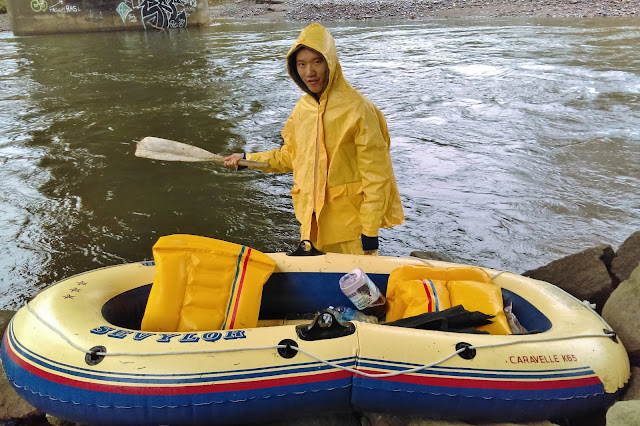 On Saturday, November 5th, it was a bit rainy but it was also the last chance for Chu Sum to do the Puyallup... river. So, soon as I got off work, we grabbed the raft, rain gear and some snacks, and headed to the drop point. As we drifted down the first stretch we spent some time figuring out how to coordinate our paddling. Unfortunately, unlike in the movies, it's not always so easy as beating a drum and maintaining a simple rhythm. In fact, seeing as Chu Sum can't read minds, he often would paddle the opposite way that I wanted him to... regularly resulting in a seemingly endless turn. Nevertheless, we saw many interesting things: homes built at the edges of cliffs, cars at the bottom of the cliffs... a whirlpool (which didn't help with our coordination issue), as well as a pointy fallen tree on the edge of the whirlpool, and several fishermen. 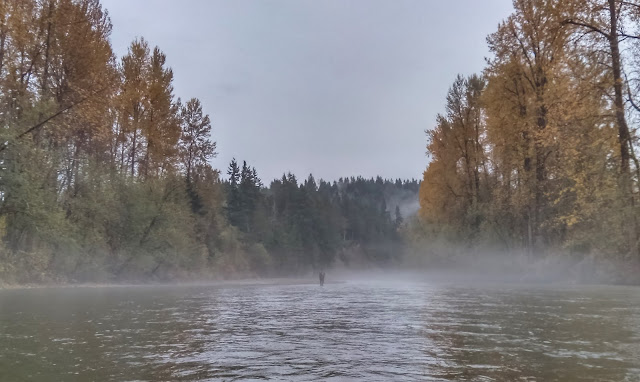 As we continued down the river we found ourselves on the wrong side of a gravel bar at which point Chu Sum ended up having to get out and drag us because he was in the front. Overall, even with the rain (maybe even because of the rain), we were pleasantly surprised at the beauty of this incredibly local attraction. In fact, the majority of the river, while still technically in the city, felt like it could easily have been in the middle of a vast wilderness. At the end of the four plus hour voyage we pulled the boat onto a random river bank in order to meet my mom for pickup. We may have startled a lady whose yard we had to pass through (she was actually a bit irate) but it was an otherwise ideal landing only a minute walk from a reasonable pickup spot. The next day we met with the neighbors and had some donuts. Then, as the eve of Chu Sum's final day came near, I used the remaining daylight to teach Chu Sum how to ride the dirtbike.


Finally, the following day, we both took the bike, along with all of Chu Sum's stuff, to the airport just in time for his flight. The ride through morning traffic on 167 no doubt left a strong impression on Chu Sum causing him to further appreciate the convenience of the MTR - the subway that connects every major point of interest in his home town of Hong Kong in the PRC (People's Republic of China).

Posted by Travis at 9:30 PM 2 comments: Links to this post

On Tuesday, November 1st, Chu Sum and I went back to my dad's for a couple days followed by a trip to Mt Saint Helens. It took several hours of riding before Chu Sum and I finally pulled up to our first stop - the Ape Caves. 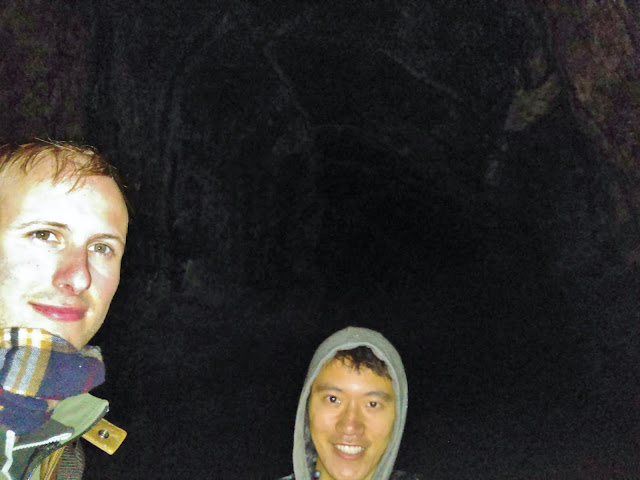 Upon entering the caves we soon realized that my lamp was rather useless. As we stumbled in the darknees, with occasional illumination from passersby, we found our eyes were able to adjust just enough so that the dim light actually seemed to be helping. Of course this was ruined by every subsequent exposure to regular strength light. What's more, Chu Sum wasn't really a huge fan of my idea of walking with the light off for intermittent lengths of time as a way to improve our night vision. Thankfully we were soon joined by some new friends who had lamps bright enough to light up whole sections of the cave. 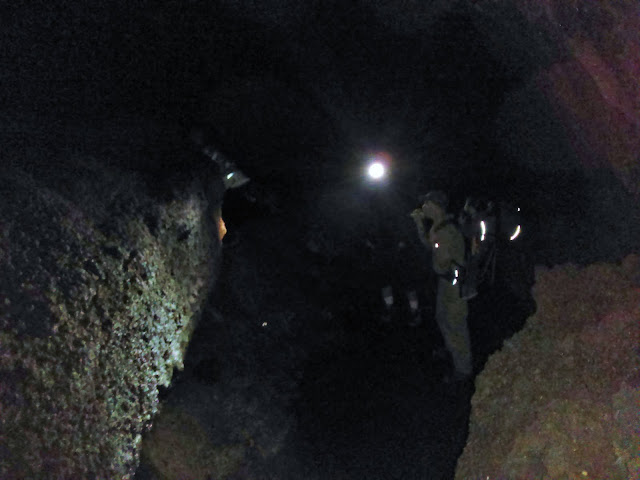 Soon we arrived at the end of the cave where we were both able climb up into a smaller area for some spelunking. I had been down there a few years back and knew that it was a tight squeeze so I let Chu Sum have a go at it... Well, poor Chu Sum smacked his head pretty good for the second time of his visit (the first time on a low metal bar at Wild Waves). 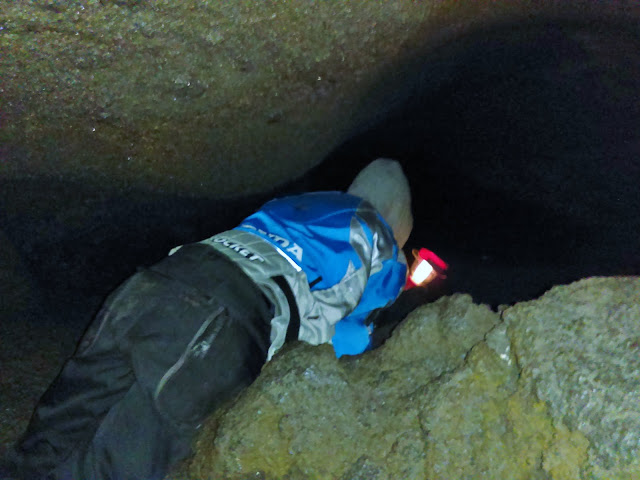 That night we set up camp and Chu Sum, motivated by tales of killer bears, prepared to fight for his life. I probably should have clarified how uncommon bear encounters tend to be... seems the idea gave him nightmares. 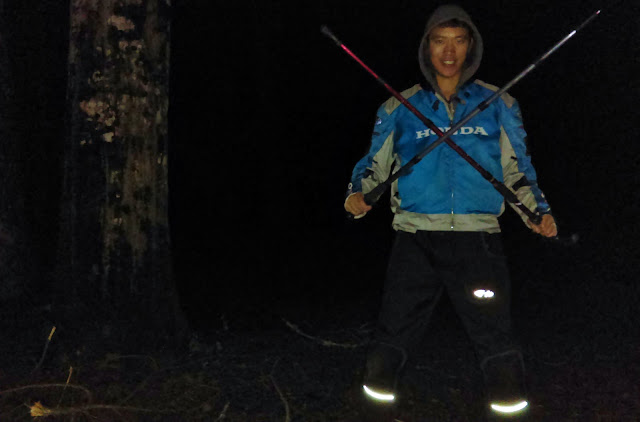 The next day we drove up to a scenic spot for some photos of the mountain. Already a bit weary, we continued a bit further to Lava Canyon. We took a short walk to a waterfall and some interesting rock formations then decided we were ready to start the bum-numbing ride back to Puyallup.