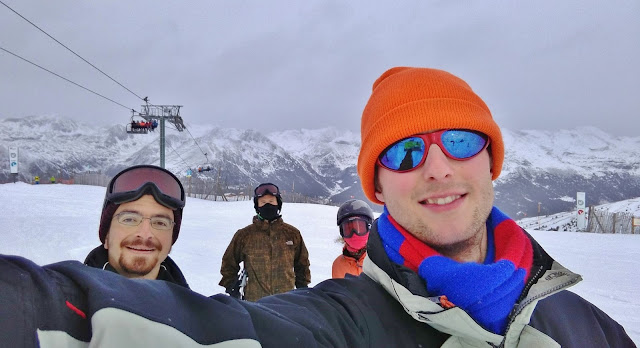 On  Friday, 1st of January, I arrived back in Madrid and went to Preston's to plan the next trip leaving the following day to a ski resort in Andorra. We booked a rental that night and, the next day, we met up with our British friend, Hannah. We then took the metro to the airport and picked up our surprisingly nice rental car (Renault Megane) which, at 50 bucks a week, was quite a deal. After picking up the fourth member of our group, Mike, we started our seven hour dash through the beautiful Spanish countryside. 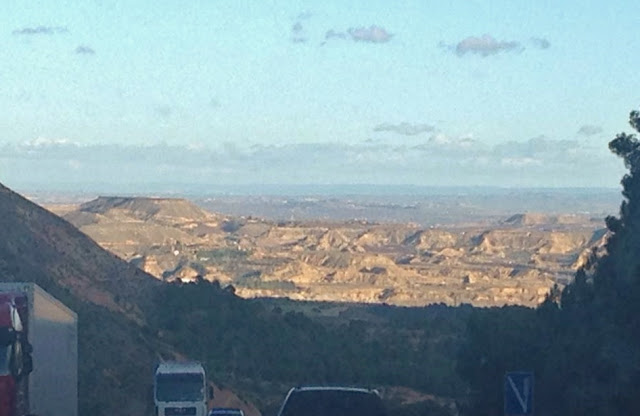 Even though we had only stopped twice (at a lake after entering Andorra and a supermarket in the town before the ski resort), we were a little late and found ourselves frantically searching for the people who were supposed to give us keys to our lodging. Fortunately, the owners were still around... just really difficult to locate. After finding our flat (also not super easy to find), we found some parking up the mountain where we wouldn't have to pay. This would later result in a bit of difficulty but was still worth it to save on daily parking. 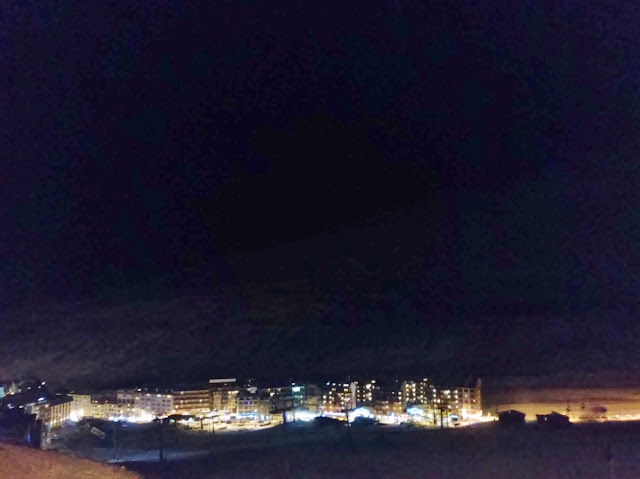 Over the next few days we went skiing every day and made the most of the decidedly budget unfriendly holiday. Granted, it was a deal at less than $500 each for several days of skiing with lodging and gear during the holiday season but, as teaching assistants with moderate income, the price we ultimately paid was still higher than we had hoped. In any case, we enjoyed our time at the beautiful and expansive resort which, being connected to a few other resorts, left us with more to explore than we even had time for. 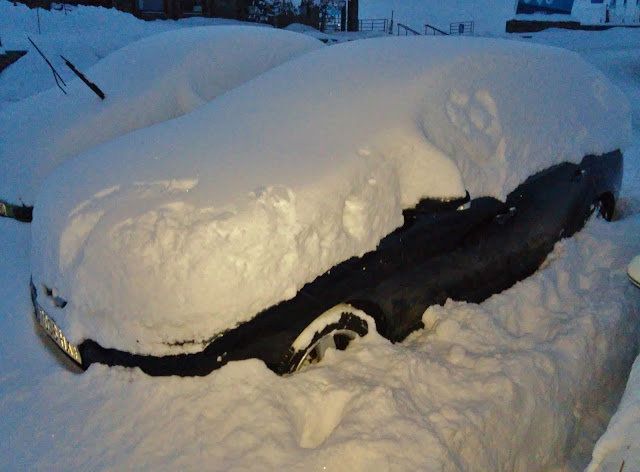 Well, as I said, our parking situation ended with something of a challenge as our car was buried under a considerable amount of snow! Now the 6th of January, classes were starting back up the next day and, seeing as it was already evening at this point, we were feeling a bit anxious about our situation. We hadn't even brought our gloves from the flat so we just did our best to sweep the windows clear and began rocking - forward and backward. Eventually, we were able to free ourselves from the snow bank and return to the flat. We quickly loaded up our stuff and hauled arse back to Madrid at speeds that approached 160 kph (100 mph)... a fine from one of the speed cams later arrived at my American address. Needless to say, I had earned it.

Posted by Travis at 9:37 PM No comments: