As summer continued, I managed a few more activities and one trip. On Saturday, the 25th of August, some of us rented a couple cars and drove down to Stuttgart for a wedding. On the way we had some fun testing out our rentals' performance on the autobahn - I got ours up to 200 kph (125 mph)!

After the wedding, we had a big feast and finished our 10+ hour drive down to Zurich in Switzerland. There we stayed with a brother named Marcos. The next day we finished the drive to St. Gallen where we celebrated the establishment of a new meeting hall. 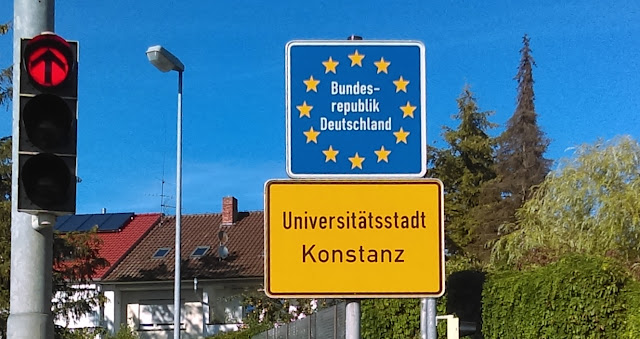 When the meeting finished, we spent some time getting to know some of the local ones before starting the long haul back to Düsseldorf.

Over the next couple months, I got a few more summer activities in with some friends: made fires and roasted marshmallows by the Rhine, played laser tag, checked out a couple food festivals, and went to Aquazoo - the local aquarium. 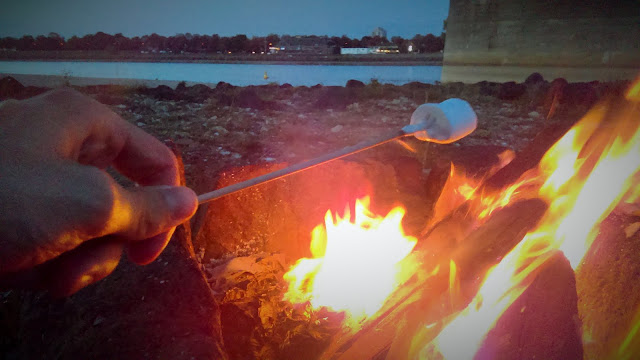 During this time I had another visitor; one who had unusual behavior that, I suppose, could be described as comical. He arrived and immediately put his stuff everywhere... I mean everywhere. He then hardly left at all as the days went by, probably because he was chronically ill for the entirety of his visit (even when he came back for a second time a few weeks later). He also killed my muesli on a Sunday... which meant no way for me to buy more until the next day. And his habits... he made regular grunting and sighing sounds, cleared his throat in a loud and elongated way, breathed out loudly after sipping tea, snored super loud, used his snooze alarm several times (he didn't have to work... but I did), and constantly left the lights on in the bathroom (which, as I told him several times, triggers an annoying fan that drives me crazy). Of course, aside from all that, he's a really nice guy and I don't hold that stuff against him... much.

Now, if such an experience isn't enough to test one's patience, driving in Düsseldorf certainly does the job. I seriously think people in this city have something against driving anything that isn't a BMW or a Mercedes. It's actually not even a question of whether your vehicle is a status symbol here - that point my students have already confirmed. What really gets me is how much they despise anything that's slower than them. Don't get me wrong, I think the driving culture here beats ours in America by a long shot - people here actually seem to have some semblance of a code. However, that code does not align with road laws. The Germans love to drive fast. Everything here is a race. Red light? Gotta be the first one there. Two lanes merging together? Gonna go ahead and cut off the guy at the head of the line. Though, I suppose it's worth noting that this is technically more efficient than just staying in one lane. So, the front guy usually actually allows it without complaint... unlike in America. Nevertheless, the impatience here is stifling, especially when you're on a tiny scooter that can barely pull it's own weight... Literally, I can hold it back with my hands and the little wimp won't go anywhere. Thanks to the legally imposed limitations on this impotent toy, people here pretty much want me dead (a colleague told me as much), even more than they did when I was on a bicycle. I still haven't gotten used to the tailgating here - it's like they're just waiting for you to fall so that they can run you over... either go around or back off!

Even when you put aside the "me first" driving culture, driving here is not easy. People park where they want, even triple park, so that sometimes you actually have to drive into oncoming traffic to get around all of the parked cars... and the police do nothing because it's actually the city's fault for not putting in more parking (apparently they're trying to force people into using public transport). Then, when I try to go around, cars behind me expect me to let them go first because they're faster. I seriously had a guy behind me accelerating in order to try to scare me into stopping and letting him go first. Then, after almost running me over during his fit, he had the nerve to pull up next to me and berate me for being in his way. Well, I couldn't even keep up with what he was saying, so I just simply replied "mach Platz für alle!" which means "make room for everybody!"

The hatred for scooters here really defies logic. I mean, Germans are supposedly all about Umweltschutz (protecting the environment), but then they get all offended when someone drives something that's a bit more economical than what they drive (okay, a LOT more economical). I literally had a elderly couple walk up behind me while I was sitting on my scooter and say "stinkender Roller!" which means "stinky scooter!". What the heck!? You think a car would smell any better? Get your priorities figured out, people. Then again, they're probably just jealous because I don't have to drive around the neighborhood for an hour looking for parking.

Coming up on the end of October, I was getting ready to head back to the States for a few weeks when I realized that I had a bit of a problem with my apartment - the mold was coming back. Well, at first I panicked and started looking for a new place, but then I found the solution - a huge Luftentfeuchter (dehumidifier). I found it at Kaufland for 70€ (50% off) and got my landlord to pay for it. Problem solved! Thing pulls like two liters (half gallon) of water out of the air everyday. Crazy.

After that, I only had one more thing to do before taking off. I asked my boss for a "performance review" to which he said "you're looking for more money, right?" Well yeah, of course! And I got it - a 2€ raise for each of my 45 minute lessons. The next day I walked over to the airport and boarded my flight. I'm glad I didn't have to leave my place - it's so convenient!

Posted by Travis at 2:59 PM No comments: Links to this post