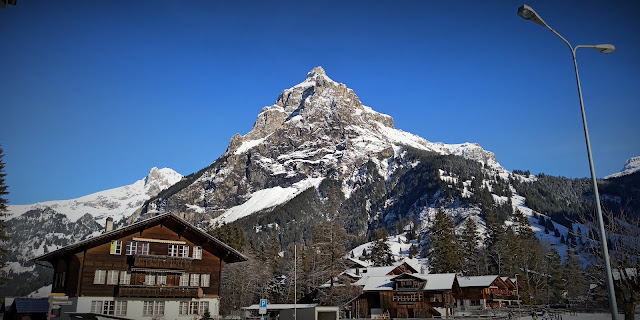 The end of my first full year in Germany ended quite well. As I said at the beginning of my last post, I got quite a bit of traveling in. Just three weeks after getting back from the States, I was again unterwegs or "on the way" - this time to Switzerland to visit my friend Stefan. 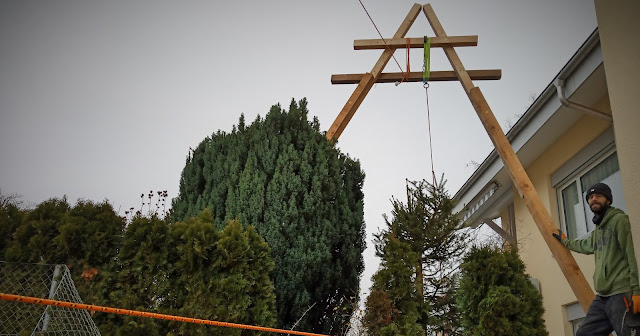 On Monday, December 24th, I packed my bags and went back to the airport to catch my flight down to Zürich. Stefan showed up shortly thereafter and we headed over to his friend Carl's for the night. The next day he had a job in Kandersteg; Stefan is a freelancing handyman, so he's pretty much always driving from one job to the next. 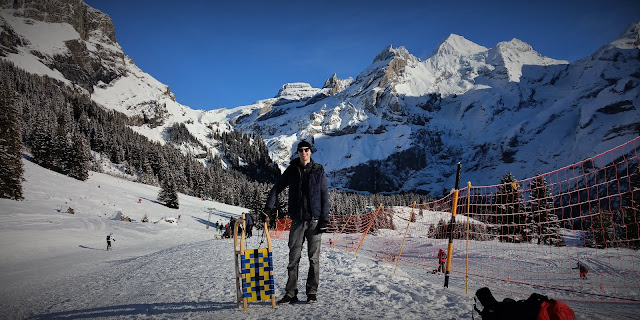 Thankfully, his first job landed us at a ski resort! After he sorted out some business with a local restaurant, we took the cable car up the mountain to do some "sledging" or sledding as we say in the Anglo world. As we, both over 6 ft (192cm), slid down the mountain on a single sled, we used our feet to steer and tried our best to stick to the sledding path. Unfortunately, at one point we got a bit distracted trying to film the ride, and we missed a turn. The following stretch was pretty intense as we basically almost fell off the mountain. We weren't the only ones though. A family behind us was also veering out of control while trying to deal with what was probably a black diamond run for skiers. We managed to make our way back up to the normal slope though, which was itself pretty steep, but doable.

Upon reviewing our video footage, we managed to spot the point where we made our wrong turn. The sign was light pink and, thus, barely visible in the light, snow-covered environment. That night we stayed at Stefan's friend Simon's place down a bit further south. Simon lives on a farm on the side of a mountain, so it was a pretty cool place to walk around.

The next day we went to a martial arts dojo where Stefan had a rather big job tearing apart a whole training room; a job that would take the next few days to finish. On top of that, he also had another job where we had to construct a custom crane using winches in order to move some massive bags of concrete chunks - definitely a bit of a mission! 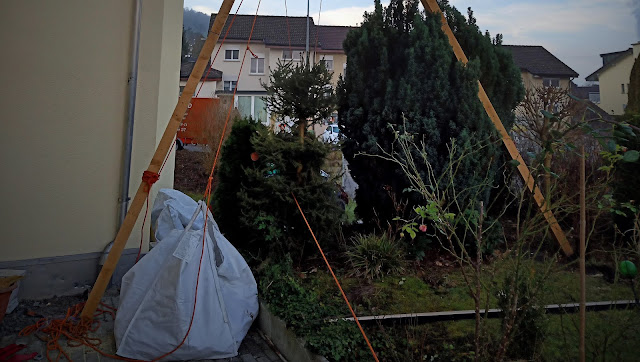 Three days later it was time to head back to Düsseldorf for the night. After one night back, I got up the next morning and went to the airport again. This time I flew to Lyon in order to join some friends for New Year's or, as the Germans call it, "Silvester" (no, not the cat from the cartoon!). Unfortunately, I had some issues (no online check-in, wrong line, long security line, etc.) and I almost missed my flight. Luckily, after convincing some people in line at both the check-in and security to let me cut, and running through half the airport, I managed to catch the shuttle to the tarmac just as it was pulling away.

Once in Lyon, I booked a Oui bus to Grenoble and grabbed a local coach from there to La Côte-Saint-André where my friend Pau lives. We then ate cheese and played board games until dinner, ate dinner, then played more board games! The next day we went to the pool to swim and sit in the sauna a bit, then went back and played board games again (Pau has a couple shelving units loaded with games). Finally, the following day, after I walked the dog (spent most of the time chasing after it after it slipped out of its collar), we headed up to Lyon to spend Silvester eating Raclette with some other friends. 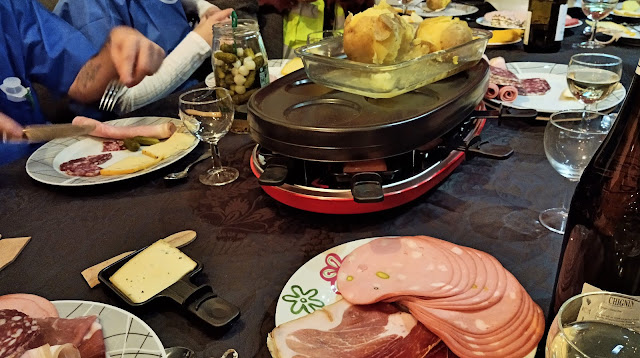 The next morning we went to Grenoble to do some skiing, but we didn't really have time, so we drove back down and visited the city before heading to the airport. All in all, it was a "Guten Rutsch" ("happy new year!") as the Germans like to say - a phrase that literally means "good slide". Something we did plenty of back at Kandersteg!

Posted by Travis at 4:14 AM No comments: Links to this post