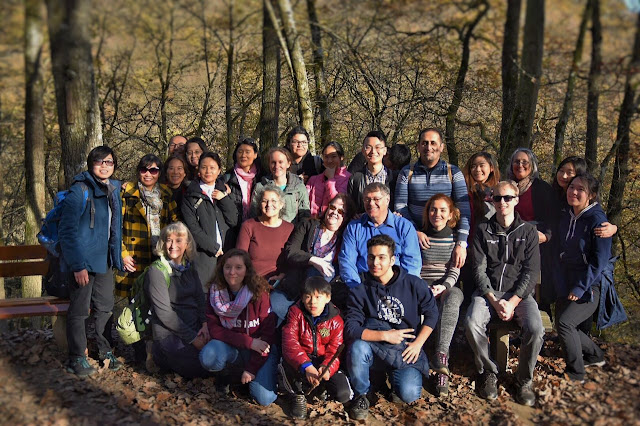 Düsseldorf is a really nice city with lots of opportunities and things to do. At the same time, it's actually quite small for a city, so it actually feels more like a town (it's even in the name "dorf" which means "town" or "village", and the Düssel is the river that the town was built on). In the end, the only problem here is one that you can't really avoid in Germany, Europe or, in fact, most countries - bureaucracy. Within the first couple weeks I already had a job and a place to live (which was pretty impressive considering that the city has a housing shortage), but I soon became painfully aware that these things were hardly even the first hurdle. In reality, it would be another several months before I was officially welcomed to the neighborhood.

On Saturday, the 21st of October, I joined a group from the church on an excursion to Schloss Burg - the largest reconstructed castle in North Rhine-Westphalia. There we saw lots of medieval relics, and I somehow ended up in the stockades. 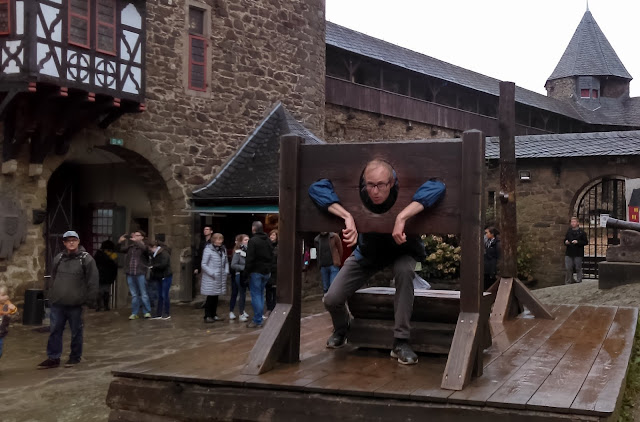 The next couple days I walked around Düsseldorf and met with a new couchsurfing friend, Michael. I then stayed at Michael's for a night before having to finally resort to staying at hostels. The one night at Michael's was nice though - we had Baba Ghanoush for dinner, and really tasty Macedonian figs for breakfast. Later that day I had a successful interview for my future job as an English trainer at Sprachcaffe. That same day I also found a place for $250/month in an area called Rath. One of my couchsurfing hosts had suggested that I make a profile on wg-gesucht.de, which is where I eventually found a WG - or, rather, it found me. WG, or wohngemeinschaft, is the German word for shared housing. I was very happy to find such a deal in Düsseldorf... even if it was just a tad pink. 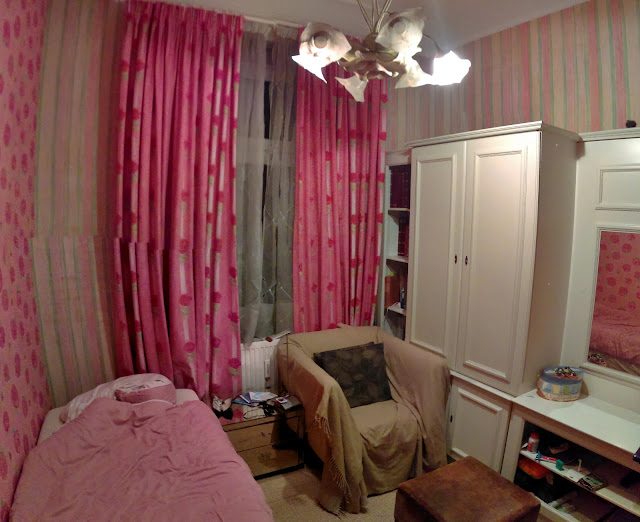 The next day I went to a couple more interviews just to see more of my options. I then spent the next few nights at hostels before finally moving into my new place. During this time I met some backpackers, one of which was a legal professional. She told me how to prepare before going to get my German license. Lucky for me, I'm from Washington State which means that I don't have to do the written or practical tests in order to get my license in Germany (reciprocal agreement) - I just have to give them a translation (70€), application (50€), and photo (7€). I also have to let them cut up my American license for some reason but then, after a few weeks, I'm all set with a German license which is valid all over Europe! 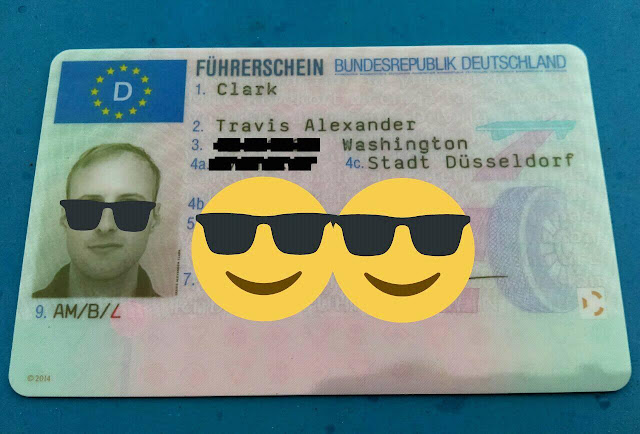 This is great because the written and practical tests cost a fortune (about 2000€). The next day was Saturday and, according to another backpacker, that meant that there was a massive Trödel & Antikmarkt (flea market) open down in Bilk where I could get myself a bike for less than 50€. I was definitely pretty motivated seeing as my motorbike was on its way out... 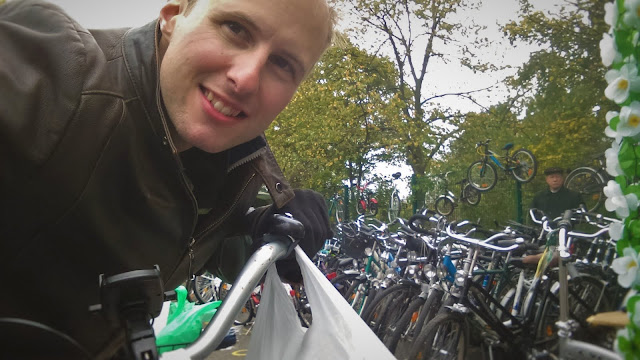 I also picked up some things for cooking at my new place - a rice cooker, waffle maker, etc. Then, two days later, I finally moved in. My landlord, Gabi, was real keen on having regular chats, making waffles, and eating dinner with all us housemates. It was a nice place for me... while it lasted. Unfortunately, a month later I would have to move. 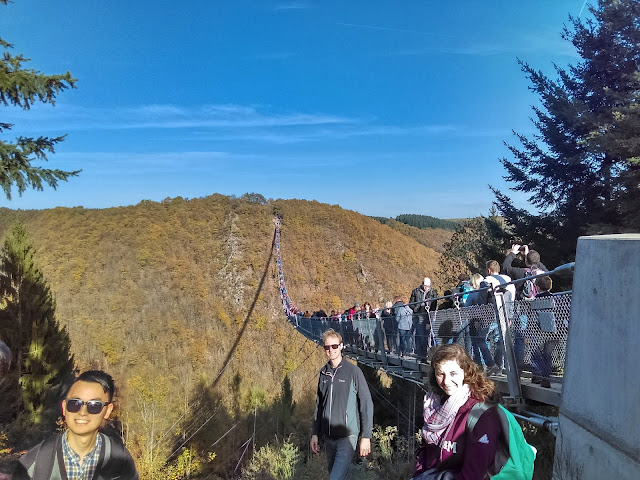 The next day I went on another excursion with the church. This time we went to Geierlay Hängeseilbrücke - a suspension bridge in the low mountain range of the Hunsrück in central Germany. After a short walk over to the bridge, we crossed it then took the long way back through the valley. This was quite a bit longer than expected, but a beautiful hike nonetheless.


ALL PHOTOS
Posted by Travis at 1:40 PM No comments: