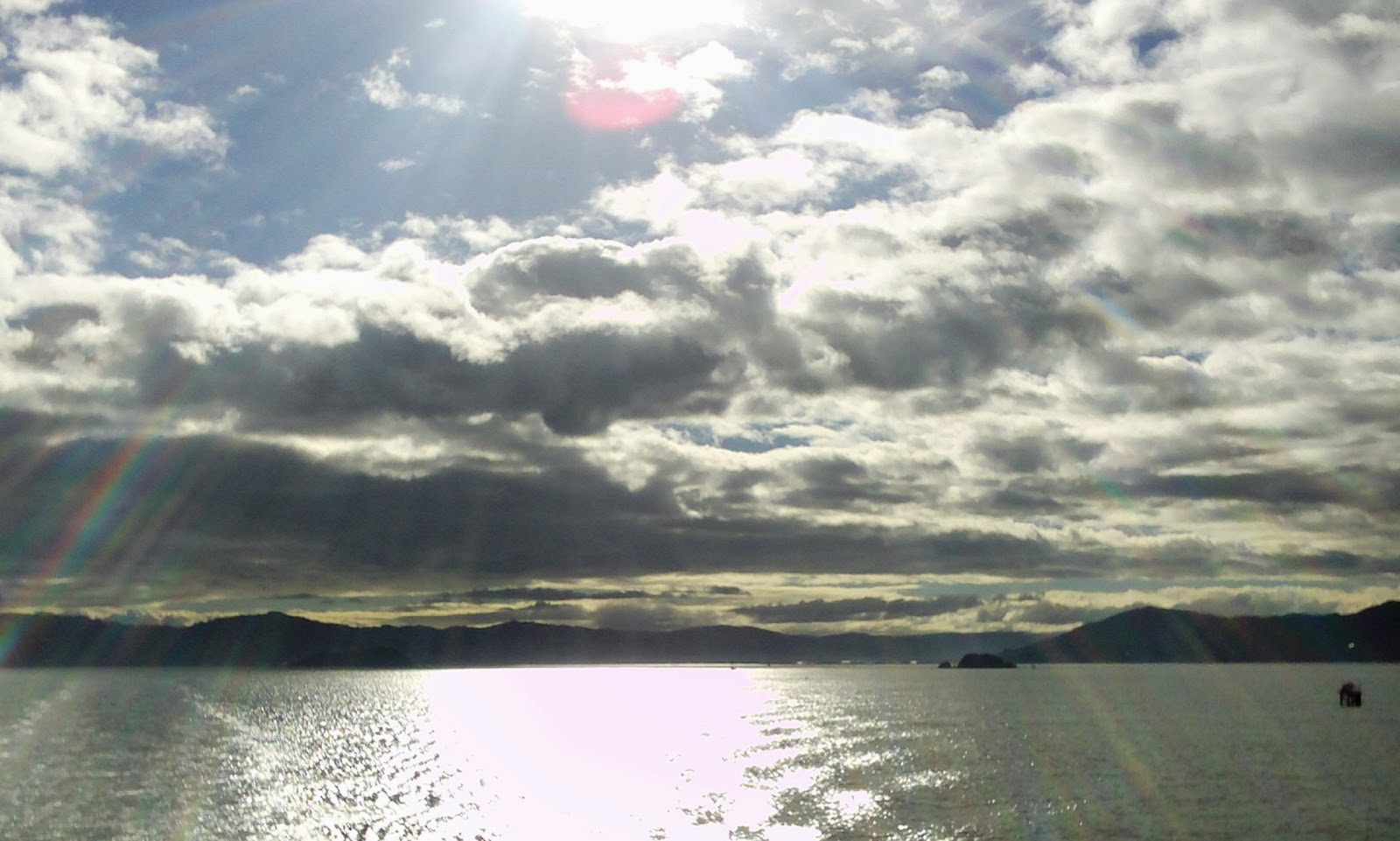 On Saturday, June 29th I woke up and hiked to my bike with all my gear. After arriving at the ferry a bit tired and hungry I found that it had actually been delayed two hours. For a while I sat in the terminal talking with a German dude then waited out on my bike talking to two kiwi army guys. Finally, we boarded and I spent the next three or so hours playing card games with a bunch of kiwis who live on an island in Thailand.

My arrival on the South Island was refreshing but my journey would not be an easy one. I immediately lost my sleeping bag (and found it) and further down the road my battery cover went as well. This, along with a loud whining sound, was probably due to a very steep hill which I sped down, causing excessive vibration, as my little 250cc reached over 120km in a foolish attempt to see how fast it would go.

This, of course, was just the beginning. Even though I now had extra insulation from my sleeping bag tucked in between my chest and front pack, I soon found myself going numb and experiencing intense pain in all my limbs as a result. 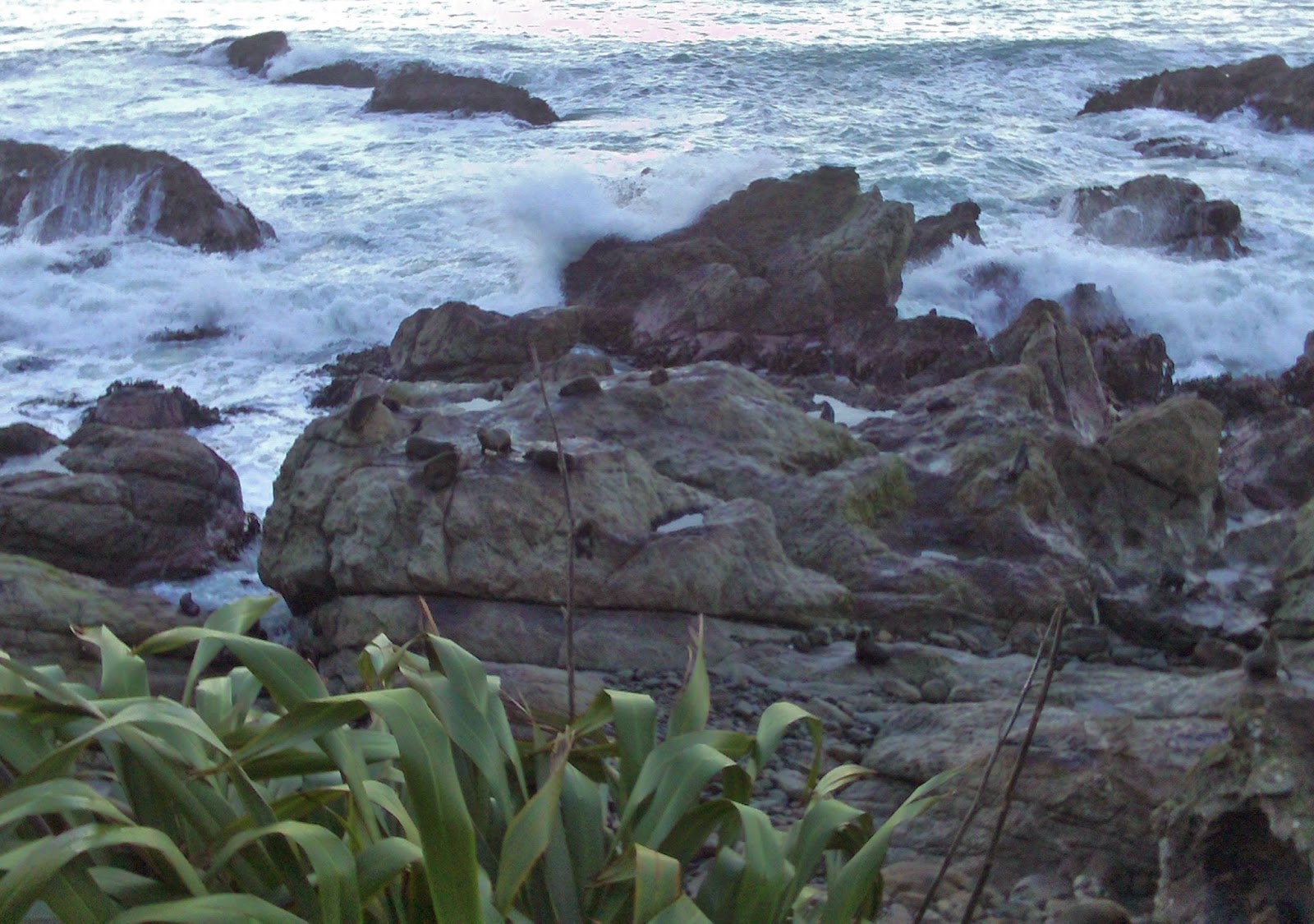 Soon after stopping to see the seals at Ohao Point, I ran out of petrol. With no idea how much further it would be to the next town I switched to reserve and rode for what felt like hours. As I was losing all hope of ever reaching civilization, I arrived at an outpost of Christchurch. Laughing aloud with a surreal sense of relief, I puttered up and filled my tank.

That night I arrived at the home of Leanne and Arthur, had a hot meal and gratefully thawed out on the couch. Never again would I underestimate the distances of the South Island... ok well, maybe a couple times.

Posted by Travis at 8:07 PM No comments: 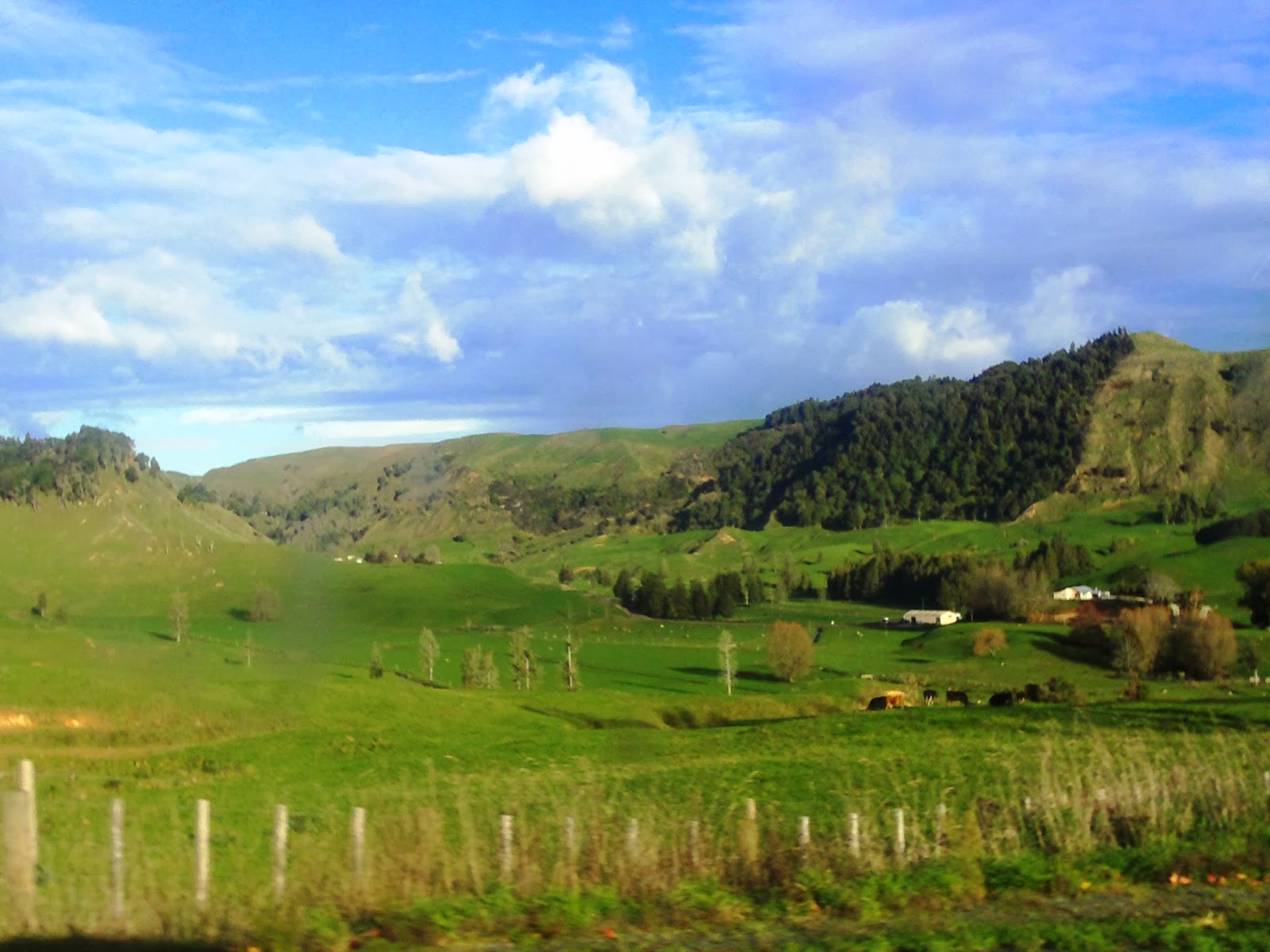 On June 21st we returned to Hamilton for a conference over the weekend. A few days later we returned and over the next few days I worked and saw everyone a few more times, even Aaron from up in Waikanei. On my last day Raj bought us a mountain of fish and chips and I prepared for the next leg of my journey...


ALL PHOTOS
Posted by Travis at 5:53 PM No comments:

Over the past weeks I've been working for Raj, taking invigorating showers with the garden hose and living in my cabin on the hill. Raj has found many uses for his new assistant, things such as: cold calling customers, cutting up car tyres, working on his website, picking up customer cars and anything else he can come up with for me to do.

On June 1st I enjoyed a two day conference in Feilding then picked the bike up for the last time - I am now the proud owner of a 2004 Suzuki GN 250. 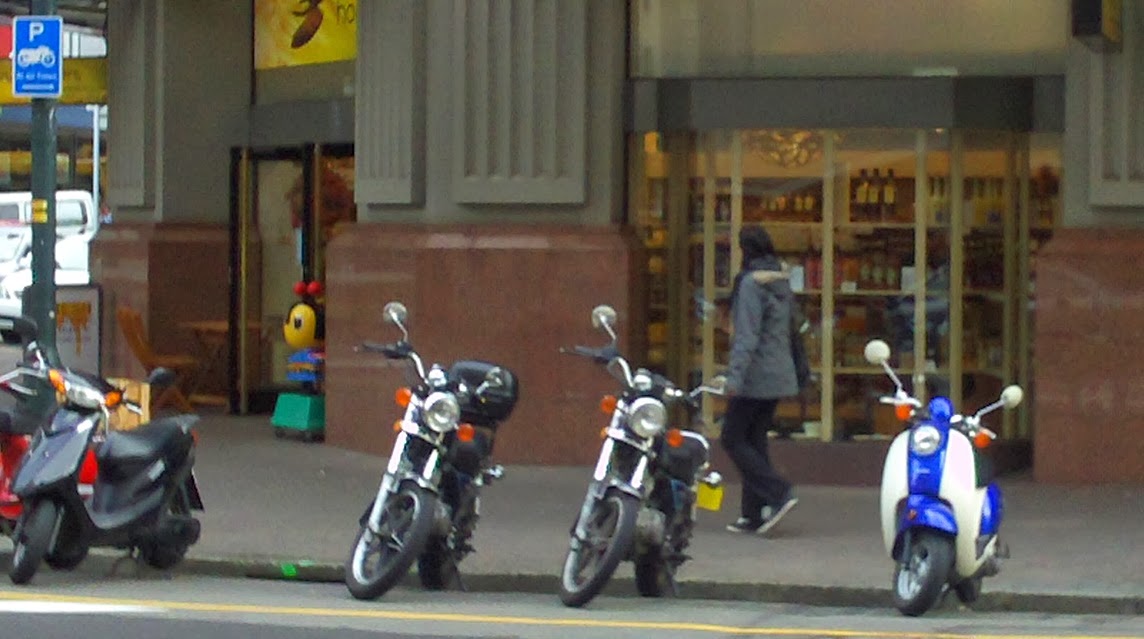 After checking on my old campsite on the Oroara and visiting Fiona in Woodville, I rode to Waikanae to visit Aaron and then back to Wellington the morning after that.

On June 8th we had the third and final farewell for Mike at an Indian Restaurant; the previous one had been at Thai Chef. On the 10th I bought my tickets for the inter-islander ferry to Picton (South Island) and about a couple weeks later we had a big storm hit which tested the stability of my cabin. Fortunately for me James is a pretty experienced carpenter and, aside from the rocking sensation of being on a boat, the cabin held firm. 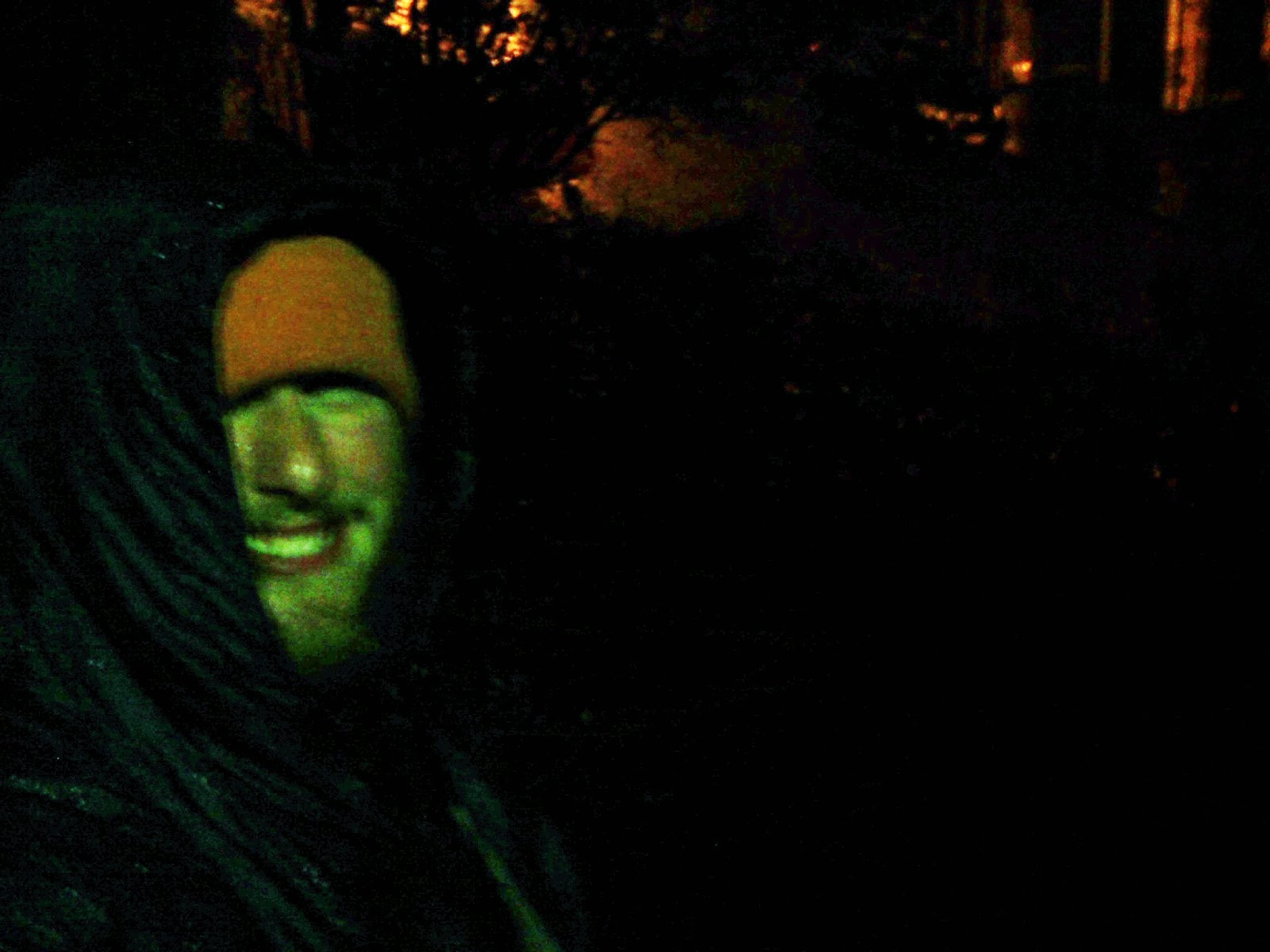 ALL PHOTOS
Posted by Travis at 2:46 PM No comments: