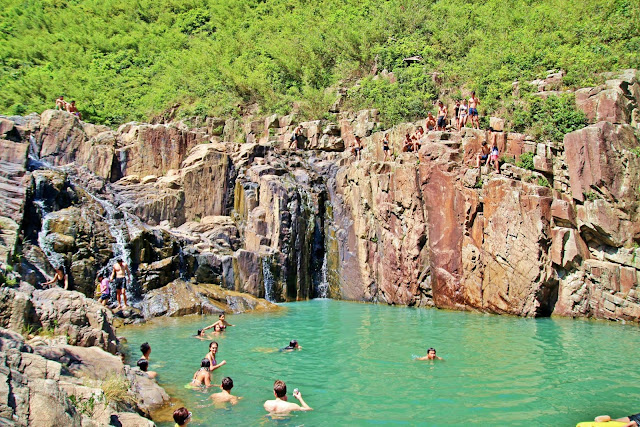 June was the month of cliff jumping. On Tuesday, the 9th of June, Ayden and I took the MTR to Choi Hung Station, the minibus to Sai Kung and another bus to Sai Wan Pavilion. From there, we hiked 40 min and arrived at our destination - Sheung Luk Stream. We jumped off the cliffs and swam for a few hours then realized that we would be too late to take the bus back. So we hiked... for three hours to another village where we could catch a bus back to Sai Kung. 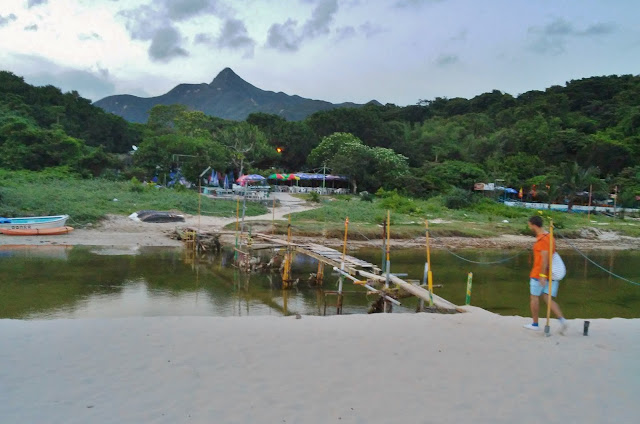 About a couple weeks later, I went back with Jurgen, Chu Sum, Isaac and Juanito. We jumped all day as well but, this time, we took a taxi back from the pavilion. 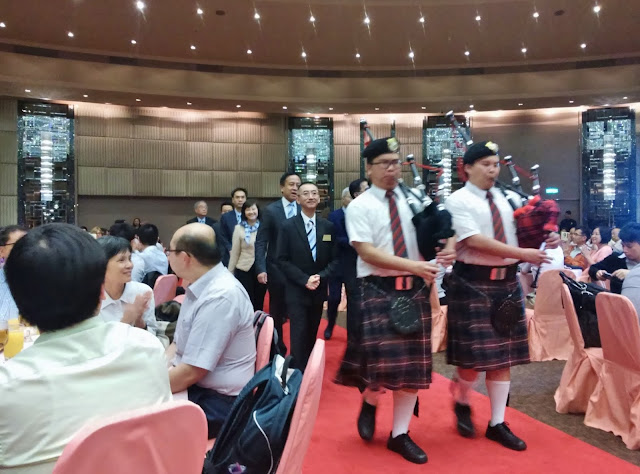 May was a strange month in Hong Kong... First, there was the ridiculously expensive student fashion show sponsored by a big fashion company in Hong Kong. Our students, and a couple of teachers, were provided thousands of dollars of clothing and trained for their performances on the catwalk. Next, there was the incident where I got in trouble for standing between two of my students who wouldn't stop talking/swearing in my class because they felt I didn't have the right to disrupt their conversation... Then I got stung by two jellyfish while playing water polo at Deep Water Bay during a lightning storm. Later, I got in trouble again because my students could see my nipples through my shirt... well, maybe in the right light they had a point, but then you have to wonder why they even care... I'm a guy. And finally, of course, there were the Chinese bagpipers at the fancy school dinner during which our eccentric hosts made jokes and called out lottery numbers.

To be clear, I did NOT take part in the fashion show. The blond guy was a coworker who is apparently not entirely uncomfortable wearing makeup... I, on the other hand, have my dignity. Though, I did have to push a fat lady out of my way to get off the train that morning - she wanted my seat and I wanted off the train... well, in the end, we both got what we wanted.

As for "nipplegate" (as my coworkers so graciously labeled it), I've just decided not to wear my light-yellow shirt anymore as Hong Kong is way too fricken hot for an undershirt. Of course, the students were also concerned about my bellybutton because it shows sometimes when I go to tuck my shirt in... but I'm not paying for a tailor to make a shirt my size so they're just going to have to get over it. As with all Western things in Hong Kong, the prices are considerably higher than buying the local standard. Also, I don't like spending money for things I already have.

Lastly, while the fancy school dinner was a bit unusual, it was also very, very nice. They gave us some kitschy gifts, played live music and fed us some wonderful food: suckling pig, fish, tasty chicken and noodles, sweet Chinese red bean soup and some nice wine... so yeah, not bad!

Posted by Travis at 4:06 AM No comments: