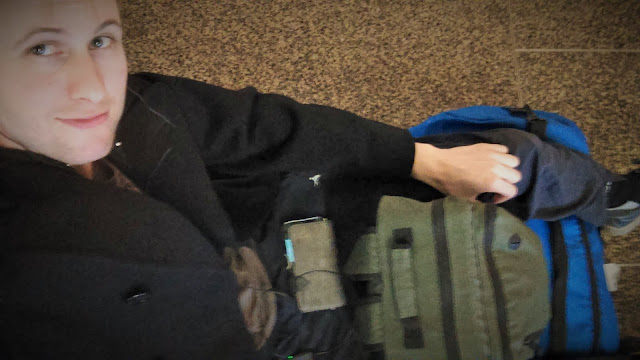 November brought me back into travel mode. Not only did I get back to the States for the first time since my return to Europe, but I also finished the year quite strong in general. Though, if you ask my family, they might suggest that my visit was a bit... off. Seems the idea of working while on holiday doesn't sit well with a lot of volks.

Anyway, the first day of the month I crammed a bunch of stuff into my giant rolling duffel that I got at Aldi for 10 euros, and walked over to the airport to catch my flight to Seattle. The next morning we went for pancakes and I ran some errands. I stopped by Walmart and updated my glasses for $60 then went to the Department of Licensing to renew my license; the German government had insisted on taking my other one when they gave me my German one... kind of defeats any purpose they might have when one can just get a new license issued for 15 bucks back home!

That evening I caught up with the local church and, the next day, my brother over in Ellensburg. After getting back, I made my controversial move of signing paperwork so that I could pick up some hours at the college during my visit - starting that night. It's worth noting though that I basically only worked nights, so I was always available during the day to spend time with family... a win-win in my book.

Over the following weeks I visited my friends the Stampers down the street, voted for some local stuff, as you do, cleaned out some of my stuff in the attic, and got my motorbike up and running again. I still borrowed one of my mom's bikes when we went on rides, but it's nice to know that my cheapo machine still runs!

Near the end of my visit, I worked all night before spending Thanksgiving at my dad's, and then working that night as well... it was rough, but worth it! I got double time for three shifts because of the holiday. What's great is I basically managed to nullify the costs of traveling and missing a month of work.

On my last evening, I finally managed to meet up with my friend Josh who, having bought a VR headset years before, was excited when I suggested getting an Oculus Rift on a Black Friday deal. I had already gotten a really good deal on a gaming laptop, so it seemed like a good idea. Unfortunately, the laptop, which was supposedly "Oculus ready", didn't work with the headset. I guess it just wasn't meant to be. So, after spending an hour with the tech people at Bestbuy trying to get it to work, we returned both the laptop and the headset (~$900) and I picked up the Oculus Go instead ($180). This turned out to be an excellent decision as, not only did I save tons of cash that I probably would have regretted spending after the fact, but the portability of the Go made it possible to submerse myself in virtual reality during my flight back to Europe! A bit weird, sure, but totally worth any looks from other passengers that I wouldn't be aware of anyway. Also notable is the fact that the Go actually has better video quality than the more-expensive Rift.

Anyway, I arrived back in Düsseldorf a couple days later where I found myself waking up at around 430 in the morning for the first few days. I was pretty pleased to be back in my own place and, more or, yeah, less, on my normal schedule. Most of all, I was happy to be free from the wild beasts that my mom calls pets... particularly the big one that has no concept of personal space! 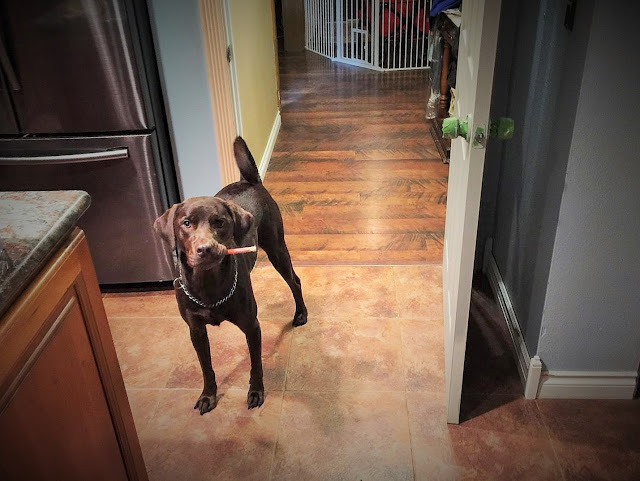 There wasn't one day that I didn't come back to a ear-shattering, peace-obliterating chorus of howling dogs. Back in Germany, I enjoyed visiting the Weihnachtsmarkt (Christmas market) again, eating out with colleagues, and spending time with the local church. 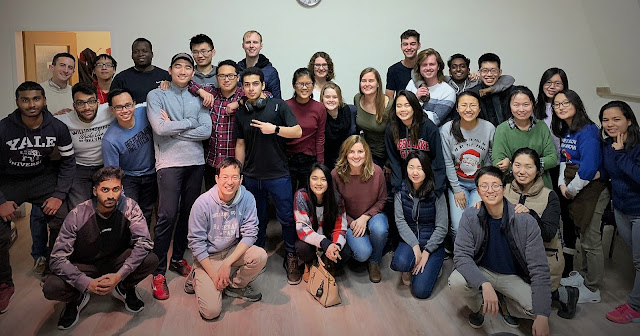 ALL PHOTOS
Posted by Travis at 4:29 AM No comments: