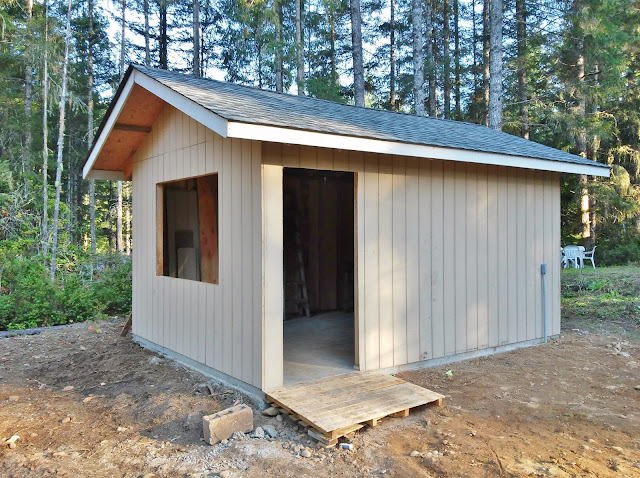 On Thursday, September 10th, my dad and I laid the foundation for my tiny house. The day before that we had finished preparing the forms but we still needed a foundation for the foundation. Early in the morning we started by piling up a solid base for the slab to sit on and we placed some plywood around the outsides of the forms to contain the concrete. We also had to put some dirt around the plywood to keep it from bowing out. Finally, the cement truck arrived and we started pouring. 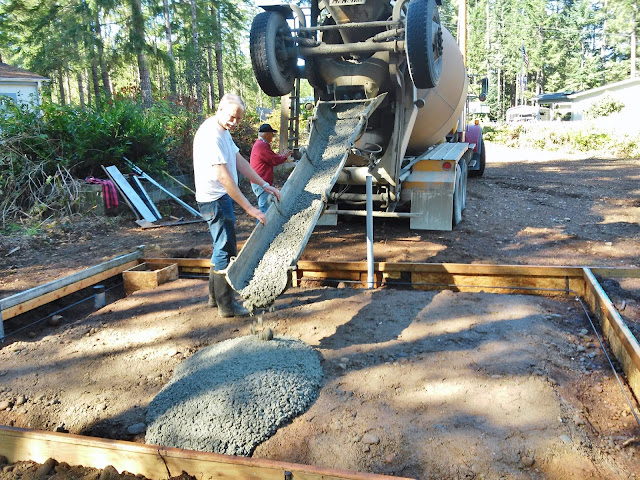 A week later I came back and we started putting up the walls. We were at it for a couple of days and the third wall had to be lifted up by the excavator so that we could carefully lower it down over the plumbing that we had stubbed off around the perimeter. 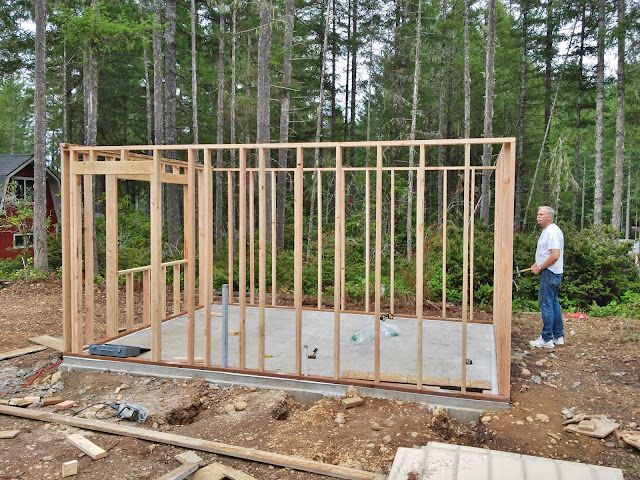 During the following week back in Puyallup, I went with my mom to have lunch with the
Stampers for their 69th anniversary. We met at Indochine in Tacoma where they had ordered mountains of super delicious Asian food from different cultures - definitely a place worth checking out if you have the cash. 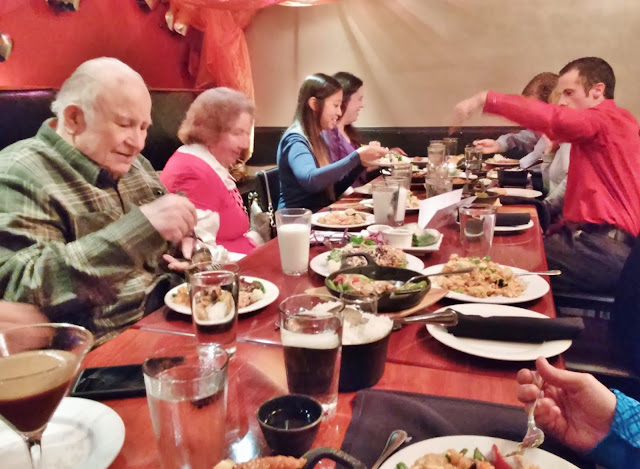 A few days later I was back with my dad putting the roofing on my tiny house. This took two days and, a few days after doing that, we installed the power cables and lights. We also installed the door and the outdoor electrical socket for plugging in a mobile home.