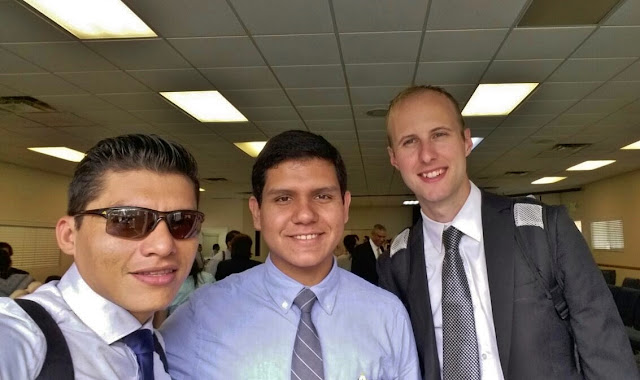 As I mentioned in my San Diego post, my trip to California was mainly for the purpose of preparing for my future in Germany. The emigration trainings, like this one which followed the Semiannual Summer Training, are not common. In fact, the last one was all the way back in 2008. Nevertheless, these emigration trainings, as with regular trainings, serve both practical and spiritual purposes. You learn about the culture of the target land as well as some relevant spiritual principles which provide guidance for day-to-day living. For example, we should avoid causing problems in society, as well as within the church, by being conscious of how we affect those around us both socially and spiritually. On the other hand, we shouldn't become introspective, as that also has negative side effects with regard to both our outward behavior and inward growth.

During the training we actually learned a lot regarding this matter of being balanced, or "sifted", by outward and inward factors. This is also really practical when you consider that German culture is so unexpectedly different from North American culture. Adapting to this change requires that you be open to, for example, seeing the flaws in your own culture or, at least, the benefits of another. German history plays a considerable role in the current culture. Before Germany became "Germany" it was a divided land of so-called "Dutchies". These different groups fought quite a bit right up till the Prussian invasion, which resulted in the implementation of ordnung or "order" as Germany officially became a unified country in 1871. Naturally, they now hold very strongly to the principles of law and order - more so than perhaps we are used to in North America. This strict adherence to the status quo can be seen in many aspects of German culture. From the way they plan their futures (and they do love to have a plan!) to the way they behave at a crosswalk. If there's a red man, or "Ampelmännchen", and someone crosses anyway, one should be prepared for some highly judgmental stares as well as possible legal ramifications. 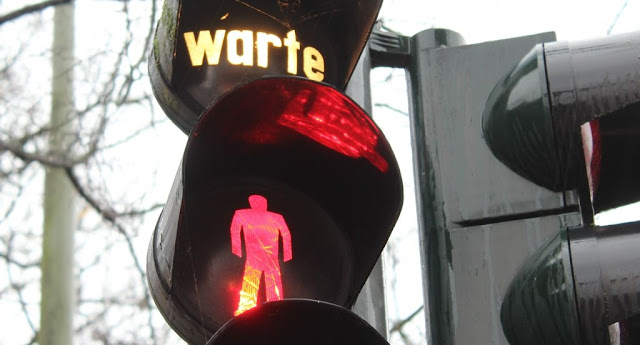 This matter of adapting to the German way was touched many times during the training. After all, even reasonable opinions are still just opinions. It's important that we don't embrace our peculiarities, especially at the expense of our assimilation into the local society. And, while there is always a need for boldness in this kind of move (Matt 28), it was explained that we shouldn't be afraid to "underfunction". For example, one should say "we struggled with this also" as opposed to "we do things differently where I'm from."

Of course, it almost goes without saying that we should avoid imposing our own culture on another. Nevertheless, this has been a problem all throughout human history. Even when we have good intentions, we often find that our zeal/excitement causes us to overstep our bounds and cause problems. On the other hand, overthinking can lead to "analysis paralysis". So, again, we see that "sifting" effect coming into play as we learn to respond appropriately to our circumstances and, more importantly, allow ourselves to be lead by the Spirit.

This is obviously another aspect of emigration that the training focused on. We can imitate holiness and be a problem all the same, but life is something that grows, adapts to, and overcomes all situations - good or bad. In fact, our natural capacity in our mind is a huge liability. We can be really gifted even in so many ways, and yet have no ability to love. I really appreciated this statement that "the one accord is the master key to every blessing in new testament". If we have life then we have love and, if we have love, then we will be merciful with others and righteous with ourselves. This is one way in which the Spirit leads us in our day-to-day life - we stop trying to "improve" other people. That's not to say that we should be quiet, as that would just lead back to the imitation of holiness but, rather, we should be listening, and waiting for the leading in our spirit which empowers us to do all things (Phil 4:13). The biggest question in this whole training, which has everything to do with this "leading", is "can I enjoy and express the Lord when I get there."

This question really touches on our purpose of being in Germany in the first place - to be a testimony for God. Not that we go there in a movement (I also teach English overseas, so I'd be there anyway), but not that we go there just for ourselves either. One of the best things about working overseas for me has always been that it helps to keep me from becoming complacent. When we put ourselves in a new environment, it stimulates us and causes us to grow. This scenario may seem like it just benefits the individual but, as a result of this daily renewing experience, we're able to share more of our enjoyment with others. It's actually this flowing out that allows us to receive even more (Eph 3:2).

Overall, the training was not easy. Interestingly, it wasn't even the discipline that made it so difficult. In fact, the main challenge in the emigration training, for me at least, was the self examination. It's really hard not to be introspective about our motives, concepts, etc. when the truth is often so contradictory to our nature, i.e., we don't always see things the way they really are. One problem, for example, is the feeling to argue with authority - I hate being told what to do. I think we all do to some extent. Thankfully, overcoming this tendency doesn't require that we "do" anything but, rather, that we just be open. Though we may fail the examination after 3.5 years of training (as was basically the case with the apostles in the book of Acts), we are assured that all things will work together for good if we love God and are called according to His purpose (Rom 8:28-29). This is the meaning of consecration, and it doesn't actually have anything to do with what we are able to do. We shouldn't even be too worried about making mistakes (Phil 4:6) because, believe it or not, even our mistakes can lead to good if we are those who care for God's purpose.

Overall, the training wasn't so hard outwardly - though I'm told it was actually more strict than the long-term training. It started on Wednesday, July 12th and lasted for just three and a half weeks. Hospitality was provided along with a buffet three times a day, so we wanted for nothing. I'm really glad I went - I think the Lord really blessed our time there. I was also able to get back just in time to catch my dad's birthday. 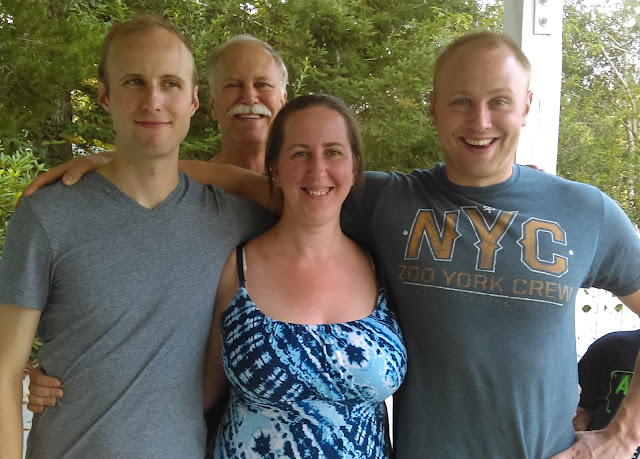 ALL PHOTOS
Posted by Travis at 3:22 AM No comments: