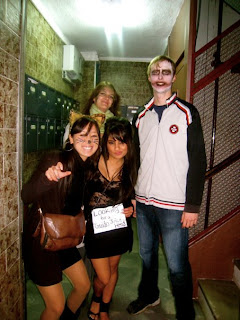 Today for Halloween I went out as a Zombie and/or Heath Ledger. Either way, people were plenty creeped out. Fee and I went to get the others and we all went to a club. We saw some interesting costumes and at about 6a we left and I got a Schwarma.
Posted by Travis at 3:34 AM No comments: Links to this post 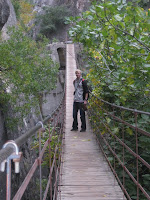 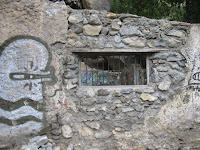 Today I got up at 7a to go hiking in Monachil with Elise and Andreas. After we arrived we began following a route that Andreas found online. We found a huge valley with a bridge and a strange brick structure with the goofy graffiti commonly found Granada. After climbing around in the hills for a few hours we headed back through an orchard and into town in time to catch the bus back to Grandada. 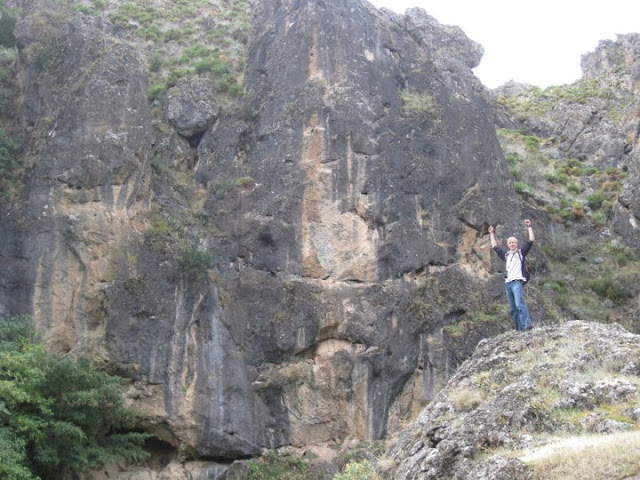 All Photos
Posted by Travis at 3:38 AM No comments: Links to this post 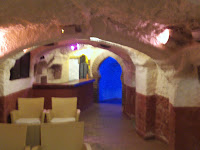 10/15/2010
Today I woke up at 5p… I spent some time at the computer lab at the Huerta de las Angeles building and later went out to Sacromonte to check out El Camborio. On the way I ran into Thomas who showed me a little bar/cave where they were having live flamenco performances. I really enjoyed the music, the performance in general was pretty vibrant.
10/16/2010
Today I woke up late again and relaxed until around 9p then went to Thomas’ party which was actually pretty intense… at one point the police even showed up and kicked everyone out.
10/21/2010
Today we finally got internet in our apartment! I went with Paige to Hipercor and got lost on the way back. I ended up a bit out out in the middle of nowhere, but was able to get directions to the Albycin area and made my way back to my neighborhood, Realejo. Looking back it's actually pretty crazy how far out I walked, would have been a nightmare for someone who doesn't speak Spanish. 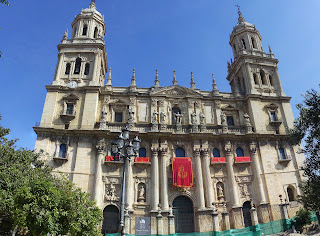 10/24/2010
Today Paige and I went to Jaen and walked around looking at many sites, including the Jaen Cathedral - a Spanish Renaissance cathedral constructed over 230 years and completed in 1802. 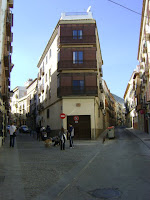 At 6p we returned for the potluck Fee and I were hosting at the piso. We ate burritos, Spanish Tortillas, Gazpacho, etc. Later we went with Fee’s friend Anna to some tapas bars and an ice cream parlor.


All Photos
Posted by Travis at 4:14 AM No comments: Links to this post

The Search for las Cuevas 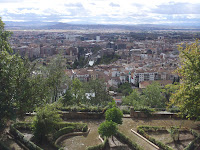 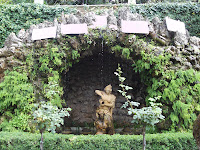 Paige and I went to look for the caves (las cuevas), but instead found a nice park and some peacocks. We went into the Alhambra Hotel pretending to be guests and got some nice pics of the city from some upper story windows. We plan to make another attempt at the caves tomorrow.
10/11/2010 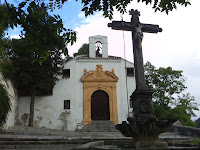 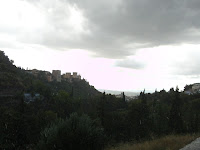 Today Paige and I went to look for the caves again and found ourselves looking at them from across a valley… on top of that we had to walk back in the rain. This time we made crepes, Spanish Tortillas and made plans to finally find the caves tomorrow. 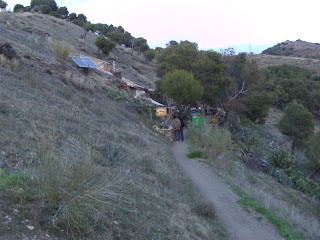 Today we finally found the caves! We took a right where we previously took a left and followed a path with plaques of poetry in Spanish. The path soon turned into a trail which we followed until we stumbled upon the first cave. This cave had something cooking out front but all I could see was the smoke. We didn’t want to go up closer and disturb the cave dwellers who were having a chat out front so we continued along the path and found another, smaller cave. Next we climbed a hill where we found another cave with a mattress in it, it was only big enough for the mattress really, but someone must have just been too desperate to care.

All Photos
Posted by Travis at 4:39 AM No comments: Links to this post