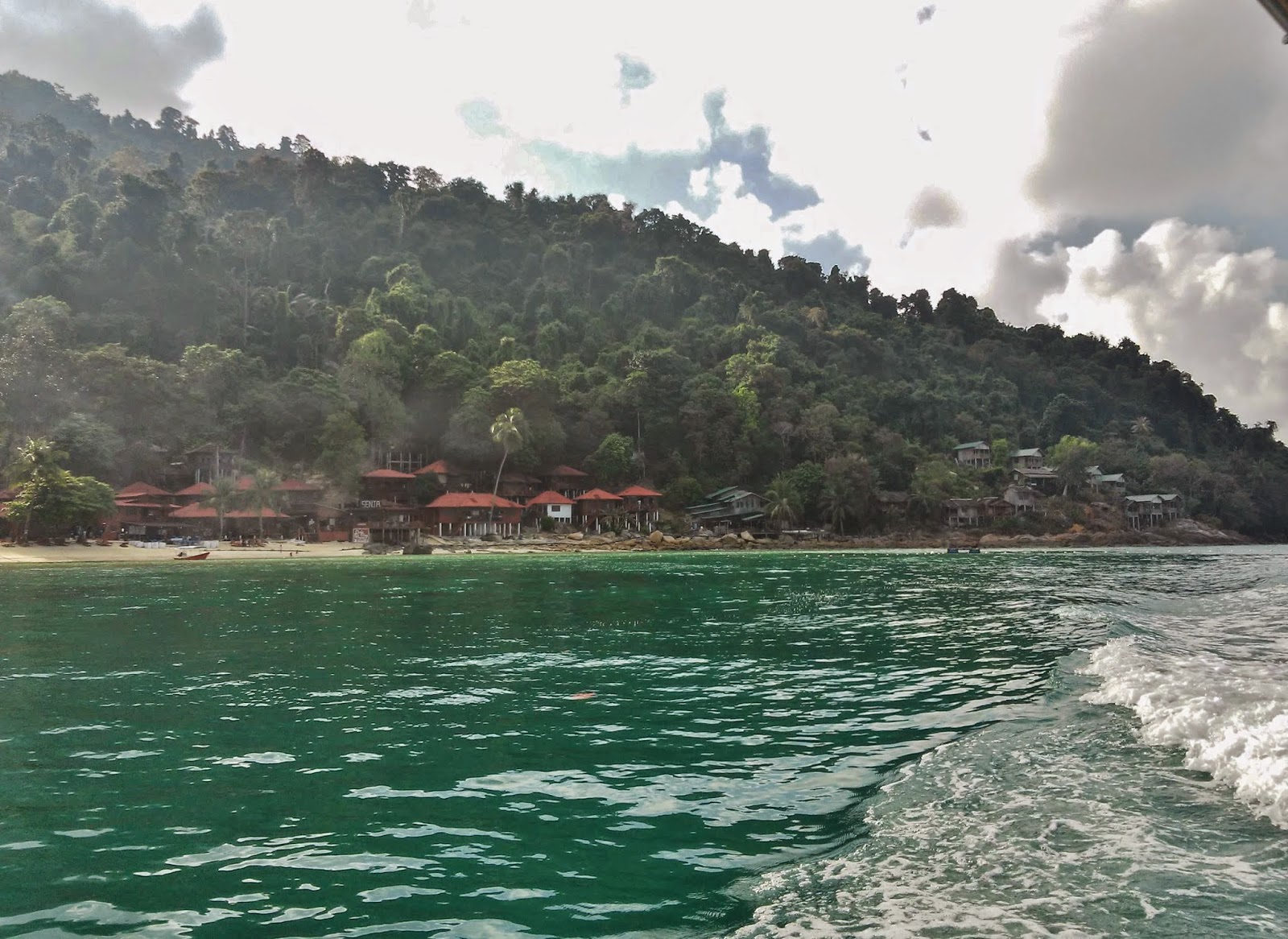 On Tuesday, the 17th of February I made my way to the airport via MTR and bus. Nothing was running at 4am when I woke up so I actually had to wait around for about two hours. After arriving at the check-in desk I was greeted with uncertainty as the nervous staff weren't sure if I would be able to catch my connecting flight. Well, they were right. My flight was delayed and thus I had no chance of catching my flight which was in an entirely different terminal. I actually had to catch a train to get to my next flight which was in the domestic terminal. Thinking I might still make it, I ran right past immigration and almost got arrested. In all fairness, they didn't actually have any signage or even gates so, as far as I could tell, they were just information kiosks!

Anyway, I had to re-book my ticket and it didn't cost a whole lot so no big deal. I got to Kota Bharu and went out to catch the bus. As I was waiting, the taxi drivers told me that the bus would still be another hour. This time they were telling the truth but, in any case, I managed to catch a ride with a new friend who was waiting for his buddy to pick him up. After arriving at the bus station, I found that there were no more buses to Kuala Besut (the town where I would catch my boat to the islands) so I ended up paying for a taxi driver in the end. This guy loved to drive fast and, as we were nearing our destination almost an hour into the trip, we got in an accident. Some cars ahead of us had stopped for some cows and we smashed into a big SUV. Luckily, it didn't cause a whole lot of damage to either vehicle as we had squished right up under it. The drivers shook hands and we were on our way again. That night I made a new Russian friend at the hostel and we made plans to meet up on the island.

The next day I got up early to go buy some stuff, since I knew it would be more expensive on the island, but all the shops were still closed and I had a boat to catch. A while later I arrived on the island and met up with my friends Kevin and his wife, May for snorkeling. I saw my new Russian friend as well, but she wasn't feeling up to it so we went on our way. 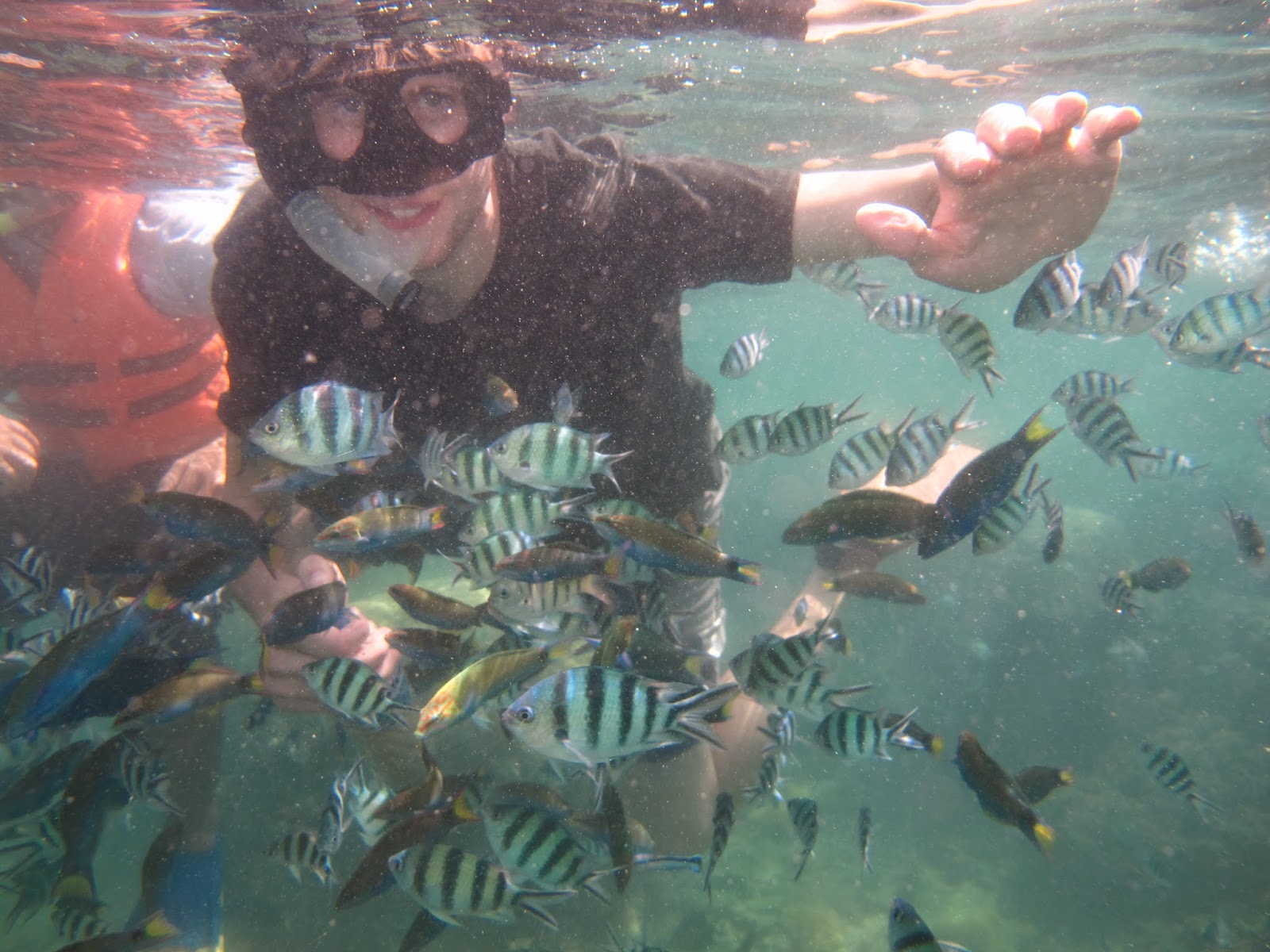 The first stop was an area with lots of coral and cool fish - we even saw Nemo. After that we went to swim with the sharks. 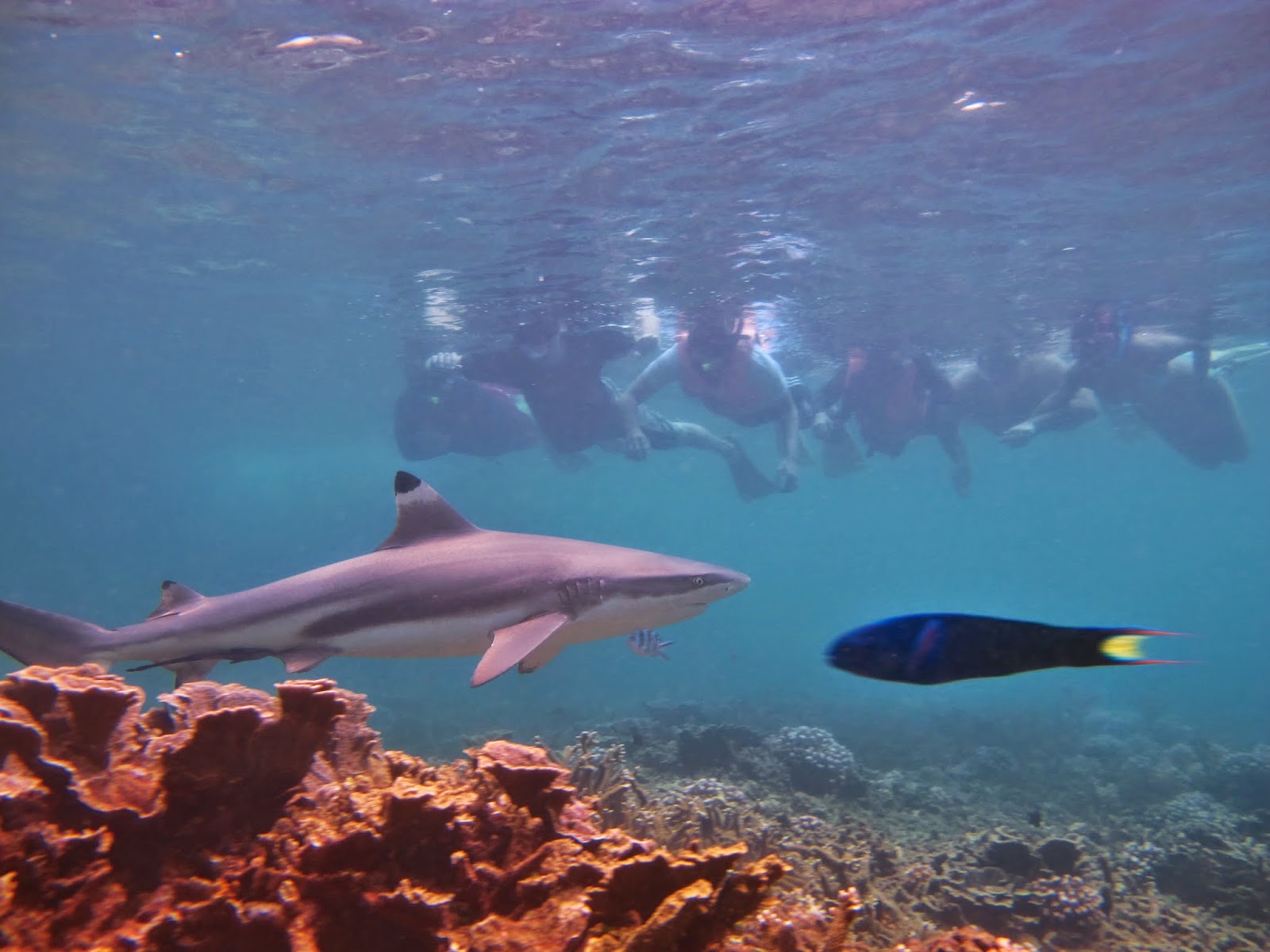 The guide was swimming around with a chewed up fish so I'm pretty sure these were a friendly variety of shark... or maybe he's just crazy. In any case, our next stop was to swim with the turtles. 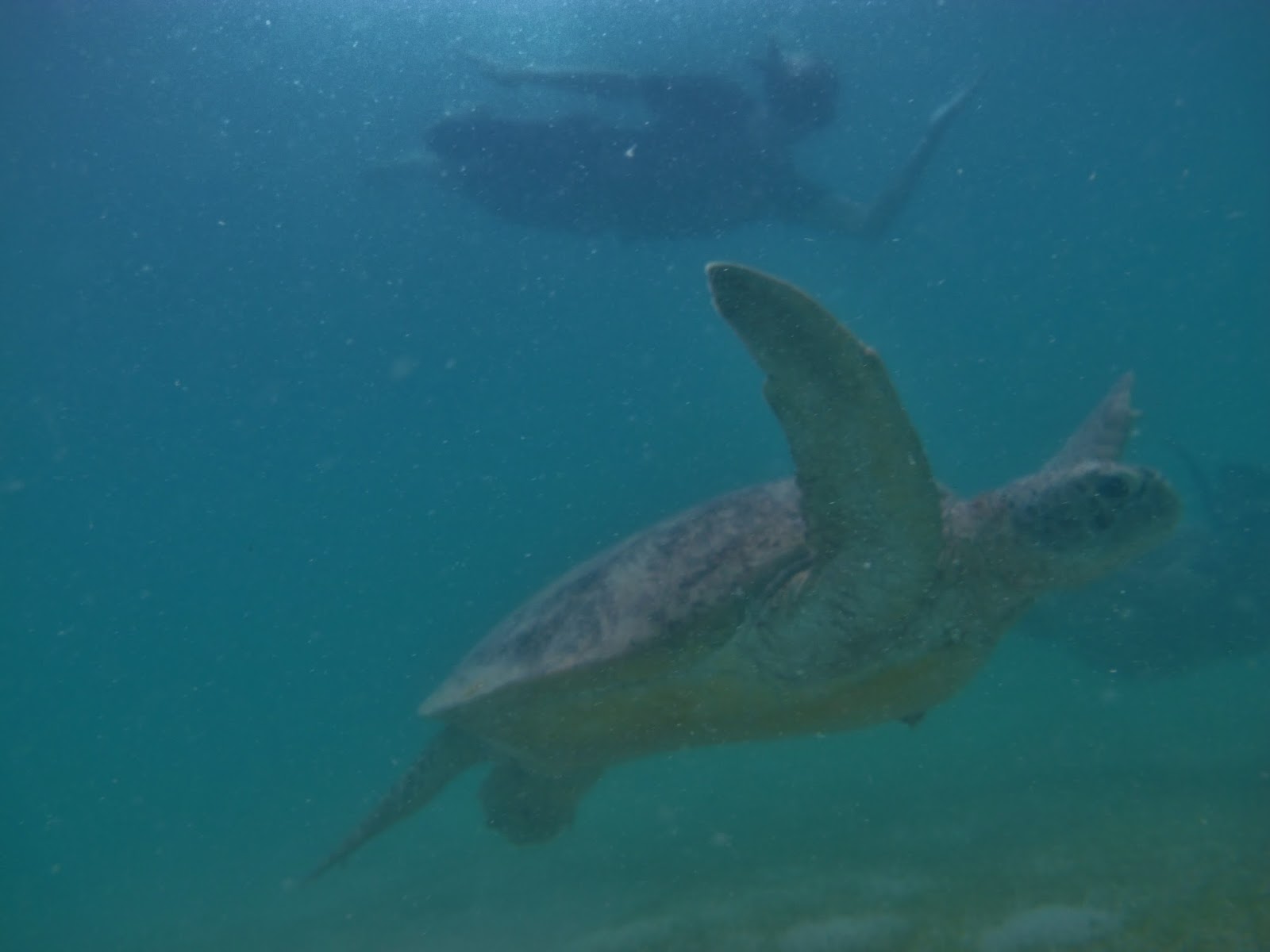 We looked around for a while and soon found one, then another and eventually we were swimming with three turtles, big ones. Much bigger than the one I saw at the Great Barrier Reef in Australia. In fact, everything during this trip was better than the GBR. Someone once told me the coral and fish life here were better than in Australia, and now I can confirm it.

After having lunch at a nearby restaurant, we set out again - this time to a light house. 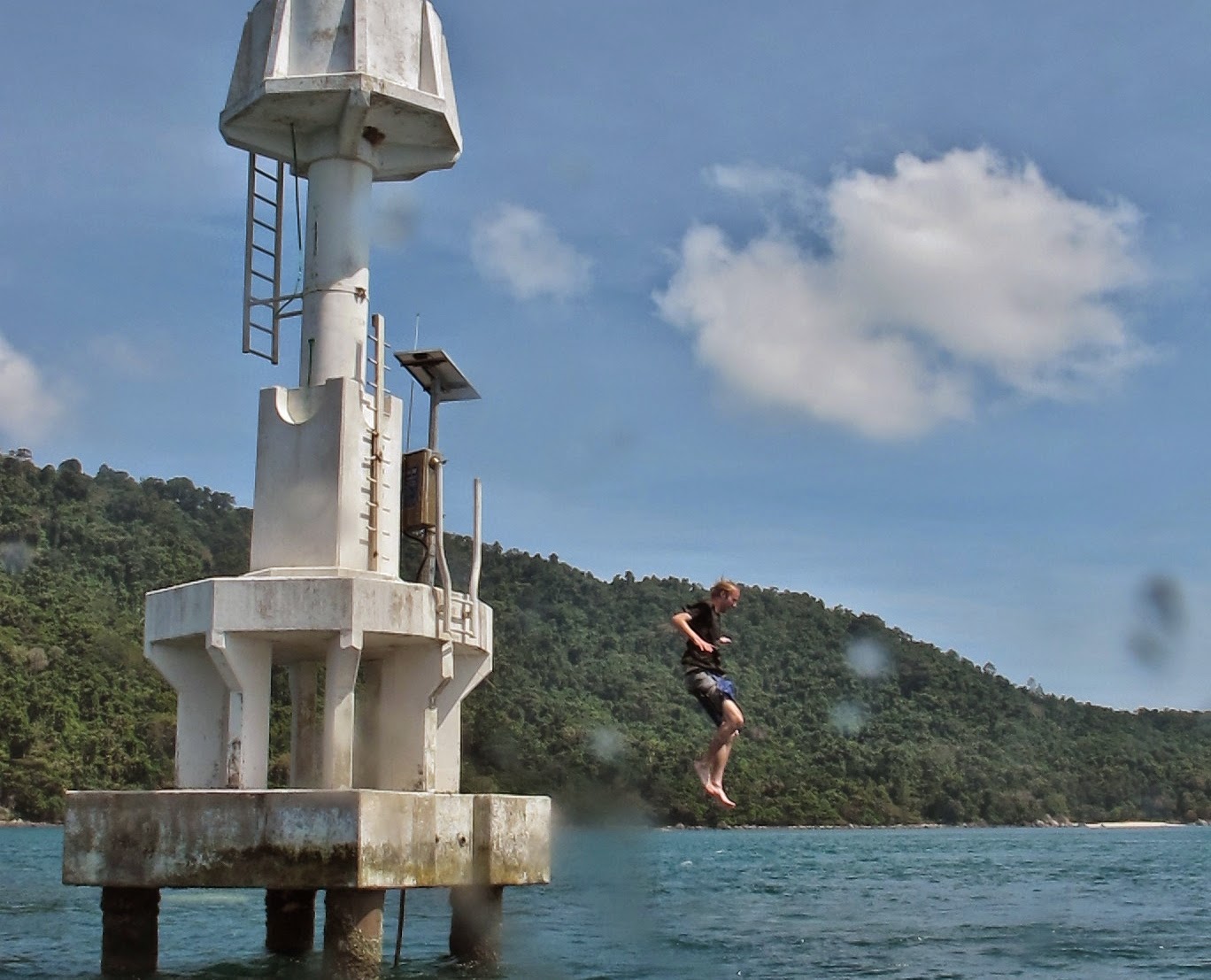 Of course, I jumped off it. After that, we headed back to the island and that night we celebrated Chinese New Year by watching a special TV program. The show had a little Chinese guy driving a taller Chinese lady around and it was funny because he couldn't see over the dash. Also, the lady told a police officer that the little guy was a professional basketball player. I didn't get much more than that because it was all in Chinese.