Another benefit of being in California is that a lot of my family lives there. In fact, it was pretty much just my parents who decided to join the flood of Californians moving up to Washington - a lot of the others stayed put. On my dad's side, a lot of my family comes from the Huntington Beach area. And, as it just so happens, Anaheim, the location of the training I went down for, is just next door to Huntington Beach. So, I took a couple days during the first weekend for a little family reunion.

On Monday, the 3rd of July, I met up with my friend Chas and another trainee, Steve, for our drive up to Anaheim. It was there that we joined the Semiannual Summer Training, which preceded the emigration training for Germany that I mentioned in my last post about San Diego. This one-week training is done twice a year in order to encourage, enlighten and build us up together while providing us with the latest words of the ministry. Many other trainings and conferences are also held for this purpose, but these two are quite large as believers come together from all over the world in order to be trained both practically and spiritually. Needless to say, the world is full of darkness - it doesn't take a spiritual giant to see that! So, these trainings are provided as a way to shed a little light on how one can see, express and cooperate with God's plan. This plan is honestly not at all complicated in itself but, like many universal truths that encompass our existence, it's hard to accept, apply and trust in it without the proper context and experience. Hence, the training. 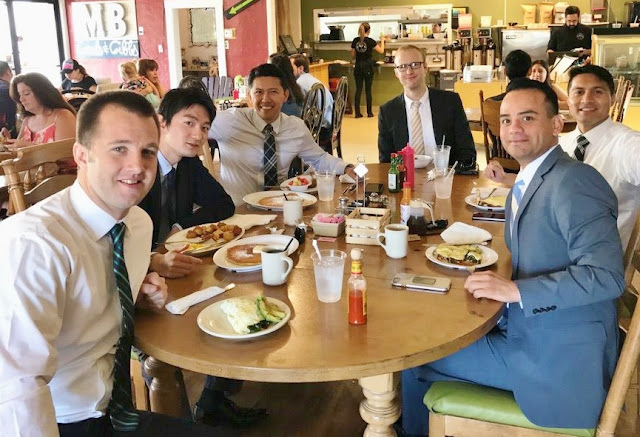 On Sunday, after the church meeting, I met with some of the Spanish speaking ones for lunch before heading over to Huntington Beach to visit some family. I took the opportunity to share with them a bit of what I had enjoyed during the training. Also, that evening, my uncle Mike cooked up a really nice meal - he's got a few skills in the kitchen this guy! The next day we worked together on the pool deck (see the first photo up top), had some grilled veggies and bratwursts, and went to Disneyland. 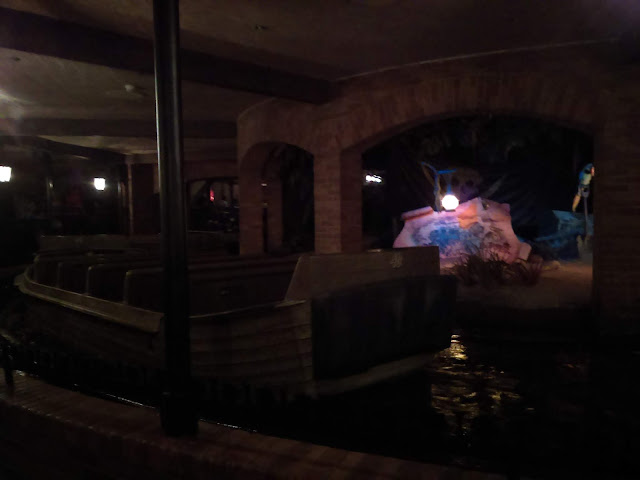 One of the rides, the original Pirates of the Caribbean, was really interesting because you could see where the movies got a lot of their inspiration. We also waited in line for the Indiana Jones ride or, as my uncle calls it, Indiana Jones and the Broken Down Ride... This, unfortunately, proved to be quite the prediction as, after we waited in line for probably half an hour, the ride actually broke down. Of course, I think the best ride was Stars Wars - must have been, seeing as the line was probably over an hour long! This was actually, according to my uncle, not such long wait for this ride when you consider its popularity. He would know too because he and my aunt go there all the time. Not only do they live around the corner, but they have discounted season passes thanks to my cousin Ryan, their son, who works there. He's also the reason why we were all able to get in for free during my visit.

Posted by Travis at 3:20 AM No comments: 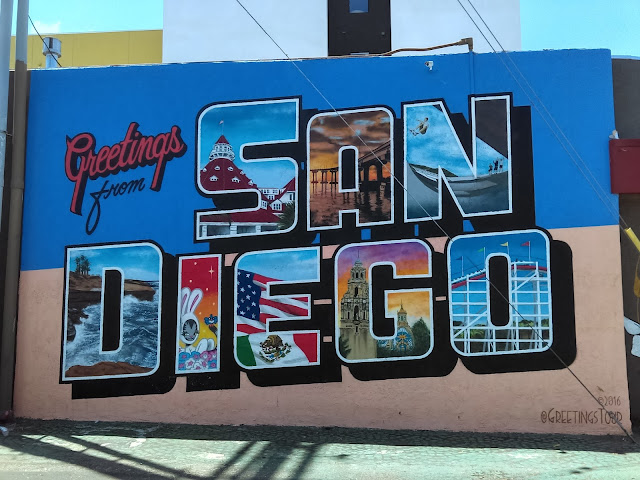 In the final couple months before heading off to Germany, I decided to join a training that coincidentally happens to be about Germany - more on that later. This training took place in Anaheim, so I had to get to California. LA was looking a bit pricey, but then I had the thought to visit another city on the way. My friend Loi, who lives in San Diego, is always happy to have visitors and, as it turned out, the flight there was quite a bit cheaper. My other friend Chas, who lives in Vietnam but, unlike Loi, is not Vietnamese but actually comes from San Diego; he was also going to San Diego for the same reason as me - to go to the training in Anaheim. So, amazingly, I ended up with a cheap flight, a few days catching up with my former colleague Loi, and a ride up to Anaheim with my friend Chas who I met in Vietnam. I guess it was just meant to be! 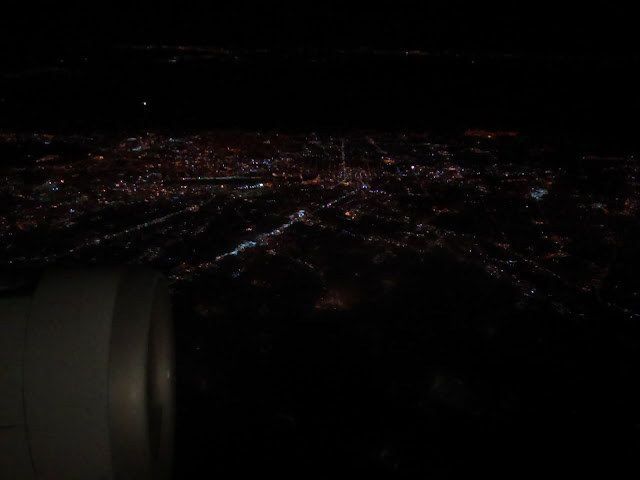 On Wednesday, the 28th of June, I flew to San Diego where I had a couple hours layover. At 9:30 I was supposed to fly from there to San Diego, but I was flying United so... you might have guessed it - they overbooked. They then offered me a voucher for giving up my seat (a voucher that I think they know most people will never get the around to using). In the end, my ETA to Loi's place ended up moving from around 11:30 to about one o'clock in the morning. Thankfully, he didn't have a problem with that. 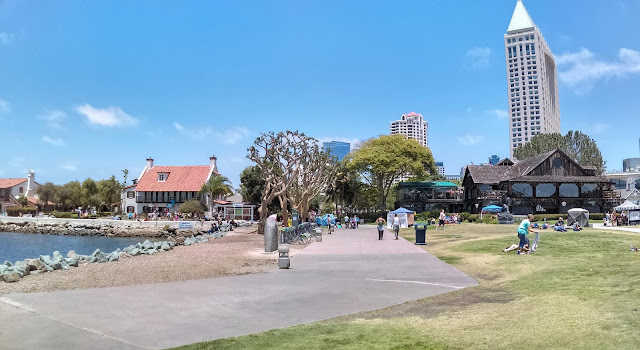 The following morning, since Loi was still not due back from work till later that evening, I did a little exploring. I started by walking around the neighborhood, then took a bus downtown. After loading a public transport card, I took a walk over to Seaport Village. It was a really nice day (of course, I guess that's standard for San Diego) so the waterfront was a good first stop. The little kitschy souvenir shops were nice to look at as well. I had soon seen enough of that though, so I made my way over to the historic Gaslamp Quarter followed by Little Italy.

The Gaslamp Quarter was cool (a lot of Victorian Era buildings) but Little Italy was far more my style. Not only does Little Italy have more to see but, in my opinion, it's more practical. I found more little hole-in-the-wall shops with items that suited my interests a bit better, such as unique foods and cultural appropriations. I made sure to stock up on some snacks before getting on the train from there to my next destination - the Mexican border. I only had time for one more activity, so I decided to visit the San Ysidro outlets there. 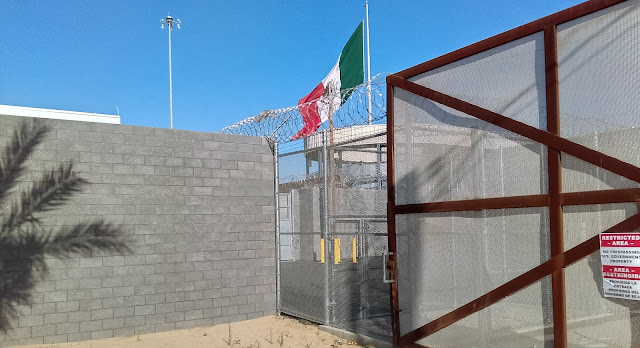 The outlet mall definitely had plenty of shops. I had a good kebab at a food court and even found churros and horchata. I also enjoyed using my Spanish to make friends with people along the way. On the other hand, I wasn't particularly impressed with the deals as most of the shops only had pricey designer goods. In any case, not a bad experience.

The next day I went with Loi and his roommate to get breakfast at Ikea for just $2 each - a crazy good deal for such a nice breakfast. We then went to the county fair, went on a ride, got some junk food, and watched the truck rally.


For the last day that we had planned, we used up the last of my groupons (I had bought them before coming to visit) to go stand-up paddle boarding (SUP). 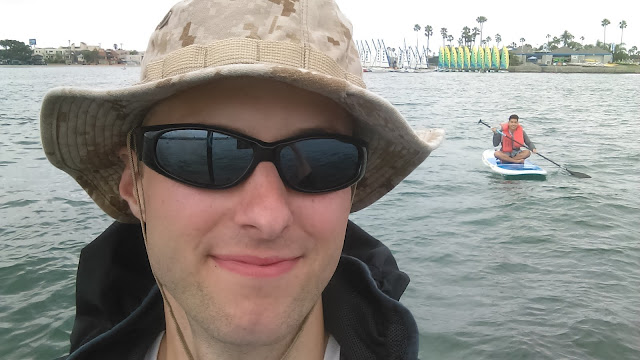 A few hours later, we went for pizza at Venice pizza house before stopping over at Coronado for a bonfire that I had found out about on Meetup. The next morning it was time to head up to Anaheim. Chas and I weren't sure about our plan so I went to the bus station to find out if I could take a bus. Fortunately, I wasn't able to get the bus I wanted, so back to plan A. Loi and I grabbed some fish tacos, stopped at a butcher shop for some local jerky, and went over to Balboa Park to see what was going on there. 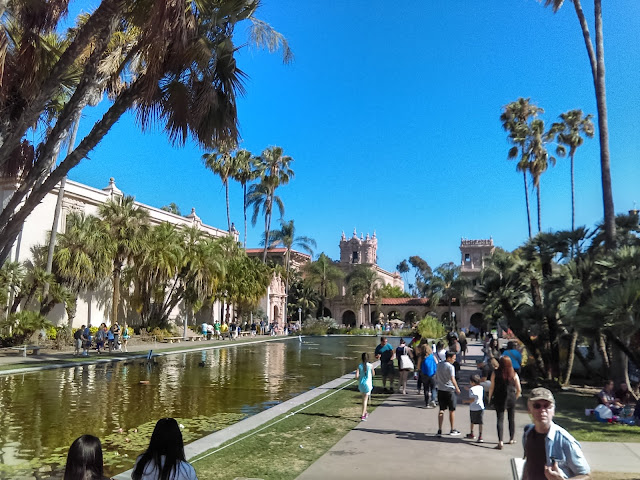 Balboa is pretty nice, and we even could have gone to the zoo with a special locals pass that Loi had but, after a short walk around, we decided to head back and get some Ramen instead.

Posted by Travis at 3:15 AM No comments: