A Flaming Fourth of July

Last night I had a couple drinks at PJ O'Briens with Michael and the others to celebrate his moving on to Darwin then I did night watch and made eggs and blueberry pancakes at the hostel.
Today I did security for the bar again and some police showed up and searched room one for about an hour. After a bit a detective showed and they hauled away an Asian guy who apparently stole an ipod and ipad from another hostel. After my shift some guy smashed a mirror in the hallway and yanked a bunch of stuff off the wall. Iano chased him out and said, "I'll remember your face."

After the meeting today I went with Pillar and his family for lunch and later we had tea at Clarence's. Back at the hostel I arrived as a group of just over 100 gays finished checking in for a convention here in Adelaide... kill me now. 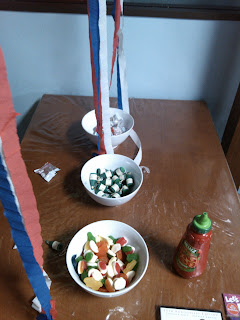 Today Jessica came and got me from my room. I had been in hiding for the last few days from the awkward conversations, annoying hallway gatherings, and overall invasion of my habitat... but she seemed convinced that it would be worth my while to come down. Too right, the English girls were throwing a fourth of July party! Little did they know the fourth of July "Independence Day" is America's day celebrating independence from the British. They thought we were celebrating civil rights or something but rather they were celebrating their own defeat by us rebel Americans! Jessie and Beck had bought snags, candy, party poppers & sparklers (the only legal "fireworks" in Oz) and an American movie as well as red, white and blue streamers - they weren't about to let this little historical mix up ruin their freedom party. After the barbie I went to the meeting hall for the dinner meeting and on the way back I learned that the graffiti on the buildings in Adelaide is actually legal - every couple of months they repaint so that other artists can have a clean canvas.

Last night I went for the second part of the sleep study with a different group. When I arrived I met Kade and Tomo.
Today we had brekky and took our usual tests during which I got a reaction speed of 146 milliseconds. After showering we did urine samples, weighed in and started the cycling. After the study ended this time they fed us BBQ chicken and Greek salad. After eating I headed back to the hostel for my security shift at the bar where I ended up having to kick a freakish tall guy out of the bar for harassing some girls. 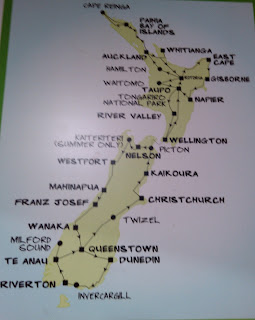 
Today I made snags for Ralph and myself. While we were eating I met a German bloke named Oliver. Oliver is a chef hitchhiking his way to Perth from Sydney. He just finished a year in New Zealand and shared some great insights for my upcoming visit. Apparently, while the minimum wage is slightly lower ($13/hour), New Zealand is also a bit cheaper, so it works out. After further discussion on where to go and what to do in NZ I got Oliver's Facebook and went for groceries with Ralph. Back at the hostel I had some goon that Ralph and I bought and watched the movie "Australia". While Ralph was working I came down and spoke with Oliver some more. He told me about the corrupt police in Eastern Europe and how they take everything from your wallet while checking your ID. He suggested a simple solution - don't carry too much or too little, 5-10 euro is sufficient to keep everyone happy. Another interesting cultural observation - while Germany does have high standards for their goods, it seems they've become a bit lax and joined America in outsourcing - things "made in Germany" are now made in other countries by German standards. After Ralph finished cleaning we joined Dave and others for drinks out on the balcony.

Today life at the Blue Galah returned to normal - no more blocked hallways, no more loud drinking until 4a, no more gross conversations in the lounge and definitely no more creepy bathroom advances.
Posted by Travis at 12:05 PM