08/30/2011
Today, after stopping to make breakfast and do the “bag explosion,” the tortoise went to the Gila Cliff Dwellings. 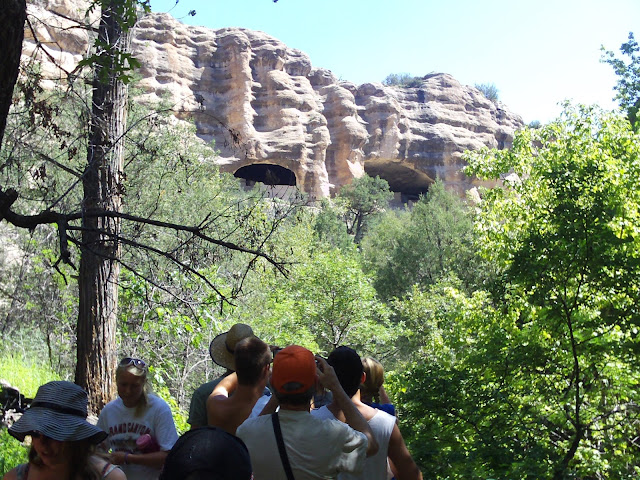 Constructed of clay mortar and beams cut in the 1280s, the Gila Cliff Dwellings were home to the ancient Mogollon civilization between the years of 150 and 1400. 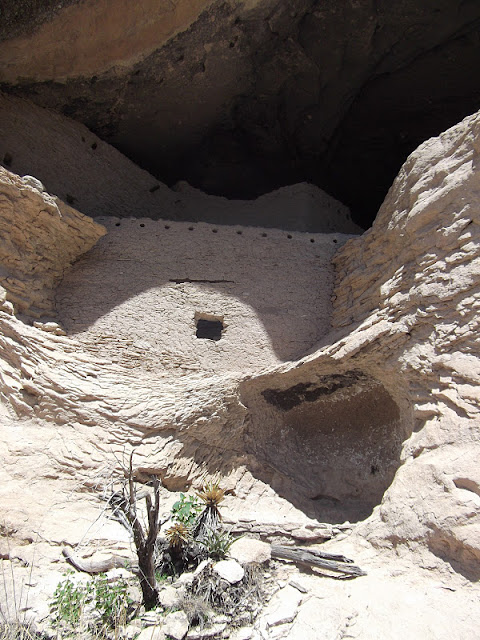 Up inside the caves you can walk around and see the dwellings where the Mogollon people lived, but no touching - this degrades the surfaces and makes them look totally different. 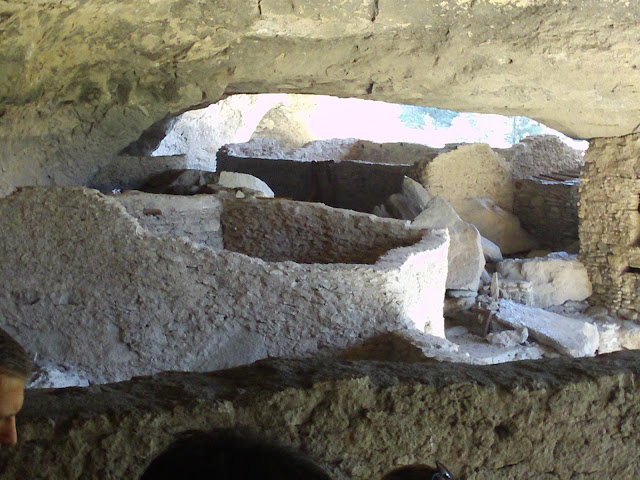 After exploring the ancient civilization we headed to the local KOA campground for the night. The campground pool was a refreshing addition to the increased comfort of stopping for the night. After some egg drop soup with rice and some drinks by the fire, thunder and lightning started closing in and it wasn't long before the rains came. Later things cleared up and would have been perfect for sleeping in my hammock had I not already gone to sleep in the bus... 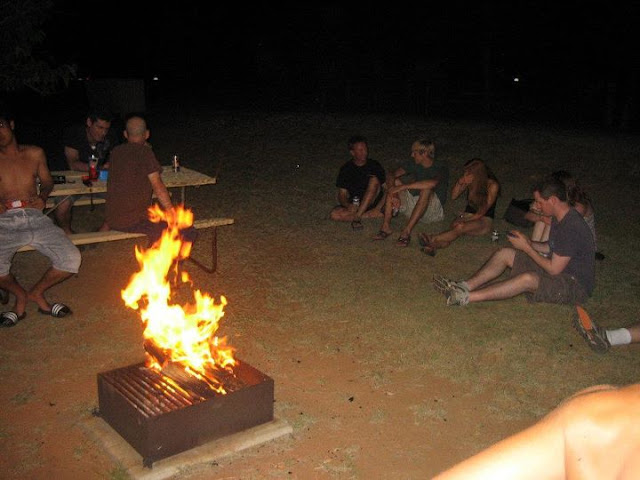