Today I went to the Mt Coot-tha lookout again to meet for lunch before heading down to Gold Coast. As we were leaving I had a soft drink and noticed red all down the side of the can - my blood. Not one, not two, but three of my fingers were gushing blood for no apparent reason. After drying the blood off I could see that they had split in many places due to chapping.

Today I went to get my taxes done at the community centre. I got on the wrong bus from Mt Gravatt so I ended up having to walk from a few blocks East. The lady there sorted it out pretty fast only to discover that I owed $1500. After reading through some things though we found cause to call me a resident for tax purposes which put me with a refund of $980. Back home I started to notice lizards on my window. 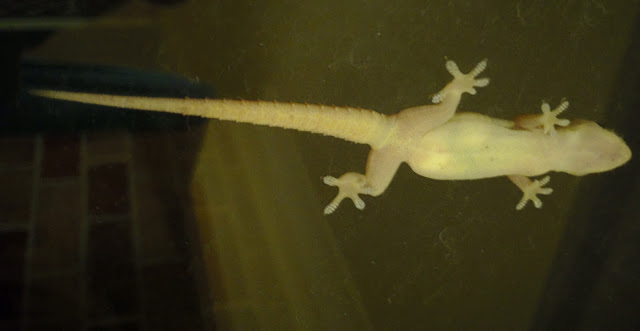 Today I went and folded leaflets for a guy named Mark. At first it seemed like things would go well, he even suggested he might have a job for me after this. Later a girl named Marina showed up and we worked together for the rest of the day. Marina was from the south of France so we spoke some Spanish but stopped when Mark told us that we were behind. We were supposed to be done by four but Mark suggested that we had taken too long and that we would not be paid our $50 for the 8+ hour day if we did not finish. After working an extra hour Marina took off and only recieved $40 and about two hours later I finally finished and recieved $10 extra - $60, for about 11 hours work... With bus fare in mind I probably made about $50 but at least I did get some good news about an interview tomorrow for a moving job. Marina also got called about an interview so hopefully we will both have decent jobs soon.

Today I went for my interview finding not one bus to be on time. The first bus came five minutes early and was leaving as I ran up. The next bus was five minutes late so it threw off my whole bus schedule. Another bus was late as well and I ended up arriving at my interview a good ten minutes late, even though I ran the last kilometer to get there. The interview went well but they have another 48 hours of interviews so I wont know for a while yet if the job is mine. On the return trip the buses were even more dysfunctional. The first bus came after a half hour and, as I hailed him, he just kept going. I called into Translink to report that one. The next bus was an hour later... I managed to get into the city and catch a few more buses that couldn't be bothered to show up on time before finally arriving home. Fortunately I did finally get a call from the lady who wants me to teach her to drive manual. She had posted for someone older and more experienced in teaching but I convinced her that I would be less overpriced than the $50/hour most instructors charge so she hired me instead.

Today I went down to drive my student to the mechanic so they could look over her car. At 3p I went back down and drive her car home for her then took the bus up to the city to meet Ria, a German couchsurfer. I was really late and of course the buses made it worse by making prolonged stops for whatever reason. Ria and I met at King George Square and went to the dinner at Giacs where we ate delicious Italian food and spoke with people from all over. I spoke Spanish to a girl from Spain, talked to a German from Berlin about the cultural clash since the fall of the wall (some people don't like having to compete for jobs) and I discussed politics with a Singaporian and a Mexican. I also talked to a fellow American about her world travels over the last five years teaching English in South Africa and Turkey. Meanwhile, Giac continued to bring out appetizers, main course and dessert until none of us could eat another bite. 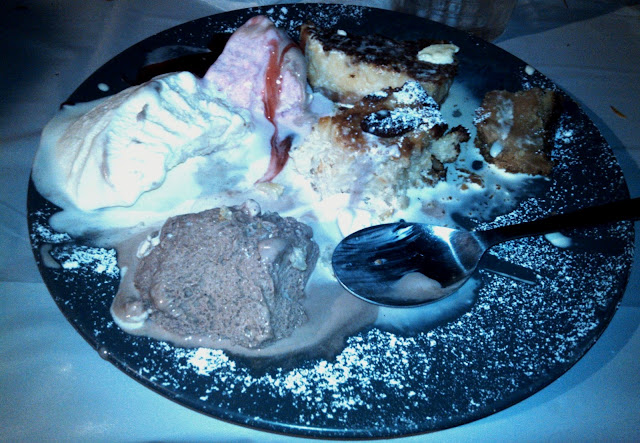 Before I left Giac gave me some leftovers to enjoy later and then I caught a ride into the city. Unfortunately I couldn't get a bus home so I ended up hiring a taxi. $30 later I arrived home and fell into a deep sleep.

This morning I discovered that the planned trip to Tamborine National Park wasn't going to work since my housemate Jenny had made other plans with her son. About an hour of calling/texting later I finally got a backup plan into place to go camping in the Karawatha. We could have gone to Straddie (Stradbroke Island) but with another $30 in transport, three hours each way, it just didn't seem like the best idea. Around noon Ben and I bought a couple $12 tents at Kmart for my couchsurfing friends then went to a job interview for a courier job. Unfortunately this job requires the rental of a van among other things which would cost more than the job pays. Back at the house I met up with the others and we headed to Lake Karawatha. After a swim we set up camp and made a fire. About an hour later we cooked up some veggie skewers, corn and veggie burgers (the others are Vegetarian/Vegan) and at about 10p we all passed out in our tents for the night.

Today I woke up several times, rolled over onto a side that wasn't sore and went back to sleep. At about 7a someone was playing with their dog in the lake so we got up and started cleaning up the site. During a hike up to the lookout I saw a kangaroo barrel roll away from the fence and skip off in a hurry but, yet again, I was the only one to see it. After visiting the lookout we went back and packed everything up.

On the way out I heard something moving so I stopped. The others asked me why I stopped. I looked around for a few seconds then I saw it. Down next to my foot an Eastern Brown Snake was sitting waiting for me to take one more step. I waited until it slithered off then we continued walking. Back at the house we ate some brekky and the others headed on their way.

Today I went to meet in Chermside again and, after lunch, I headed over to the City Botanic Gardens for a park crawl with Giac and some other couchsurfers. After walking around a bit more we stopped at Roma Street Park and had a picnic while watching some Italians play a seriously competative soccer game. Then we met some new friends and started up a soccer game of our own. It was intense and I ended up hurting myself during a discoordinated effort to kick the ball but we had a good time. Before leaving Beni played the guitar and I practiced my Spanish with some Colombians.