Today I received my $980 tax back and later some of us from the share house went to a friends engagement party. Vick knew the owner of the restaurant and got us all free Indian cuisine for the night. 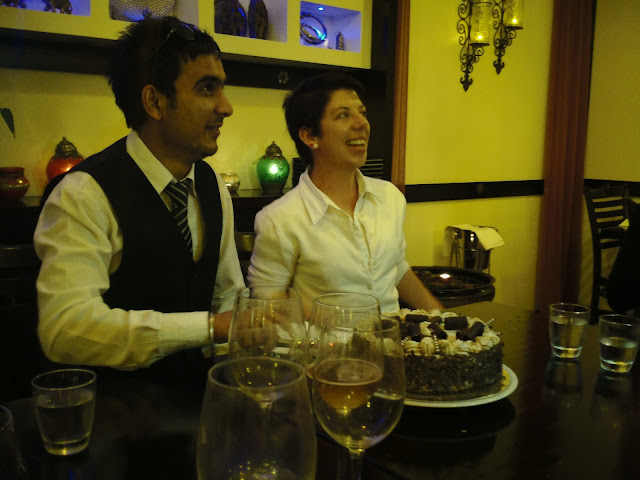 Today I got my RSA (Responsible Service of Alcohol) certification after a five hour online class then applied for some more jobs.

Today I went to be a driving instructor again. This time my student drove and, while she struggled a bit at first, we seemed to be making a lot of progress. I started to become very confident in my student, even felt a bit of pride in my teaching abilities... until she crashed. We were going around a roundabout for probably the 20th time when she neglected to fully turn out of it and went straight into an island. She ran over a sign post and busted off the front bumper... I sorted it out for her and took her home where we had some lunch before going to a couple of smash repair joints to see what it would cost to fix. Of course, in Australia this simple job costs well over $2000. 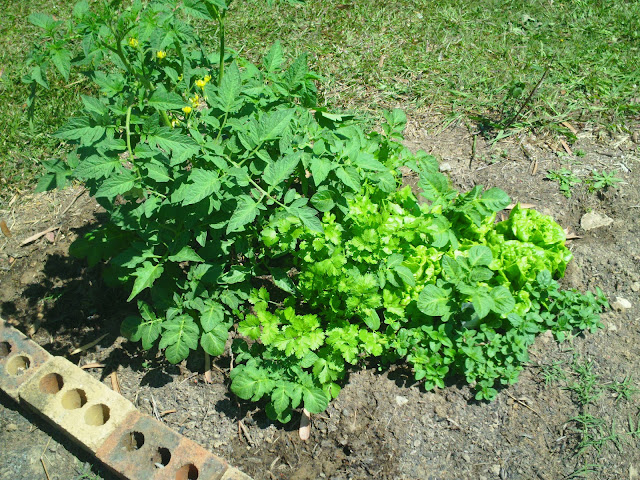 Today I watered the garden then a few of us went to the West End Block Party. Ben and I went with Vick and Vicky stopping first at a small festival in Garden City. That ended up being for kids so we headed up to West End and spent some time hanging out there. We played some pool at a place called the Archives then met up with a friend of mine. After a bit we all got some "Yiros" while waiting for a couple Columbian friends to show but they didn't so we headed back to the house and sat around the fire.

Today I went up to Chermside again for fellowship then, after lunch, I sat and read all day. At about 6p we had tea then Samuel brought me into the city and I took the bus home. On the way I was next to a crack head who left a needle laying on the floor... before I got off I had him pick it up.

Today I waited all day for an interview call from Flight Centre. The call came but unfortunately the first thing they asked me was if I was on a working holiday. They then apologized for having overlooked that fact and told me they could not hire me. This isn't the first time I'm being rejected for being a "transient" and it wont be the last.

Today I applied for a few jobs online, went to the shopping centre, got a library card, printed a few resumes, handed out a couple at the shopping centre then took another one over to Woolworths to apply in person. Later my housemate Vicky got me in touch with a friend and I ended up getting a daily cleaning job down the road. I start on Thursday night. 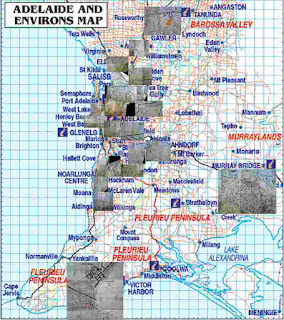 Today I made a map of all the turfs I knocked in Adelaide then went to work. For the first day we were very thorough - apparently Coles is a new client for my boss and he wants to get off to a good start. Unfortunately, this took so long that I missed my bus and had to take a taxi back. Before leaving the bus station I met a Russian who has lived in Australia for the last 15 years. He told me that my first stop if/when I ever visit Russia should be St. Petersburg, not Moscow. I made my way over to the taxi pickup and there I met another transplant. This guy just so happened to be a former tenant in my house! I only had $10 but I told him I would run in and grab the rest from my room. He didn't trust me until he realized that I was American - seems Aussies are a bit sneaky about cab fair. As thanks for his help I gave him a little taste of America by giving him a tip. 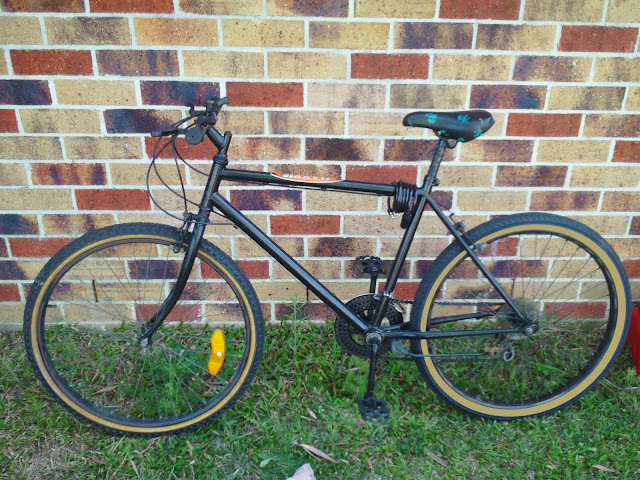 Today I bought a men's bike for getting to work for $20. On the way back I rode it while steering the old kid's bike back with one of my hands. This seemed an alright idea until the spare one hit a bump and came crashing into me. This sent me hurtling into the cement which I thought for sure would put me in the hospital. Fortunately I just ended up with a bloody toe, some road rash up my back and some slowly fading pain in my tailbone. After recovering from the shock I continued on carefully. Later on I tried riding to work in Browns Plains but couldn't find a way past the motorway - I did find a cane toad though. I returned and took the bus. This time I worked fast so I could be done by 10p and take the bus back instead of a taxi. My boss was actually impressed that I finished as quickly as I did.