On Tuesday, October 25th, after I finished work, Chu Sum and I hopped on the bike for a two hour journey - destination: Mt Rainier.

As we arrived we found that the weather was turning for the worse. At first this seemed like it might be a bad thing, but then we saw that the rain was actually thawing the roads... the mountain had recently experienced something of a blizzard. 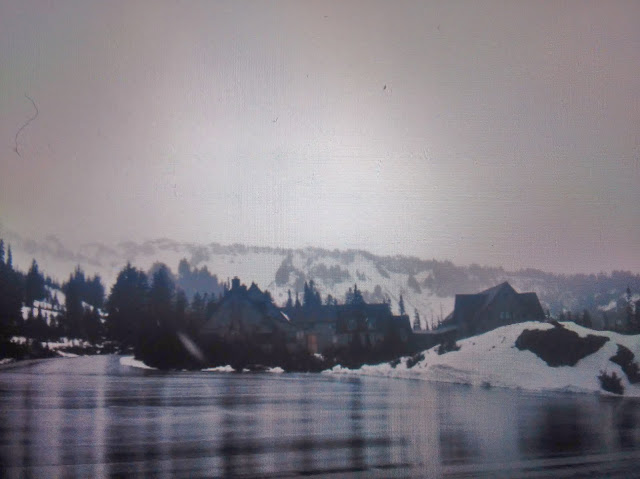 At the top of the access road we pulled into an empty car park. Looking around we realized it wasn't exactly business hours. In fact, the rangers eventually showed up on their way passing through. They gave us a curious look, explained the trails and pointed out the mountain to us. Apparently, if the air was clear, we would have had the mountain dominating the backdrop of the few trees currently visible. Nevertheless, this was the first time Chu Sum had ever seen snow and he was LOVING it! 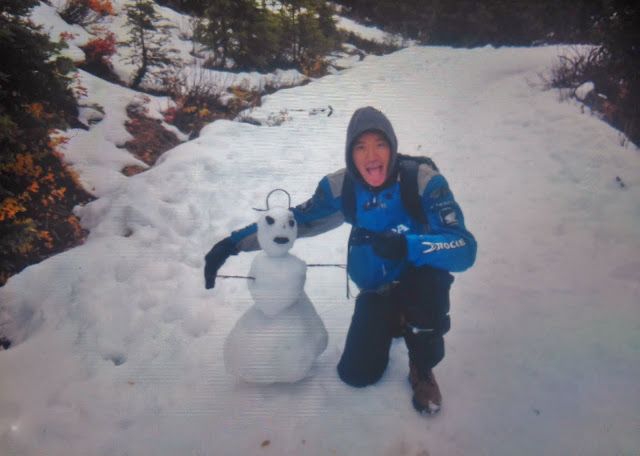 After making a snow man, we decided to go for a hike along one of the paths. Most people stepped out of their cars, looked around and immediately headed off back down the mountain (one guy was actually wearing shorts and flip flops!). We gave it a fair go though; slipped around on the icy tracks for a ways, saw a river, some more snow and trees... Finally, we took a few more photos in the car park then, on the way back, had a look at Narada Falls followed by the Nisqually River at the terminal end of the Nisqually Glacier.