On Thursday, the 19th of February Kevin, May and I went hiking up to the peak of Perhentian Kecil. At the top we found some wind turbines and solar panels as well as a fantastic view out over the ocean. 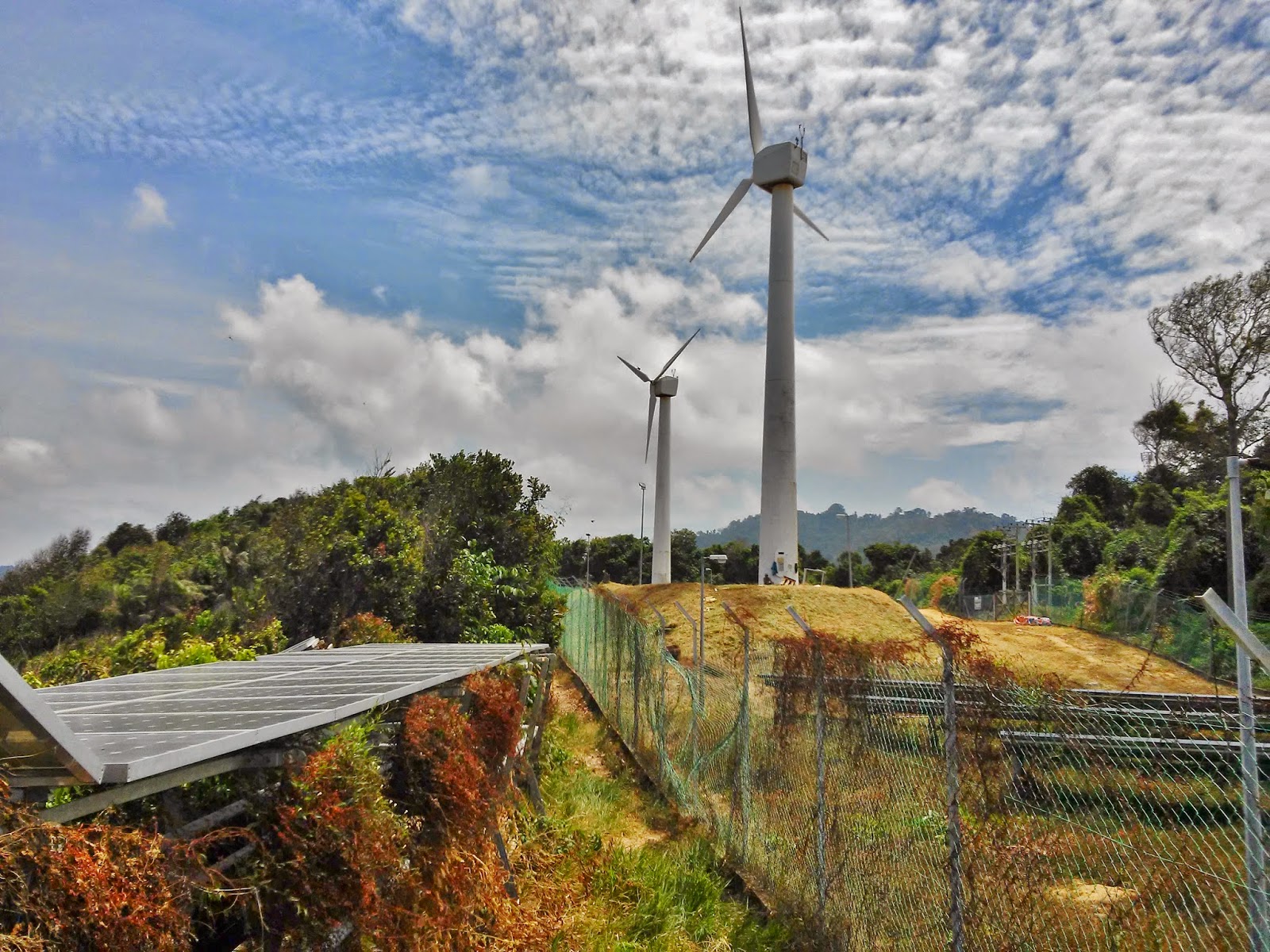 After returning down the mountain, we went to Long Beach and made a really great sandcastle... Kevin thought it was ugly, but who asked him anyways. That night we had a big seafood feast to celebrate the first day of the Chinese New Year. We had crab, freshly caught fish, potatoes and other great stuff. Even the octopus, which I usually don't eat, was really good. 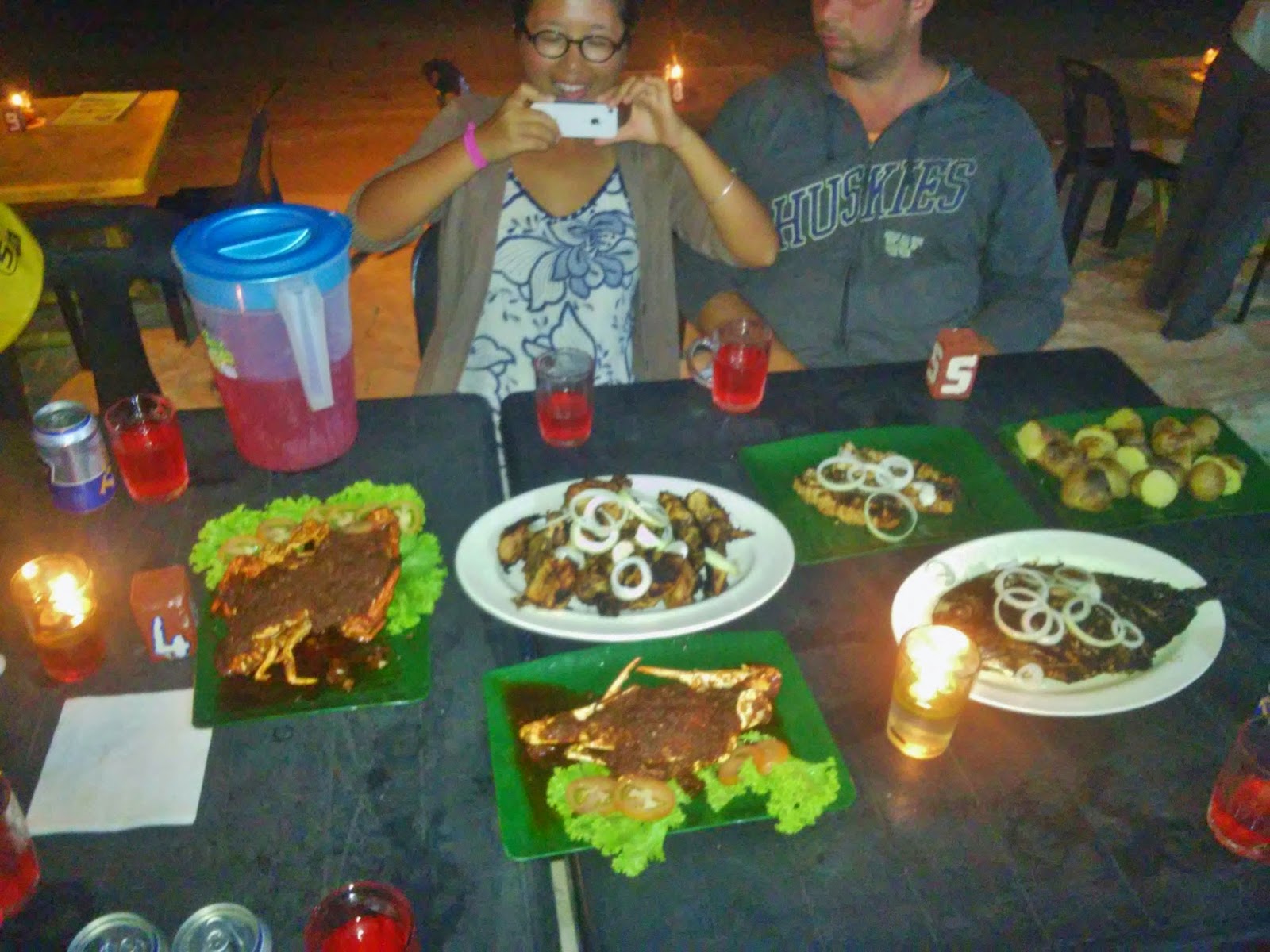 The next day was my last day so we hired a kayak and did some beach hopping. One of the beaches had some really cool huts on it which were apparently part of some sort of environmental initiative. 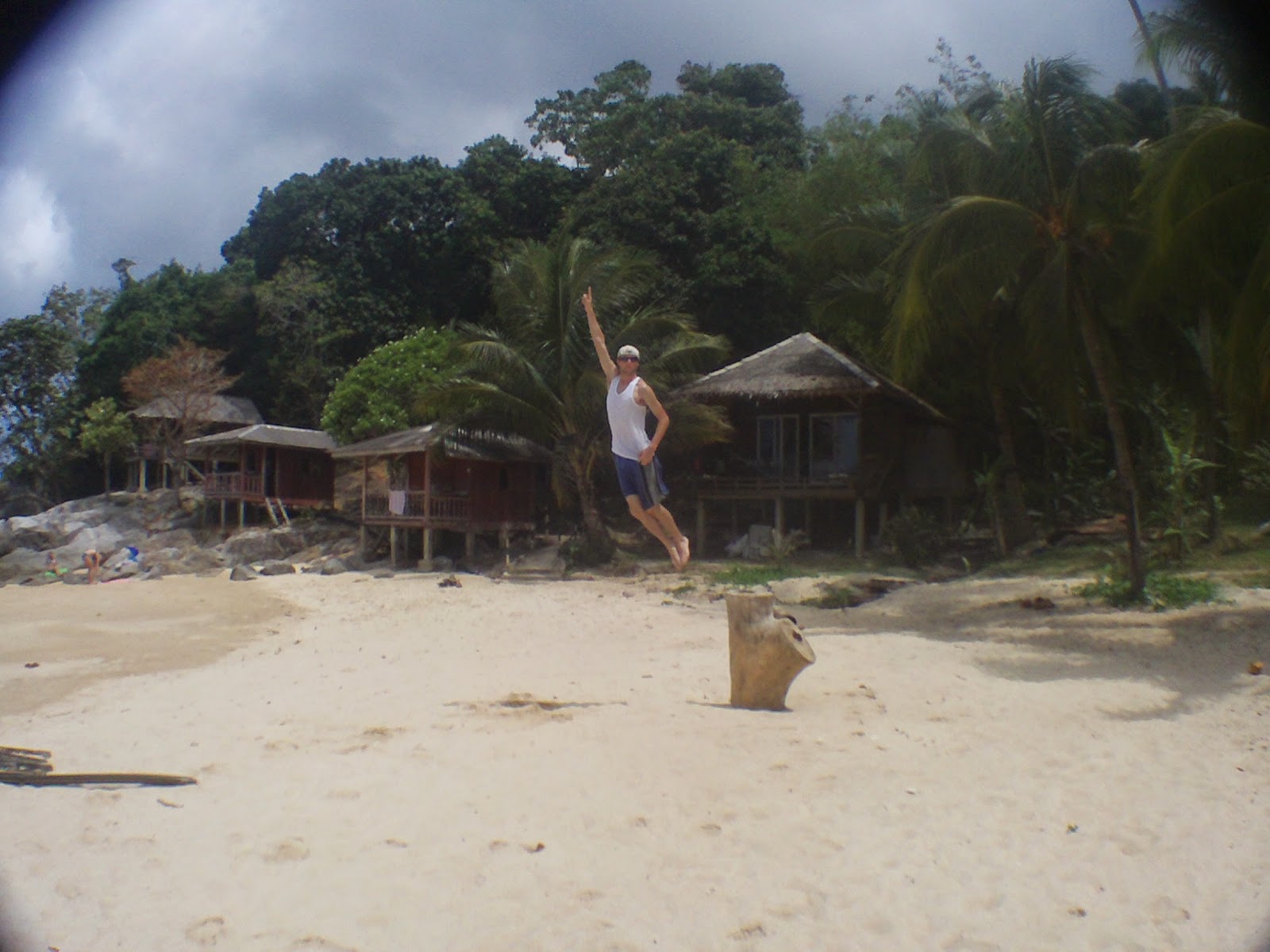 Before we knew it the day was over. I had my last burger from our friend Jeffrey at the Sunset Cafe, slept my last night in Kevin's tent and had one last delicious breakfast the next day at Dinnie's Cafe. After that I caught my boat out at noon and took the budget bus to Kota Bharu for 6 ringit (about $2 USD). The driver was either on a very loose schedule or no schedule at all. He kept stopping to get off and walk somewhere and, judging by the fact that he had a no smoking sign but smoked anyways, I'm guessing he didn't have much of a standard to keep... After over two hours of a supposedly one hour trip, I grabbed a taxi to the airport for 30 ringit and barely caught my flight back to Kuala Lumpur as it was boarding. I found out that I didn't even have to check my bag because nobody cares! That saves time. Back in Kuala Lumpur I found that I hadn't left enough time for my connecting flight yet again. Considering that it's technically an international flight I probably should have given myself more than an hour and a half before checking in, let alone boarding! No matter, seems they make allowances for this kind of thing, or maybe just don't really care here. I just had to check my bag at a last minute luggage check in station and then I was able to board my flight as usual - no worries!