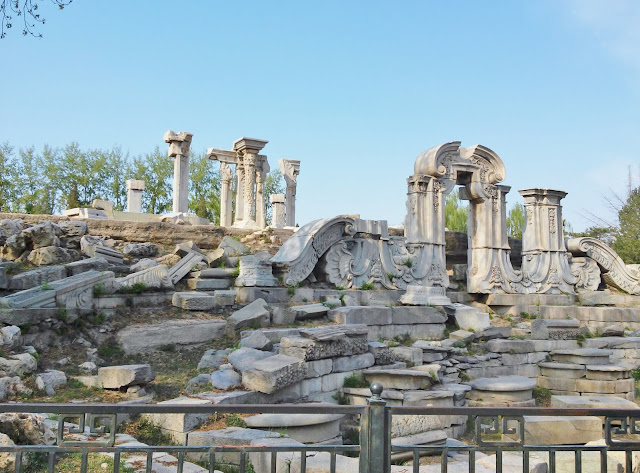 For our last day in Beijing, Chu Sum and I made our way to the Old Summer Palace. Having seen the other Summer Palace, we had considered other ideas but it seemed a good opportunity to compare the replica with the original. After having some breakfast and stopping by the post office, we played with the cheap flapping bird toys in the park for a bit and spent a few hours walking around the ruins. 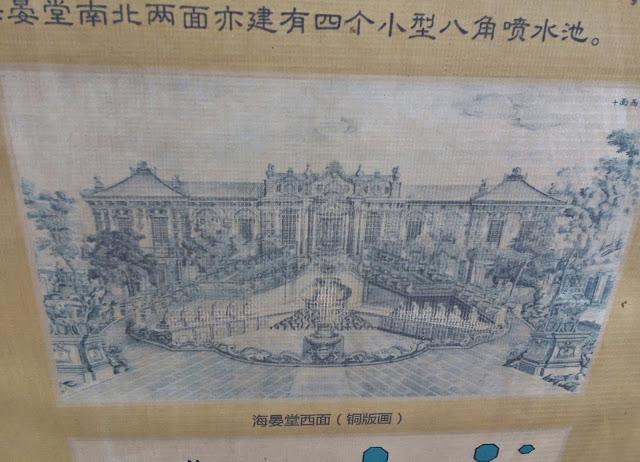 It wasn't until we saw some depictions of the palace in original condition (from before it was sacked by the Eight-Nation Alliance in 1900), that we realized just how ruined the ruins really were.

Later that evening we flew back to Hong Kong and I broke into my locked apartment with the help of building security and a crowbar... seems my flatmate had latched the door from the inside before entering a state which I can only describe as comatose!