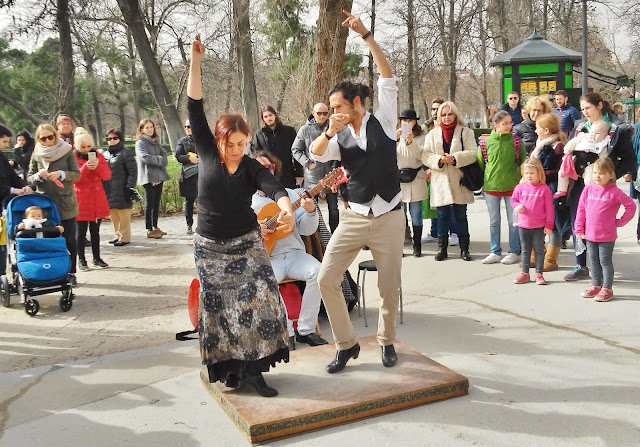 On Thursday, the 18th of February, I went on another excursion with my students. This time we went to Madrid to visit Santiago Bernabéu Stadium where the football (soccer) team Real Madrid plays their home games. This was a big deal for my students seeing as soccer is the center of their lives. 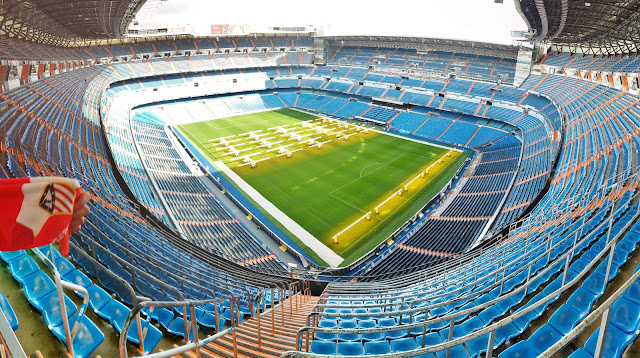 After seeing the stadium, my students and I went ice skating and then they went back home. Meanwhile, I stayed in Madrid and spent the next few days with friends from the church. On Sunday Preston and I were on our way to the train station when we stopped at the park. We saw some real authentic looking Spanish dancing and then Preston put on his own show with the swing musicians. After enjoying this unusual meeting of Spanish and American cultures, I got on a train to Guadalajara and met up with Cristina. A couple of days later I was back in Las Mesas watching my students giggle nervously and recoil in fear during an animal workshop with turtles, snakes and scorpions. 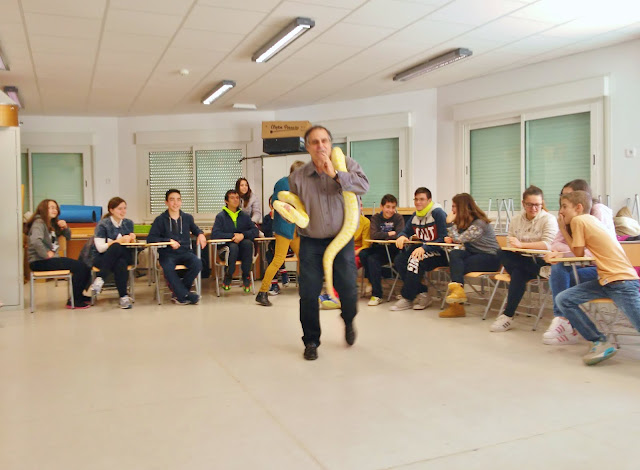 The following Thursday I rode over to Cuenca to talk to the Extranjeria about a potential work permit for the summer. Unfortunately, the visit was a waste of time... they had me drive for over an hour to talk to a guy who didn't know anything and he sent me to a lady who promptly sent me back to the guy and, in the end, they told me that they couldn't help me. Still, they had me set up an appointment so that I could come back and be disappointed again at a later date. I later found that they wanted to look at renewing my student visa even though I had been clear that my purpose was solely work related... Nevertheless, the trip wasn't a complete waste of time as I was able to meet up with some friends for a walk around the city and dinner at El Coto - a local favorite.