Two Cathedrals and a Quarter 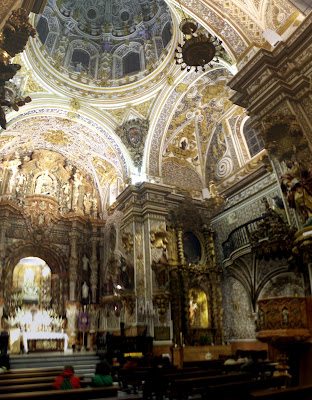 Today I finally went to get some pants as well as some shirts, rock climbing shoes, bananas, and a toaster. I noticed the second example of false advertising today since I’ve arrived in Europe, seems small businesses here take liberties with more than just customer service. In France I wanted a combo advertised outside on the window and they just looked at me funny and tried to sell me something less impressive for twice as much. Today when I bought the toaster it was advertised for 9 euro outside but when I entered the advertised price jumped to 10.90 (before tax)… I guess that’s just their way of getting you in the door.  Also, I recently found out that since I don’t have a Shengen visa I’m basically here illegally… more surprises. 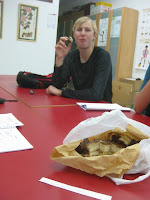 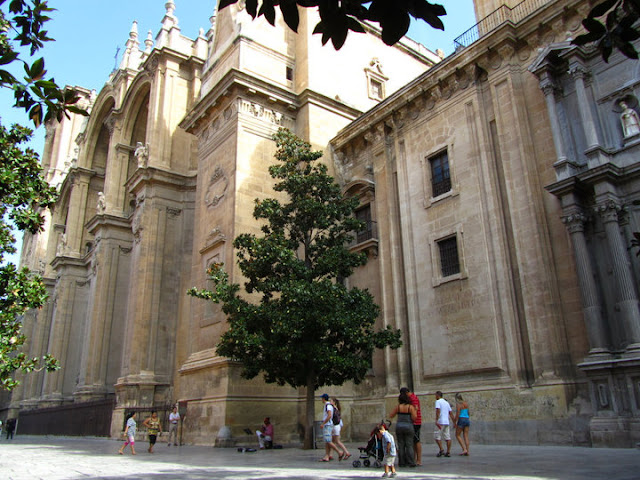 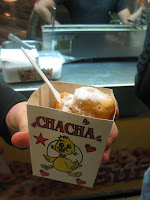 Today after class some of us 45 hour students went to a cathedral called Nuestra Senora De Las Angustias (Our Lady of Sorrows). Later I tried to fix myself an earlier flight out… unfortunately I didn’t account for the 31 day month so now I’m out $265 and still illegal.


11/12/2010
Today the water in the shower turned cold while I was shampooing. I got out into the freezing air and went to find that the gas can was empty. I didn’t know how to replace it, but luckily Fee came out to see what I was doing. After replacing the gas I finished my shower and finished getting ready for class… great start to my birthday. In Spanish class I brought cake for everyone going along with the custom here of giving gifts to everyone else on YOUR birthday… After class I called the border police in Germany to find out about my Schengen situation and apparently this whole time I could have just extended it (instead of spending $265 and losing 2 days in Germany). Later I showed a guy around the flat and he pretty much decided to take over my contract when I leave in December. At about 9:30p I went to POE for some drinks with Andres and his soon-to-be fiance Erica.
11/13/2010
Today I went to Capilla Real and Granada Cathedral. The cathedral was very big, semi-renaissance and bright white. Afterward I went home, took a siesta and went back out for the tour of the Albayzin quarter.
11/15/2010

Today I met up with Brian to go to Mercadona for some drinks for my birthday hangout tonight. While out and about we we got some really good doughnuts and ran into Farah and Julia. Some of us went for tea and stopped for Schwarmas at a new place. They brought us some small tapas after which I asked for the bill, but was surprised to find that the tapas were only an introduction to the Schwarmas which were actually pretty fairly sized. I guess you can't be too quick to assume things about a new place!


11/18/2010
After class today I went on a tour of the forest of the Alhambra. The guide spoke really fast Spanish and it was cold… interesting fact about the trees though - they produce poisonous needles that have the ability to cure cancer, how about that!

All Photos
Posted by Travis at 3:09 AM