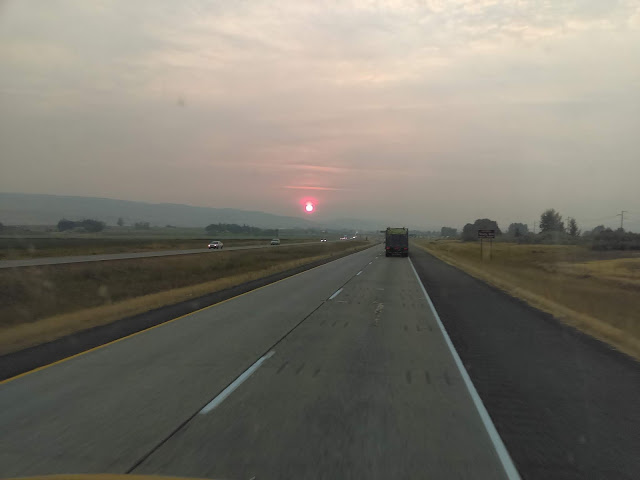 The last month before my big move to Europe was pretty nice. I spent a lot of time with friends and family, beefed up my bank account a bit more, and caught the eclipse. I actually made quite a bit of money helping my friend Jason sell eclipse glasses - the ones that make eclipse viewing safe. I then wore one pair and put another on my camera so I could get some footage... this didn't really work very well though. Still, the shadows on the streets looked pretty interesting, so I took some photos of that. 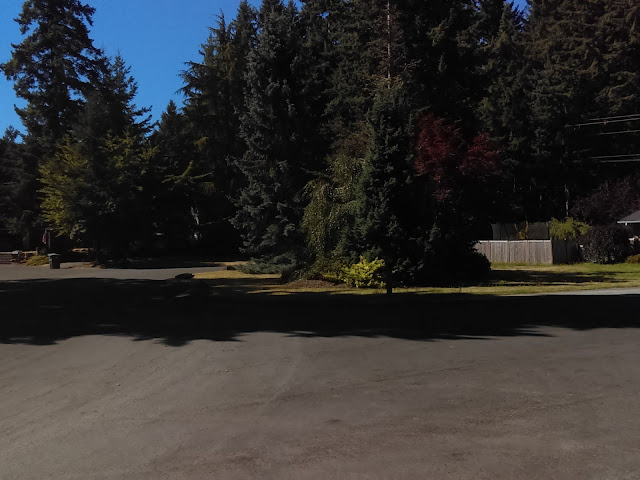 Another fun experience was going to Northwest Trek with my mom for some zip-lining. We had been talking about it for probably over a year so it was about time. My friends Austen and LeAnn got us a discount because they worked there. It was still like $30 each for probably 30 minutes once you're actually allowed up on the course, but I'd say it's worth it to do it at least once. It was also just a good excuse to go on a nice motorcycle ride - yes, my mom also rides. 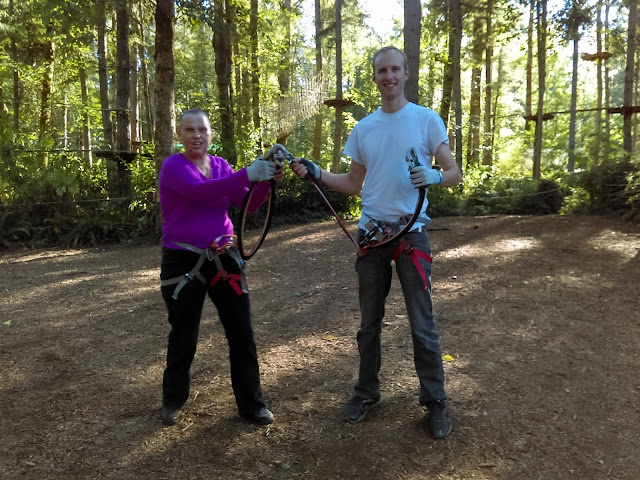 In the last couple weeks we went out to eat a couple times and even made it over to the Puyallup fair. I spilled the jam from my elephant ear all over my legs but, otherwise, it was a fun day.

That's pretty much it! I spent probably a whole day digitizing a documents, as I often do before a big trip, because I hate traveling with paper stuff - I actually don't like having paper anything if I can help it. On Tuesday, September 19th, I did my final big packing ceremony. Then, the next day, I boarded my eight-hour direct flight to London that I had found a few months prior for only $200. The next journey, a year in the making, had finally begun.