Today I spent all day getting ready for Brisbane off and on. At 6:45p I caught a bus to the airport and when I got there I started into my Australia book again. As usual it just so happened that I picked up reading right where the author is going to the same place as me. I read about Brisbane and Queensland in general then got on the plane to Brisbane. A couple hours later I got off the plane and met up with Mindy and Warrick from the church. They took me back to their place and gave me an assortment of things to eat before bed.

Today I had brekky with Mindy and Warrick then we went to Warwick. After the couple hours drive we met up with the others then I went with Pillar and Troy to Leslie Dam. On the way Pillar and Troy got lost so the American had to step in with a working GPS to guide the Aussies through the outback. Finally we arrived at the dam and took some pictures but had to hurry since the others had lunch ready and were waiting for us.

I tried to climb up a rock but this time I wasn't so successful as I usually am. I scraped my leg and hurt my ankle but still managed to climb up on the rock. 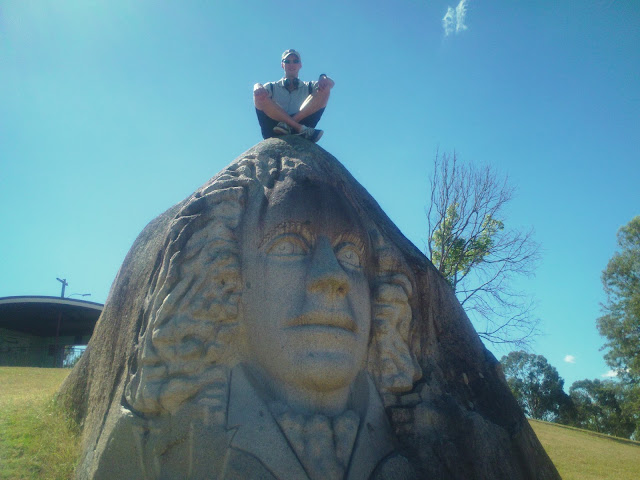 Back at the house we had sausages, rice, salad, watermellon, buttery desserts and banana bread. 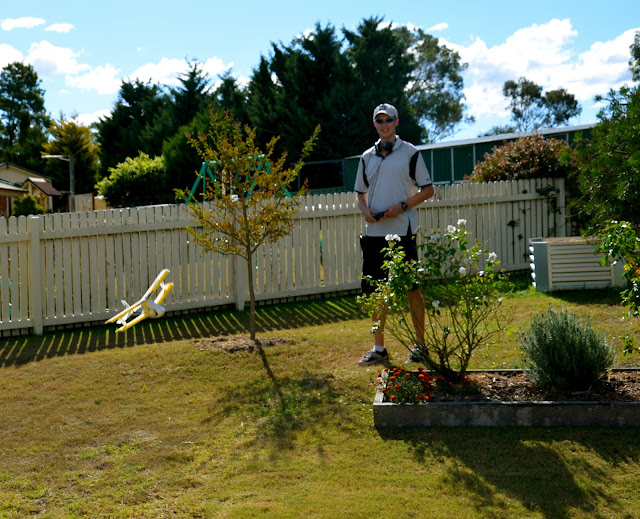 After lunch we went out and played with remote control airplanes then I tried cracking a bull whip. To our amazement it cracked three times in one go as I cracked it with my gangly arms.

Finally we all took some group photos and headed back to Brisbane. After arriving back we ate curry for dinner then headed out to Brisbane Lookout (Mt Coo-tha) for a view over the city.

Next we went over to Kangaroo Point for a view of the city over the river. 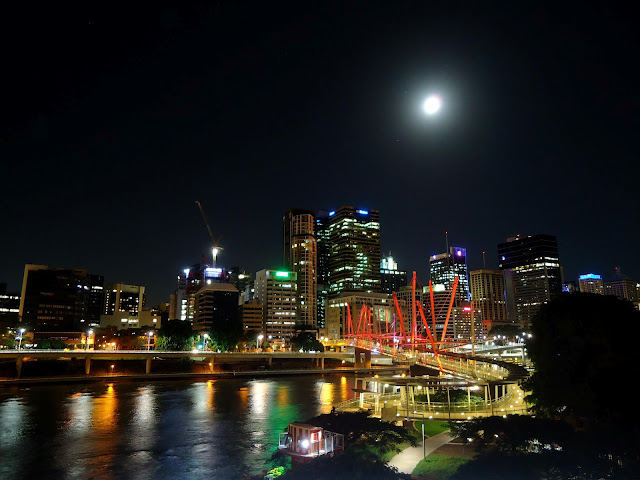 Back at the house I found on Facebook that my nephew Beau Joseph Leon had just been born on Friday! 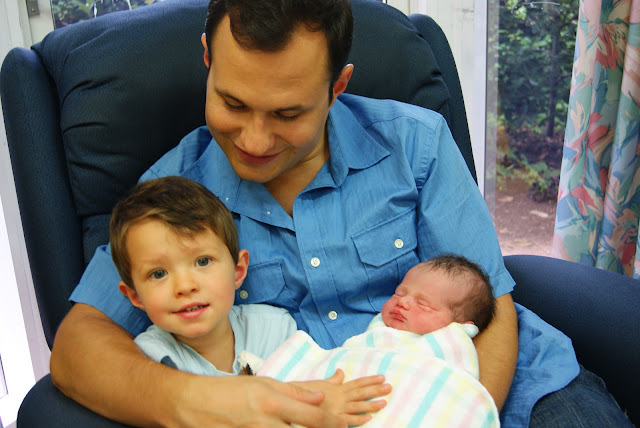 All Photos
Posted by Travis at 6:18 AM