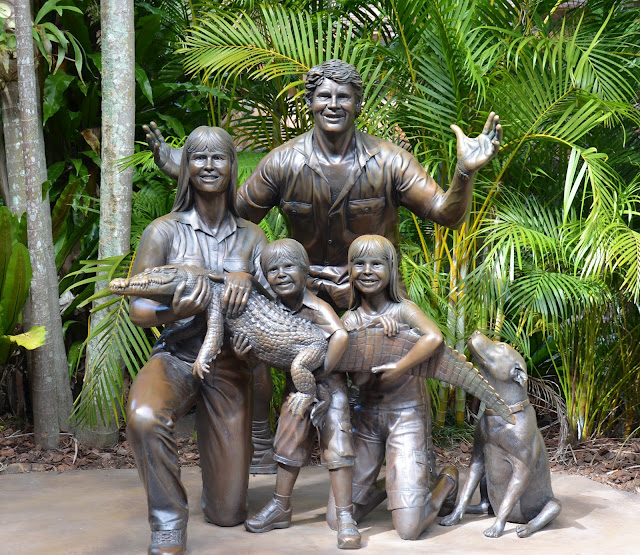 Today we went to the Australian Zoo where we saw something of Steve Irwin's family legacy. We pet Kangaroos and saw Cassowarys, Koalas and Crocs. The Crocs, as with most reptiles, were very conservative and generally didn't move much at all unless provoked... 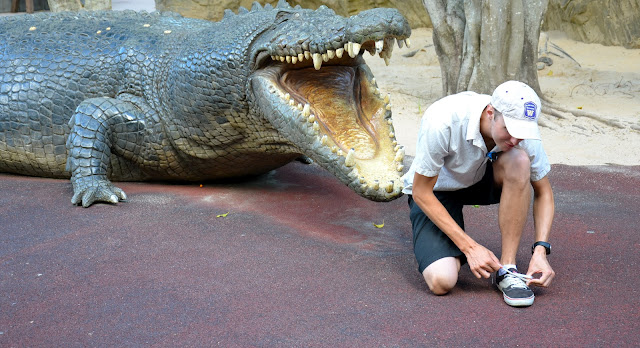 We also saw Dingoes, Camels, Giraffes, a Rhino, some Zebras and a guy taking his pet Cheetah for a walk. 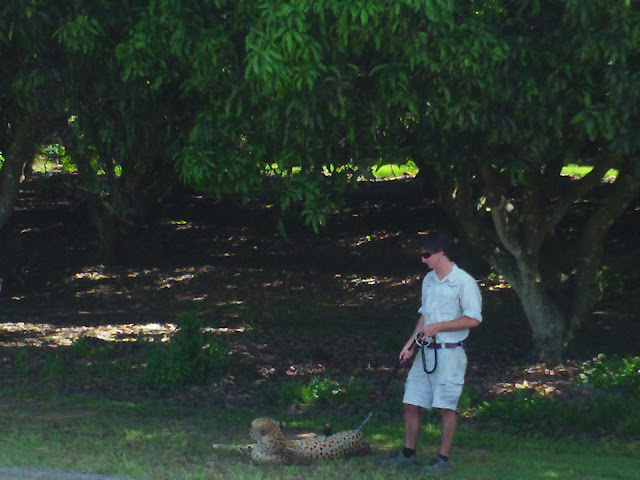 Throughout the day we saw three shows - a Croc show (performed in part by Steve Irwin's family), an Elephant show and a Tiger show. Aside from Crocodiles, the Croc show also had birds flying through the stadium and bird based performances. The elephant show consisted of elephants being bathed and fed while a guide lectured on various aspects of the Elephants' lives. Finally, the Tiger show was a demonstration of the Tigers' training regimen.
After the last show we headed out for a quick lunch then returned to Brisbane for tea.