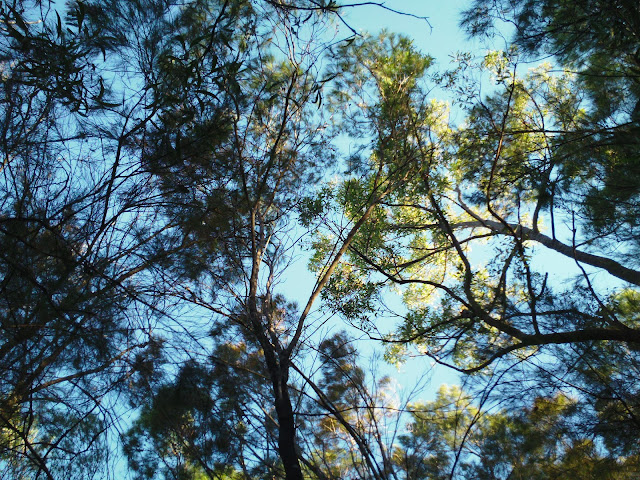 Today I went on walkabout in the outback. 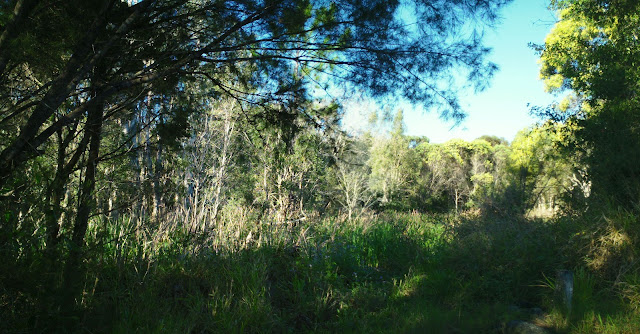 I walked over to Karawatha Forest where I found an entry and started exploring. 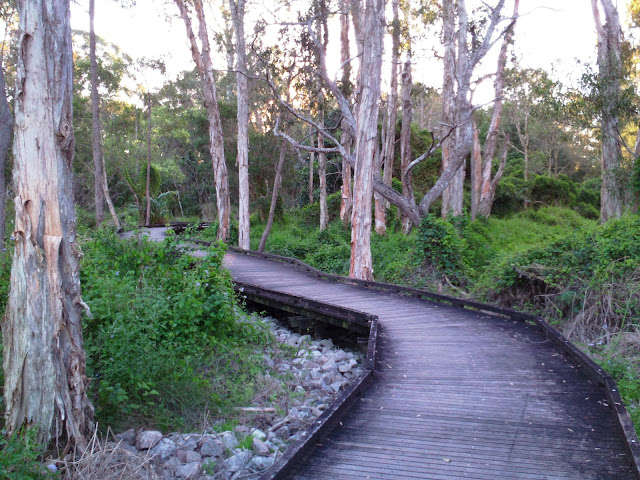 At first I was careful but soon I realized that the only thing living in the vicinity was a turkey so I went through a swamp and found a park.

Following a back road I eventually found an open area with a creek. 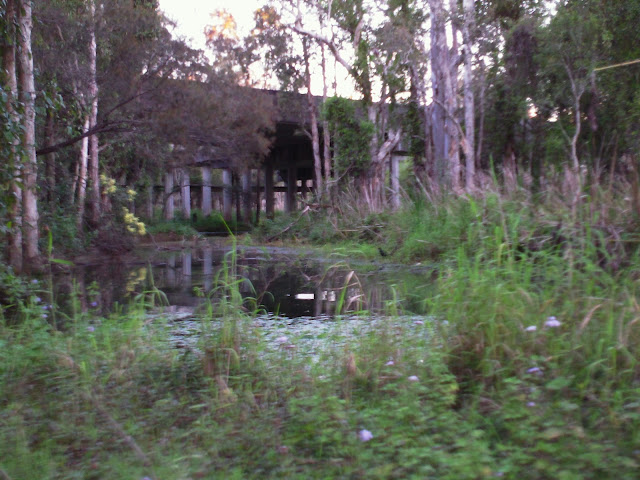 I followed the creek under an overpass and into the actual forest. 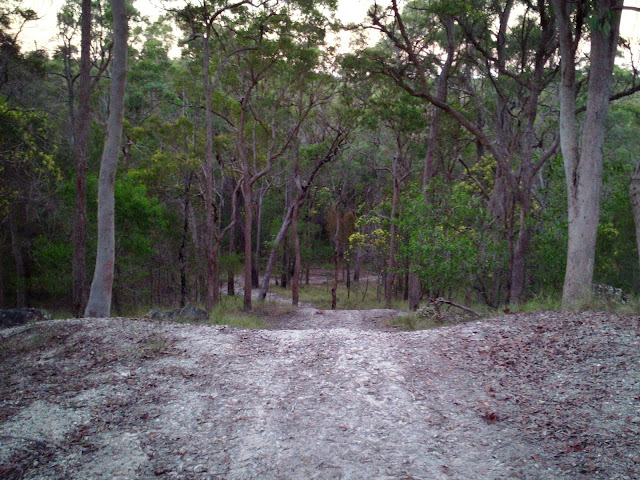 There I saw a kangaroo and, after wandering along an animal path and back, I followed the road up a ways where I saw a snake slither off. Finally, I found a road leading into the heart of the forest but it was getting dark so I wandered back the way I came. On the way back I looked up into the night sky and saw bats flying overhead, big ones.

Today Jenny loaned me her bike pump so I could see if the bike in the backyard was any good. Sure enough the bike tyres pumped up and the chain slid right on. I immediately rode off toward the forest for another adventure. The first thing I came across was an orange grove that had recently been planted.

Further along I found that the road from yesterday actually leads into and throughout the whole forest.

During my ride I saw another kangaroo in the tall grass and eventually even stumbled upon a lake.

I continued wandering off the main paths and found a rock outcropping overlooking the whole forest. 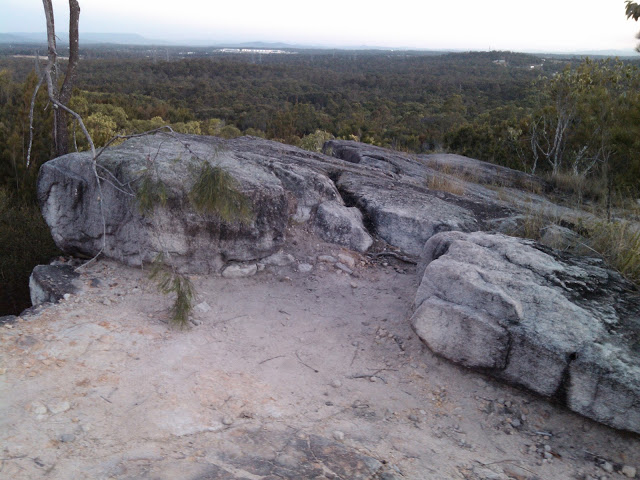 It was there that I saw smoke going over the city/forest and it seemed to be spreading fast. 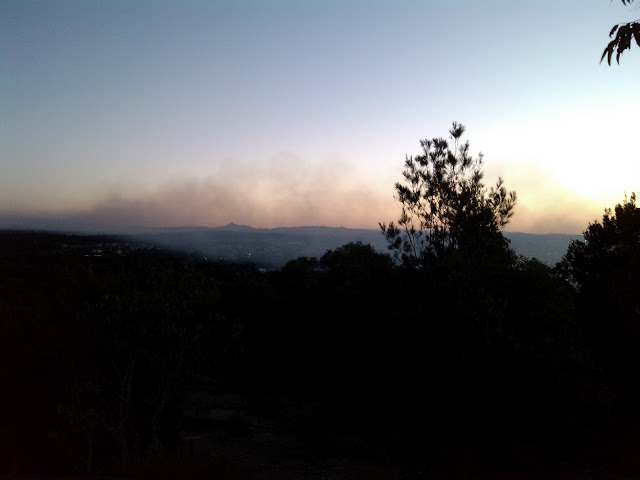 It was also getting dark so I started working my way back to the house. This time I followed one of the paths south into a reserve and onto the main roads.