On April 13th some of us went on a trip to Palmerston North where we had lunch at a cafe and worked on Bill's farm. Bill had us chasing cows and let me drive his ATV. After a bit I handed the ATV over to Sunhil and he crashed it into a fence! Later we had a BBQ and went to Johns house for the night. 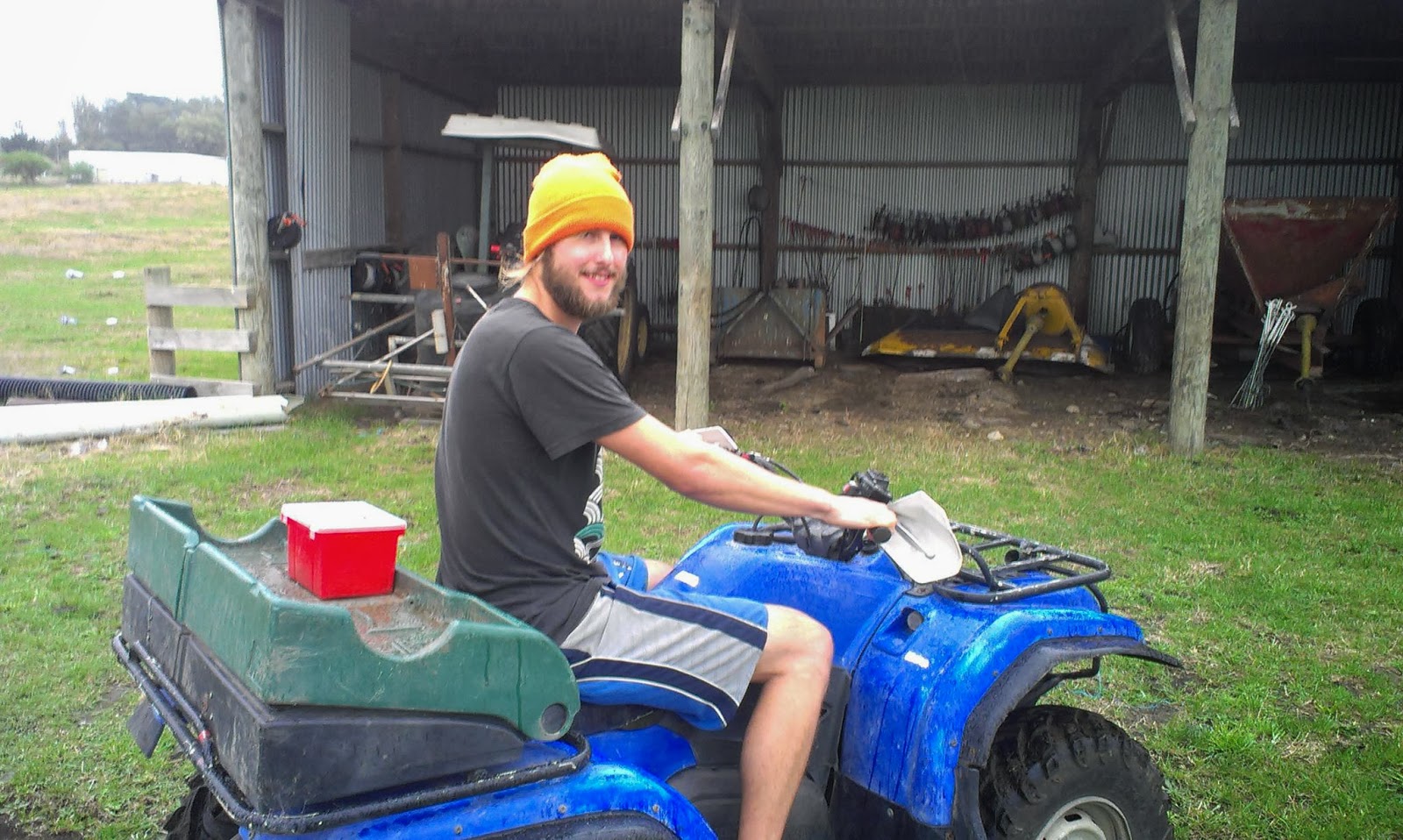 The next day we attended the church meeting and enjoyed a massive monthly feast in Feilding (best in the North Island). After returning to Welly the next day I spent the day doing sales calls, cutting up more tyres and organizing some things then had dinner at Rob's with the Casey's and some French travellers.

ALL PHOTOS
Posted by Travis at 7:40 PM