On Wednesday, the 1st of October I went to Sai Kung with Anita. After arriving we took a boat to Sharp Island and walked around. The first thing I noticed after disembarking was a long spit out to a smaller looking island.

We found after walking over there that it was a Geopark with large rocks cracked which almost looked similar to the Moeraki Boulders in New Zealand. These ones were formed due to weathering and erosion but still looked rather interesting. 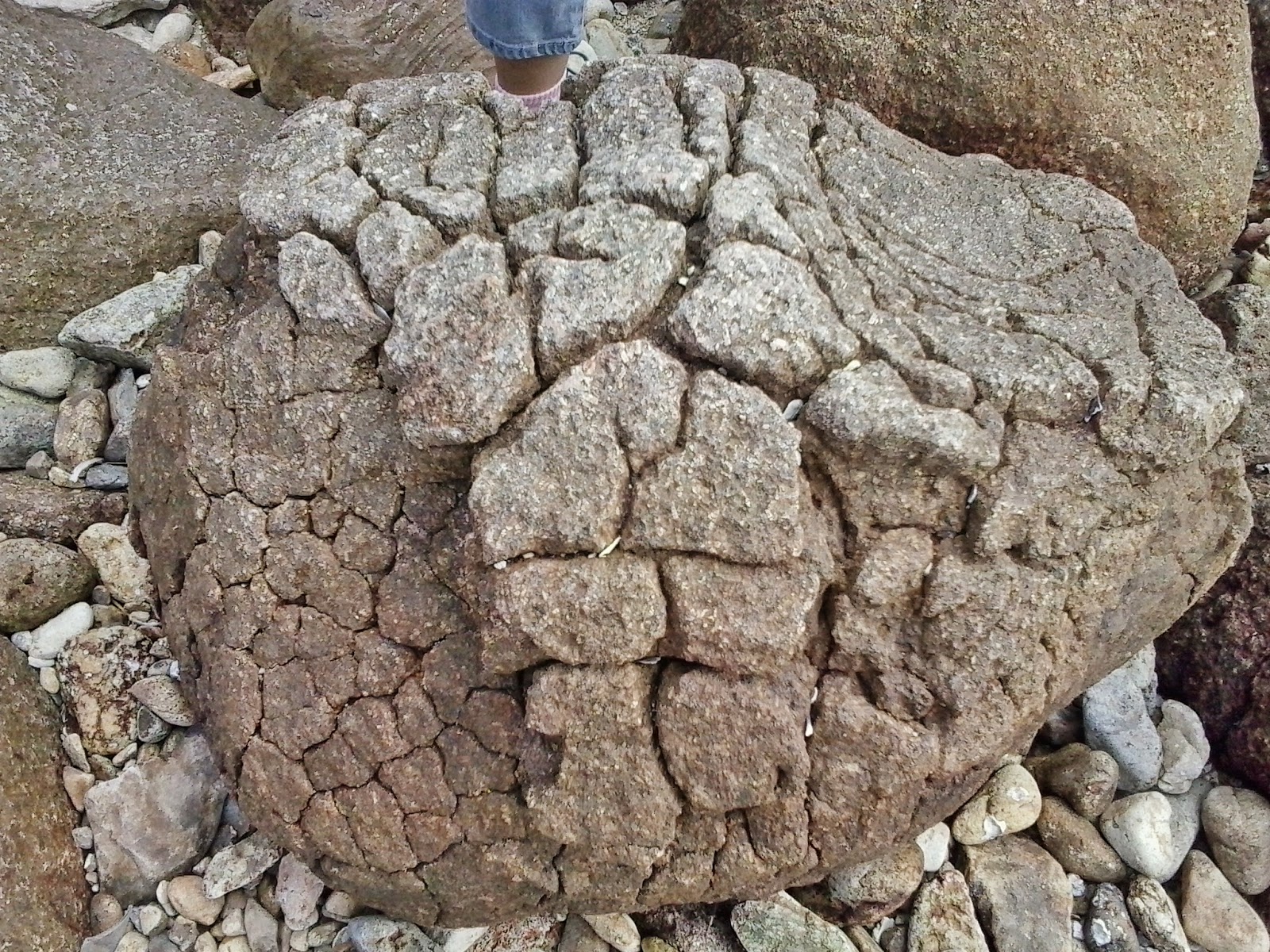 After walking up and over the small island, we took a swim in the waters on the other side before heading back.
ALL PHOTOS
Posted by Travis at 12:26 AM