Night at the Protests

On Monday, the 29th of September I was walking back to the home of my host family in Mong Kok and I saw many protesters setting up to sleep on the streets. I was intrigued and thought it might be interesting to walk around a bit more if I didn't have somewhere to be. Well, as it turned out, my host family was asleep and I would have to wake them in order to gain access to their home. After some discussion with my friend, a member of my host family who was staying at his dormitory at Chinese University, I decided to just go to the protests and see how things went. 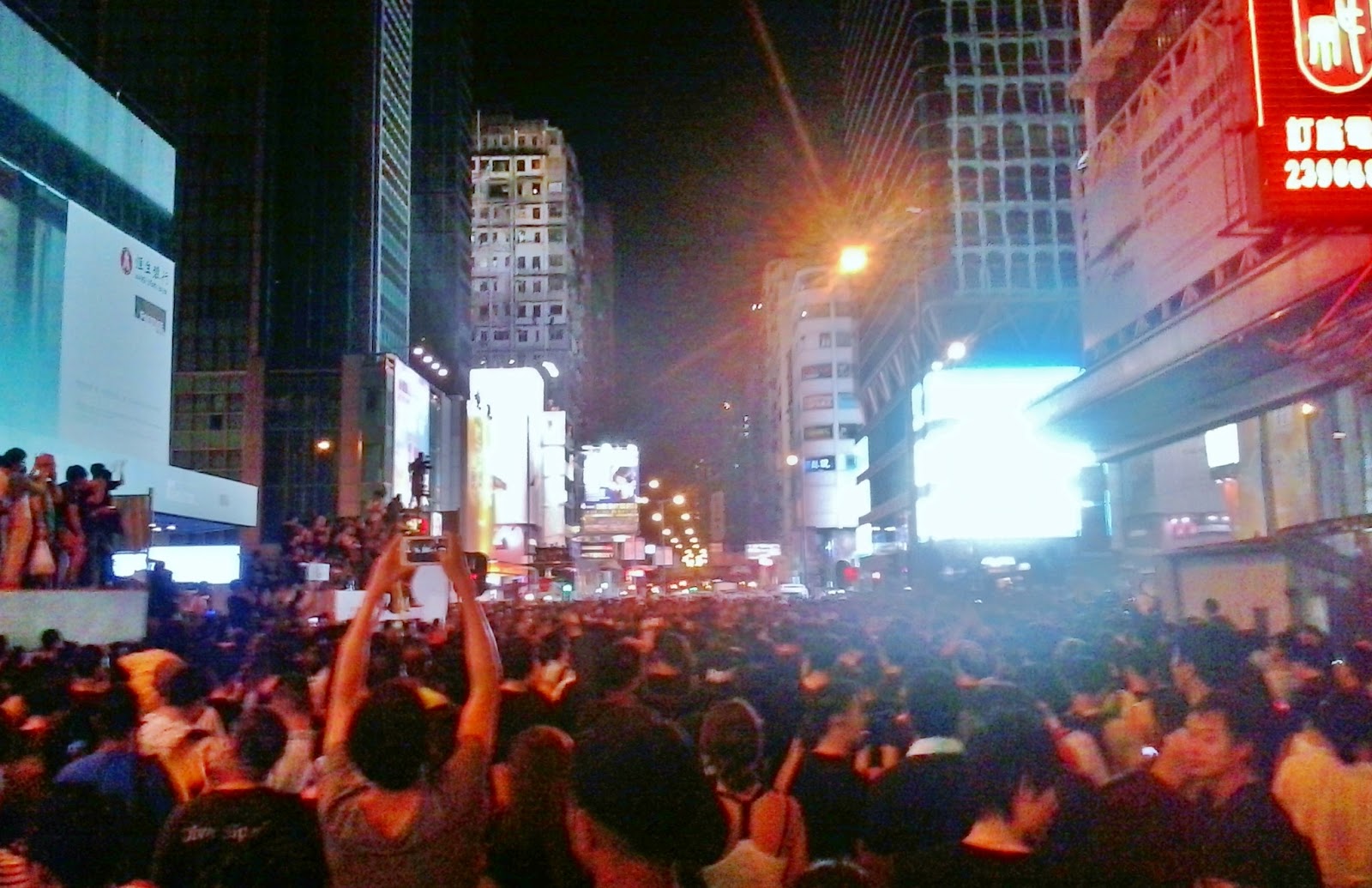 That night I met up with one of the groups of local nursing students that were volunteering at the protests and decided to spend some time helping them out. They explained a lot to me about what was going on and what the speakers were saying since it was all in Cantonese. One of these nursing students even went up and spoke a bit. What he said was what a lot of people were saying - that everyone needed to stay calm but be alert. He suggested that everyone was actually too relaxed and needed to be ready. At any time the police might show up and everyone would need to stand up at the perimeters to keep from being rounded up and sent home. 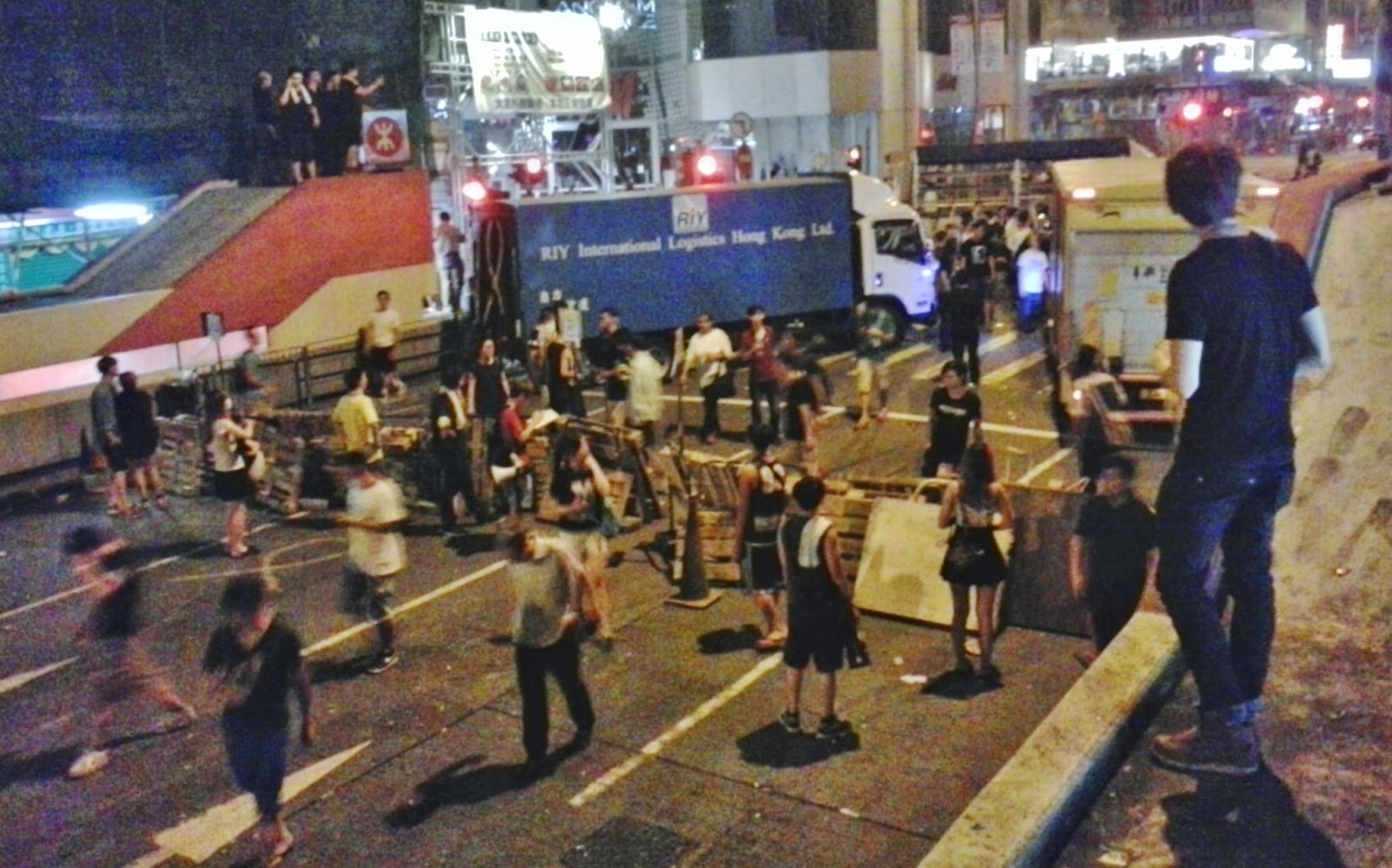 During the next few hours many small scuffles broke out and I asked about this. Seeing as everyone was so committed to keeping a peaceful image it seemed strange that a few here and there couldn't seem to keep their hands to themselves. Well, in actuality the "Umbrella Revolution" has many opponents. Many locals are upset because the protests delay emergency services and disrupt their daily lives and many people even report being offered payment to go into the protests and cause arguments to help break up the unity of the protesters and diminish their resolve. People from mainland China or "mainlanders" have also supposedly joined the protests under false pretenses in order to cause fights in support of Beijing politics.

Many have suggested to me that the incident at 2am the night I was there was a result of these subversive efforts. Around that time I was sleeping on a mattress in the street next to the nursing station when I awoke to people yelling and screaming. As I sat up I saw the crowds parting as a car came through honking its horn and refusing to slow down for anyone. I quickly jumped up with my pack in hand just as the car came through my camp. This guy drove over my sleeping spot and the whole nursing station - spreading rubbish and food all over the streets. I watched as people chased him out of the protest area and thought how easily I could have just become road kill. 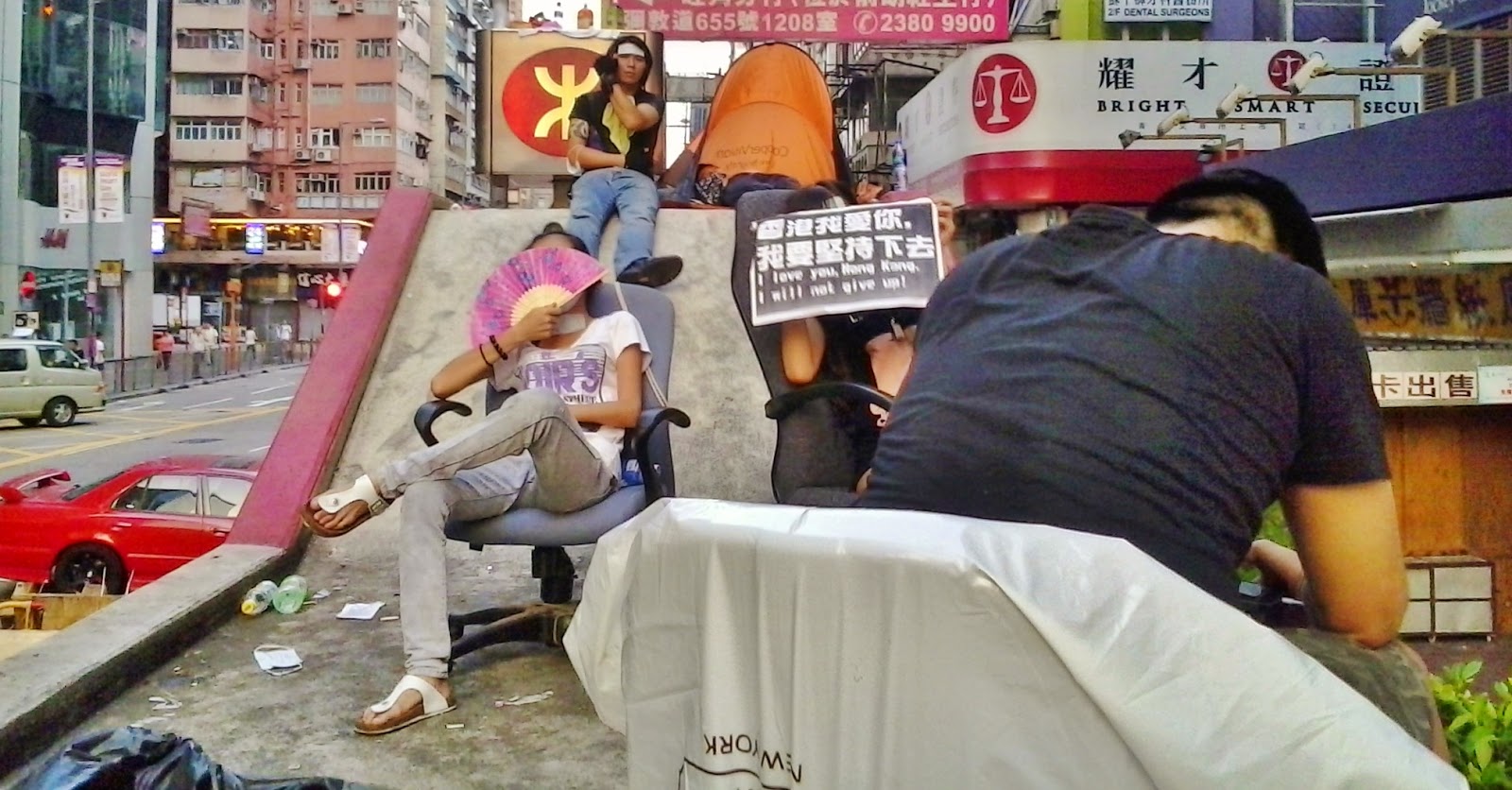 After that I decided to join the protesters off the street and up on top of the metro tunnel. Up there was a better view, less people walking around and no chance of being run over by a car.

The next day I spoke to my host family and they were not impressed that I had gone to the protests. Rather, they explained that they were, as many local people, very frustrated with the occupy movement. As with the one on Wall Street in 2011, many people have been affected by the "Umbrella Revolution" and are not interested in seeing it continue. Not only does it cause problems for people trying to get to work and in some cases, shut down businesses entirely, but the crowds also disrupt general day to day operations in the city, including emergency services. Another point to consider is that mainland propaganda completely sabotages and confuses the message the movement is trying to promote. In the mainland the images of the protests are not presented as protests at all, but rather the government there has suggested to its subjects that the people in Hong Kong are simply "celebrating National Day."