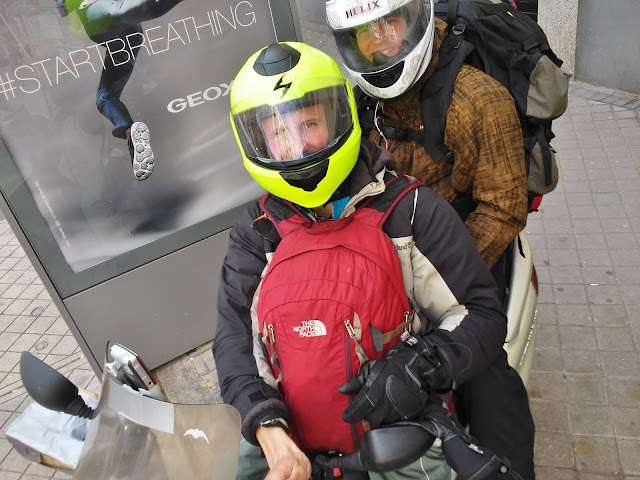 On Friday, March 25th, we made our way over to Logroño - the wine capital of Spain. It just so happened that a friend of Preston's, who he knew from Texas but hadn't seen for a while, was visiting that very same day and we ran into him in the street! That friend had a local friend in Logroño who was happy to show us his favorite areas including one in particular that locals tend to frequent: 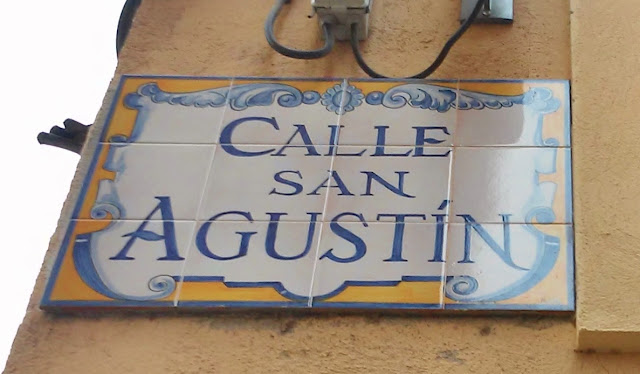 We had some good tapas and ice cream then tried to find a mechanic so we could salvage the rest of our trip... no luck. Well, that did it - we decided to cancel our travels through the Basque country in the north of Spain which, as it later turned out, would prove to be a very, very good call! Thankfully what happened next didn't change our new plan: we were heading back to Arnedillo for the night when I realized something very interesting - both of the brakes were working again! I later learned that the problem had likely been caused by overheating and that the fluids had simply had to re-condense. After the fluids regained pressure it was just a matter of applying the breaks and 'voilà' - back in action! 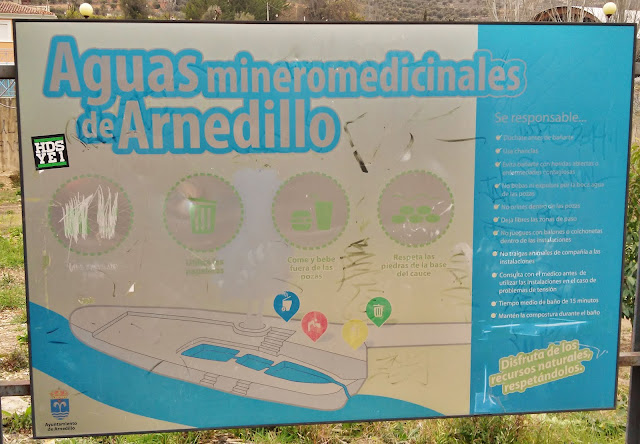 That evening we had another look at the hot pools (though they were a bit... nasty, so I don't think we went in) and then, the next day, we headed on to Madrid!