On Friday, May 6th, I rode to Ciudad Real for the Conferencia de Jovenes (young people's conference) - a gathering of young people in the church. The last time I was in Spain (back in 2010) I went to one in Cordoba. 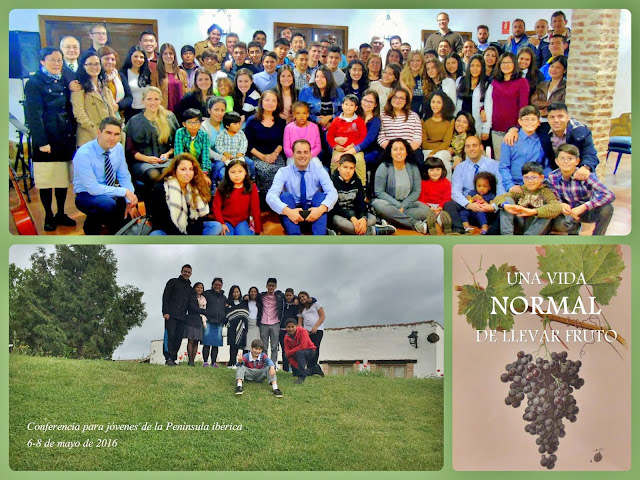 As before, we enjoyed a lot of time together eating and enjoying and I got a chance to talk with a friend who, like me, is also planning on moving to Germany in the next year. 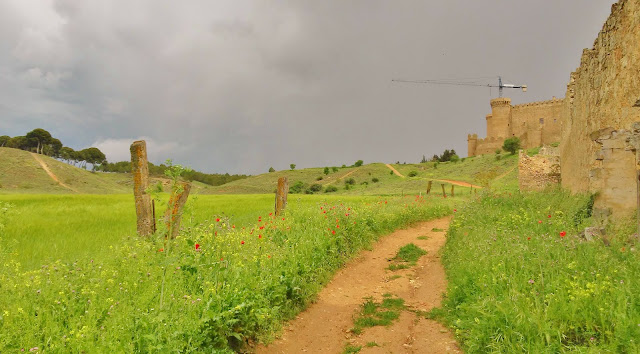 About a week later my good friend Steve arrived from the UK and we spent the afternoon at the castle in my pueblo. The next day we went to Restaurante Castilla for a solid Spanish breakfast of Chorizo, pigs ear and other rich, oily meats. We then headed over to las Lagunas de Ruidera (the lagoons of Ruidera) - a group of lakes famously depicted in the story of Don Quixote.

Next we had lunch at a nice roadside restaurant on the way over to the waterfalls of el Nacimiento del Rio Mundo (the birth of the world river) - one of the most beautiful waterfalls in Spain. 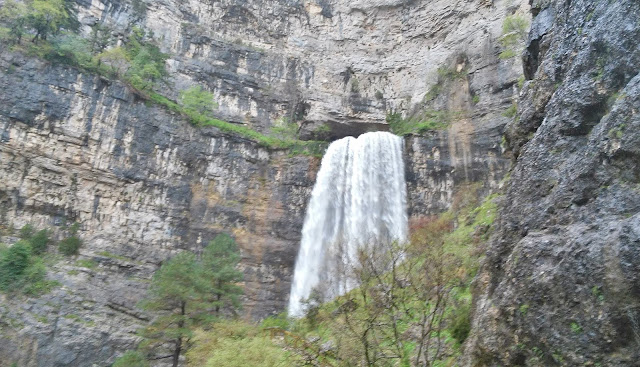 Finally, after wandering in the forest for hours trying to find the entrance to the cave at the top of the waterfall, we had a nice lamb dinner in a restaurant near our campsite. We made sure to leave a "propina" (tip) even though the custom is really not that big in Spain as of yet.

The next day we had another fantastic roadside food experience (lots of oily, meaty goodness!) on our way to Cuenca. Upon our arrival we first had a look at the Casas Colgadas (hanging houses) and Casco Antiguo (old quarter) before making our way over to the trail head at the other side of the valley. 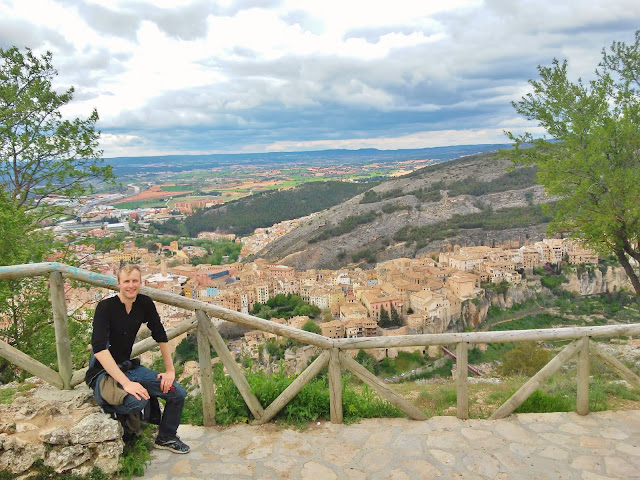 It was a reasonably brief hike (about 30-40 minutes) up to a rather large statue at the top then we hurried back to Casco Antiguo to meet up with Laura and Jonathan at a cafe. Finally, we went to Museo Antonio Perez to see some artwork. 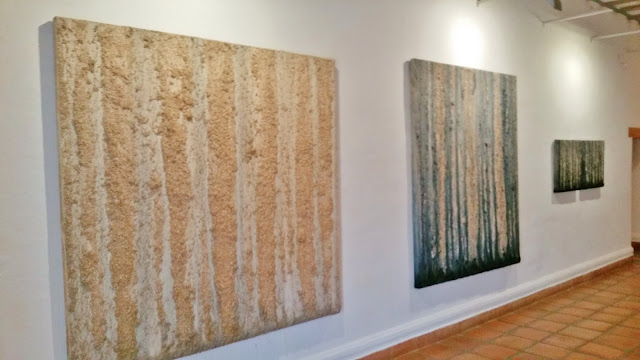 We were both particularly fond of the works of Bosco Sodi (above). He glues sawdust to canvases and pours paint down them to get images that often resemble forests or sometimes something more elemental like lava or water.

Back in Belmonte we had another very nice meal, this time at at La Muralla (one of the main restaurants in town), and, the next day, Steve headed off to the airport for his flight home to jolly old England. Overall, the trip was a complete success and, aside from a bit of rainy weather and slightly inadequate sleeping arrangements at the campground, we couldn't have asked for better conditions. Okay, some signs pointing us to the cave might have been nice but, then again, getting lost is part of the fun!