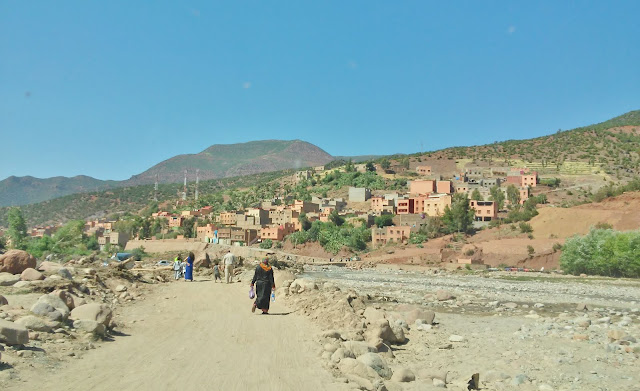 On Sunday, May 29th, we woke up and had some traditional Ramadan desserts for breakfast. I think we had Halwa Chebakia (sesame cookie), almond milkshake and dates. The rest was some sort of bread (Batbout?), which we dipped in olive oil, and some yellow stuff. Yummy!

After that we went to the mountains to visit the village that we were supposed to be staying at the previous night. There we met a girl named Loubna; she had really good English and so she became our guide. 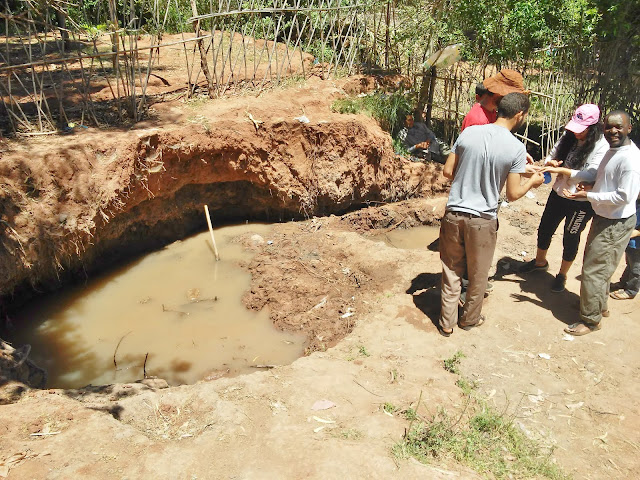 She took us on a wee hike and showed us a place for taking mud baths. Following her lead, we took some of that mud and started smearing it all over our faces and arms. Apparently it was something especially healthy - the mud and the soda water we drank at a natural spring before that... which wasn't all that great in my opinion. We then went to her dad's place and had some Moroccan mint tea before heading over to a hut to have lamb Tajin with her family. 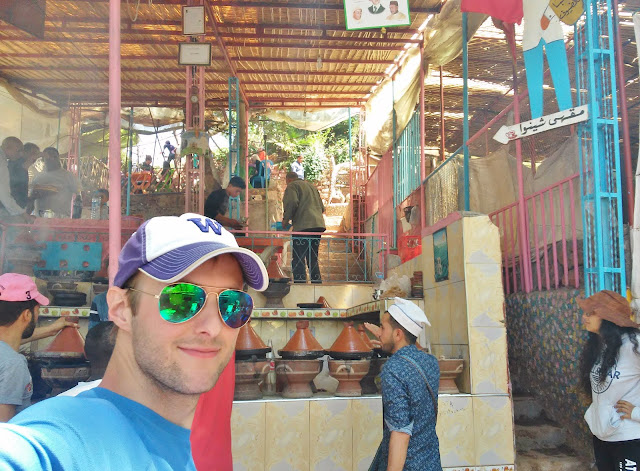 Finally, we left the village and headed back to Marrakech to visit the Medina there. We had more tasty sugar cane juice and tried to get to the Hammam for a steam bath... but we were too late.