12/01/2010
Today I had to pay rent but I didn't have the money because of the whole visa thing. I had a unpleasant conversation with the manager and ended up paying half of the rent with the promise that I would pay the rest later in the week... you would think she would be more understanding considering that she's the one holding all the cards here.
12/02/2010
Botellón: a social activity among Spain’s youth, who gather in public areas to consume alcohol as an alternative to going to a bar or club. Tonight I finally went to a Botellon to see what all the fuss is about. After arriving I looked for some friends I was meeting but, alas, I do not have a cell phone. No matter, this just made it easier (gave me a reason) to meet some Spaniards. After catching a ride with my new friends back to the Albaicin a couple of us went for Schwarmas and talked about xenophobia in Spain which apparently makes it difficult to meet Spaniards. 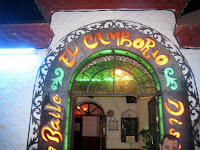 Today I woke up really late and my leg was really stiff. Turns out it is completely swollen, probably from last night. Elise invited me and Andrew to go walk around the woods up in her area for a bit and have dinner at her host family's. It turns out Elise lives with the best view in Granada. She can just walk down the street into a forrest overlooking all of Granada and the Alhambra.

We did some hiking around and climbed up a wall we dubbed “the great wall of Granada.” 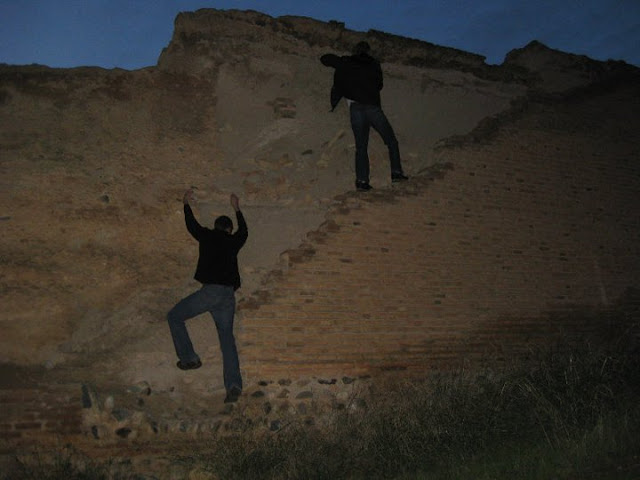 Andrew fell off while climbing, but I caught him so fortunately wasn't seriously injured. At the top we received a privileged view of Granada as the sun set. 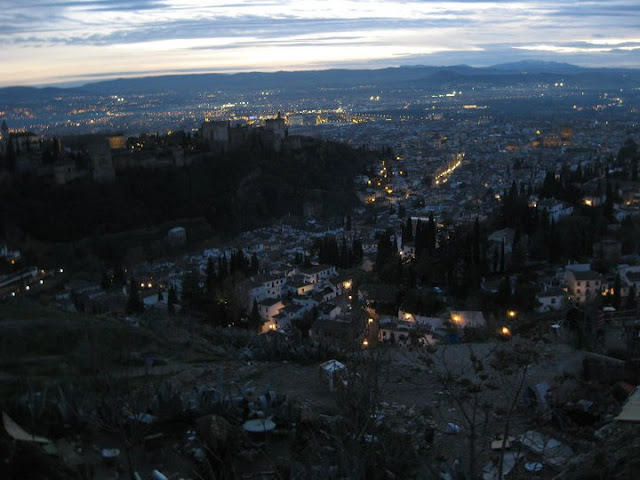 After getting back to Elise’s we played some cards and met her host parents. Later in the night she fed us some chicken, pasta with veal, and other tasty stuff.

12/05/2010
Today I posted on Easy Piso and Loquo while emailing people the link to my listing. I got several hits within an hour or so and by evening I had successfully sold the piso to a Japanese girl. She will be paying for the last week of December and for the 225 euro deposit. Later I went out with Elise and Raphael and we met up with some of his friends at a club called BoogaClub where we listened to some interesting Jazz and had a couple drinks.

All Photos
Posted by Travis at 4:55 AM