08/31/2011
Today the Green Tortoise began driving to White Sands, New Mexico. After five hours of playing “Speed” and “Rummy” we arrived at a shop where everyone chipped in to buy some disks for sledding on the dunes.

It would have been nice to have some stiff sand boards, but the disks were still fun. After some time on the dunes everyone decided to hang out in one of the shelters out of the hot sun. As we began another game of  “Rummy” the wind suddenly picked up and blasted the site at which point I decided to try some tarp sailing. 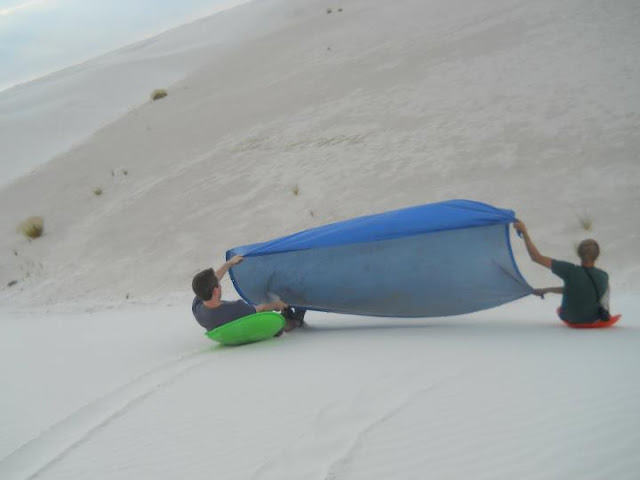 It didn’t work well as the wind began to die down but it did seem to provide a boost going downhill.  Later everyone watched the sunset and boarded the bus for Big Bend National Park in Texas. 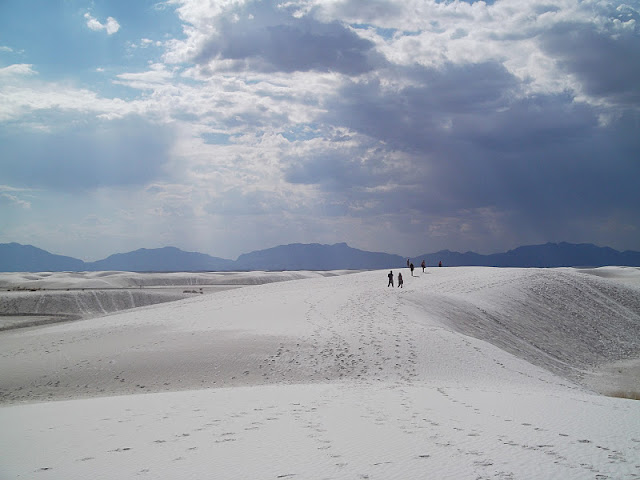 All Photos
Posted by Travis at 8:30 PM