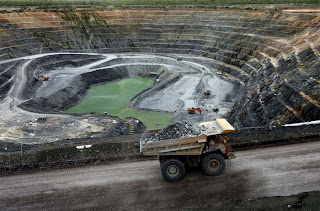 First of all, why work in Australia?

So I'll be arriving in Australia January 12th, 2012 and when I get there I will be looking for work. The Australian economy is the least effected by the global economic crisis and is actually doing quite well. With unemployment way down at 5.2% in October and a minimum wage of $15.51 (nearly double that in America), Australia is an economical powerhouse. Need I say more?

Why work at the mines in Australia?


Put simply, the mines pay. With the unemployment so low and the increase in demand for minerals by China the mines are scrambling for workers. Australia is desperate for skilled workers and the biggest demand in Australia for these workers is in the mines. Now, while I don't have these particular skills, many entry level jobs at the mines such as being a Driller Offsider and working in Sample Preparation do not require any skills and are a quick way to learn on the job and make a decent wage in the process. If you are healthy and have strong work ethic, they can use you. I recently read an article about a high school dropout in Australia who went to the mines and made 100k his first year. This was seven years ago and he has made a million dollars since. If he can do it so can an athletic college graduate from America.

Stay tuned for upcoming entries as I begin the search for employment in Australia!
Posted by Travis at 2:37 AM