At 1a I dragged my food poisoned carcass onto the 14.5 hour flight to Taipei, Taiwan. After sitting down I began waiting for the plane to take off so I could use the bathroom. An hour and a half later we began moving... meanwhile the lady next to me allowed her little rugrat to crawl all over me. This kid would wait until I was falling asleep then grab and shake me awake. After a while I asked if I could use the bathroom even though the seatbelt sign was on and found that it was actually supposed to be off. As I got up a couple others overhead the good news and raced to the lavatories. Fortunately, I was still able to find some unoccupied ones in the back. When I returned the lady had put up an airplane crib mount for her kid and so, not only did I have to climb over from the other side, but my screen for watching movies was trapped under the crib. For the next 14.5 hours I sat as the lady and her kid went back and forth from the crib making no effort whatsoever to keep to themselves. During both meals the kid decided to help himself to my food as he just couldn't seem to stop grabbing at me and my belongings. His mom pretty much just sat and giggled as her kid harrassed me througout the whole flight... yeah, hilarious.

I've basically lost a day and on top of that the delay of the first flight means that my second flight left immediately after I arrived in Taipei. I literally got off my 14.5 hour flight and onto another 4.5 hour flight... at least I had a little personal space this time. 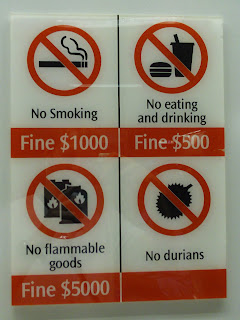 After flying eight thousand miles from the US to Singapore I met a Russian traveler in the airport who was on holiday in Asia for a couple weeks. We went to buy tickets but I didn't have cash so I ran to an ATM and went back to buy my metro ticket. When I told the attendant I was here for three days she suggested a multi-pass which allows unlimited use of trains and buses for just $30 for three days - $10 back upon card return! After getting my pass I headed for Aljunied station next to my hostel. On the way I spoke with some Spaniards about my time in Spain and about Singapore. They were here to study and were in the middle of one of their usual five day weekends. One of them was actually from Argentina so I said "me shamo Travis" because Argentinians pronounce double L with and "sh" sound. I knew this because one of my Spanish teachers at the University of Washington was Argentinian.

After about 15 minutes I arrived at Aljunied station. From there it was only a block walk along the tracks to the Urban Hostel in Geylang where I paid just $10/night! Urban hostel is in the "red light district" of Singapore so that's why it's so cheap. On the other hand, the area is actually more interesting and cultural than many other places from what I can tell. Not to mention that you can just hop on the MRT for a couple minutes and be in any of the other areas. After settling in I contacted my friend Y.K and we met at Raffles station then went on from there to get some shish kebabs (refered to by locals as satay), spring rolls, fried banana, and a Tiger beer. 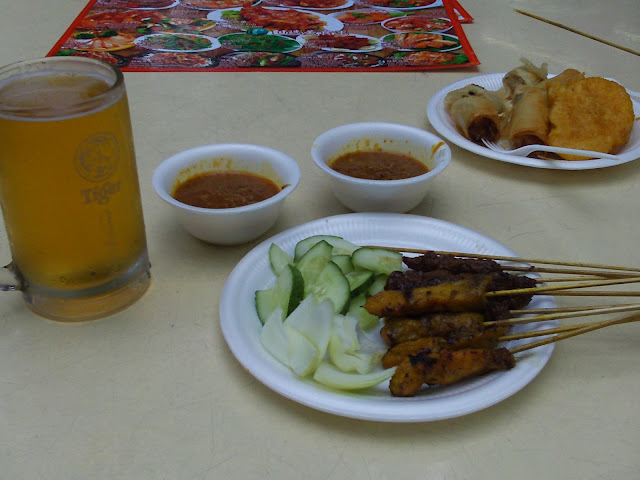 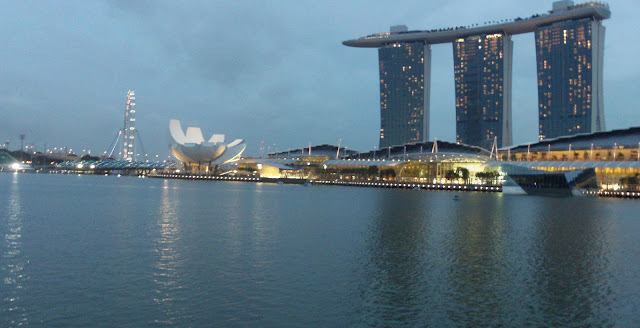 After touring the harbour we went to China Town's segmented shops known as "hawkers" for some sweets where I got some bean humbow (called Pao by Singaporians), a fluffy egg desert, and a mango dish with giant lime (pamelo) garnish. After snacking we decided to call it a night so we headed out on the green line. 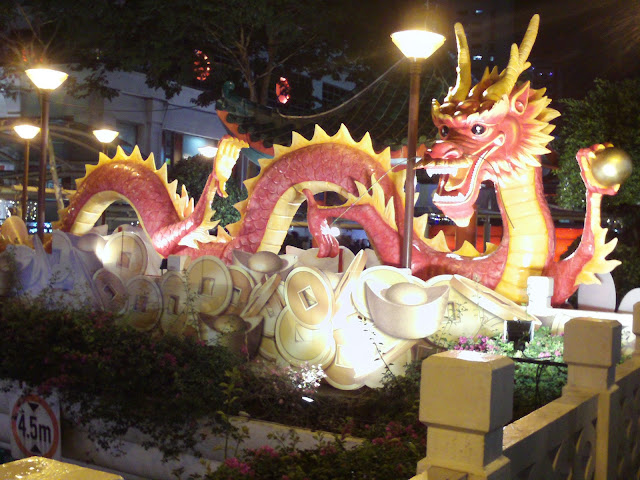 All Photos
Posted by Travis at 3:32 AM

Email ThisBlogThis!Share to TwitterShare to FacebookShare to Pinterest
Location: Singapore