Today I went to Hahndorf, a small German township outside of Adelaide.. it was about 25km (15 miles) each way (50km total). The hills going there and coming back were pretty extreme, but I actually felt pretty good considering. 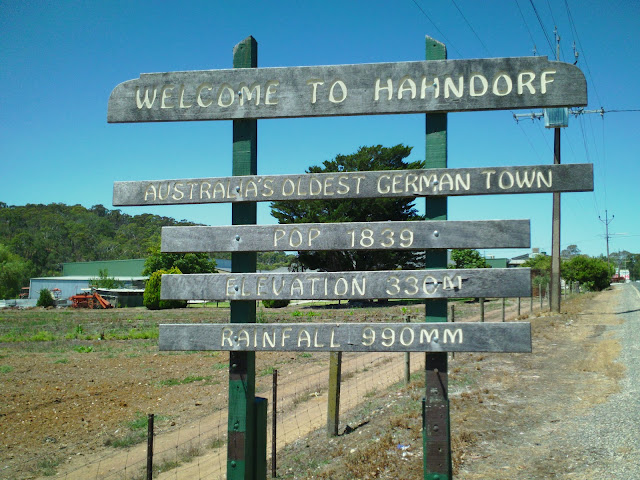 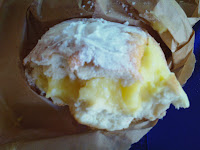 In Hahndorf I went to Otto's Bakery and had a doughnut with custard. It was pretty good - had a floury/doughy taste and plenty of custard. I went back in and had a hot dog bun looking thing with honey cream down the middle.. it was too sugary though and made me feel a bit sick. 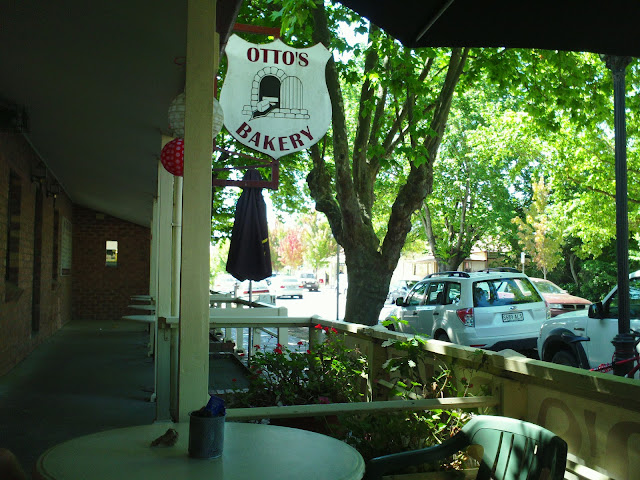 Next I went to the supermarket for a can of beans since I wasn't going to be able to enjoy anything for a while anyways. Then I went to the sweets shop for some carmel/almond and baileys fudge. Finally, I stopped in at the butchery and got some veal jerky (I'm not necessarily into the whole process that goes into making veal nor do I appreciate the waste that probably comes from slaughtering an animal before it matures, but it was all they had). All in all it tastes alright and now I can say I've had it. 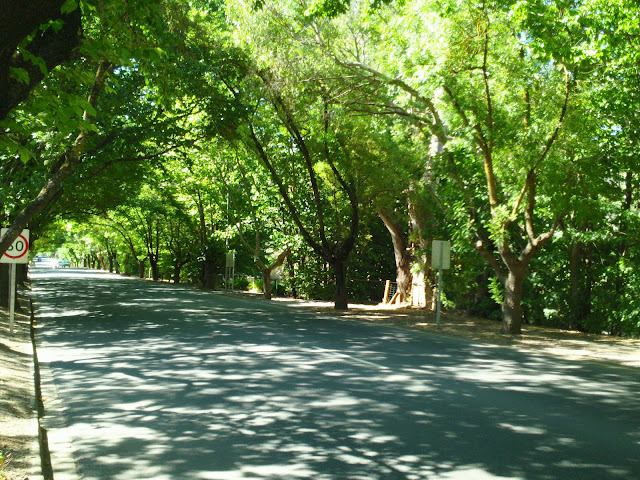 On the way back I decided to take a different route (the steep one since I would be going back down this time). I still had to climb back up some of the hills that brought me down into Hahndorf (maybe even a few more than it took before...) but the finish was all downhill, very downhill. In fact, I'd say that the chances of me surviving a crash were just about nonexistant... that being said I hit a pot hole at about 60kph (40mph) and my life pretty much flashed before my eyes.

All Photos
Posted by Travis at 7:59 AM