On Friday, December 25th, I flew from Madrid to Copenhagen, Denmark. Upon my arrival, I met up with my good friend Marcus and we set out to see some sites. First we went to Christiania, also known as "Freetown Christiania", for some backgammon. 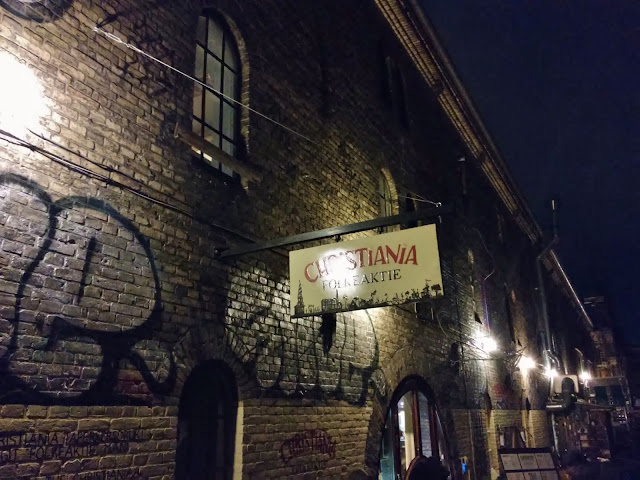 The area itself, aside from the funky, hippy sort of vibe, has a pretty interesting history. It's a self-proclaimed autonomous neighborhood covering 84 acres regarded by civic authorities as a large commune. Apparently, a special law in 1989 transferred parts of the supervision from the municipality to the state. I guess this made some people unhappy as the area was abandoned temporarily in 2011 while the Danish government was deciding what to do with it.

After a couple games, we went to find a bike. The funny thing about Copenhagen is that there are so many bikes that you can literally find a busted one, fix it up and have a free bike! You just have to look for the yellow tape placed on the back tire by authorities which signifies that the bike has been officially abandoned. Marcus, with his history of bike recovery/repair, and resulting collection of tools, was able to sort me out with a bike in a matter of minutes. 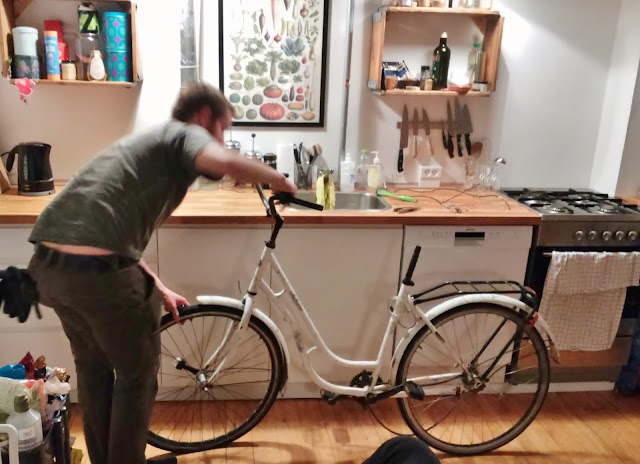 The next day we went grocery shopping with some friends and cooked up a bunch of food for a traditional Christmas day feast. The following day we would be eating: mushroom bake, award winning bacon, meatballs, liver paste, hummus and a shot of intentionally bad snaps every hour. We also played a few games... the one I can mention here being the hidden almond game - a game where you get a prize if you find the almond in your food. The other games were just... creepy.

Over the next couple of days we biked around, made burgers, slept and I went to the Bakken - the oldest operating amusement park in the world. Opened in 1583, the park has a few rides and some things to see, but what I really liked about it was the forest out back. Considering that the park wasn't really open, I went straight back and started looking around for wildlife. It wasn't long before I found a whole herd of deer and, later, even more still.

Up to this point I had been really enjoying my visit to Copenhagen. Of course, we still had New Years Eve to celebrate. Marcus has friends all over the city (he's even moving closer so that he can imitate the cast of the show "Friends") so we had a big night ahead of us. First we went to dinner at Phillip's place, where we watched the queen give a botched speech, and then we went to Thomas' house and watched a traditional NYE special about a butler who gets drunk trying to serve a lady who keeps insisting that he "help" her finish the wine. He makes a solid effort to maintain his professionalism but, in the end, he just can't hold it together.

As the night continued we visited a number of Marcus' friends by bicycle and eventually ended at a nice apartment where we literally jumped into the New Year off of some chairs. The fireworks during this time were going full bore, like I've only seen in a short bursts during a show, but for over an hour! The last house was where I had to leave Marcus, as we were up quite late and he was still going hard, so I took my bike and rode it home on a flat tire and with no map... thankfully I remembered the station near Marcus' place "DR Byer" and was able to arrive back without a problem.