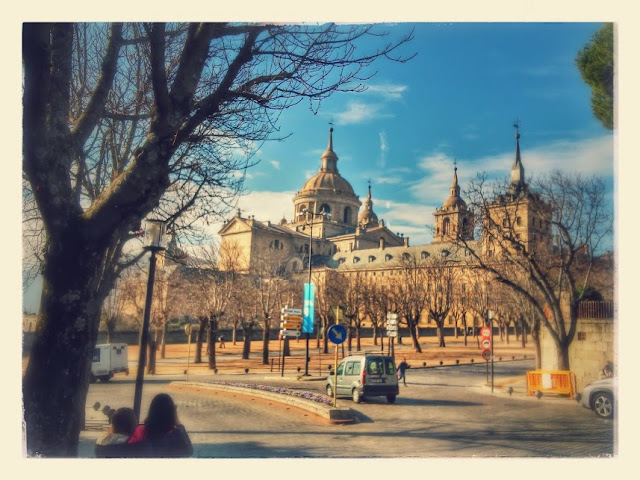 On Thursday, 17th of December, I joined my colleagues for some paella at Julio's in Pedro Munóz just because. That's one of the great things about life in Spain - people don't need a reason to come together and enjoy good food. Like everyone else, Spaniard's have their special days for being with friends and family (though I reckon they have quite a few more than the rest of us), but they're also just incredibly sociable! I like to talk about the kids as an example. Kids in Spain have their video games and things just like the rest of the world, but they also spend a considerable amount of time just standing out on the street talking with their friends. I mean JUST talking... for hours. They do this so often that you literally see them everywhere you go. I seriously can't think of one time when I've seen kids in America standing on the street just chatting with their friends. I think we just enjoy being on the go so much that we can't stand the idea of just standing around talking. Of course, I suppose either case has its pros and cons. 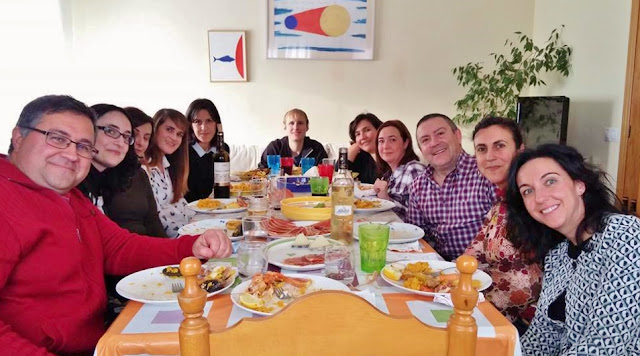 The next day we went on an excursion with the students to El Escorial (Royal Seat of San Lorenzo de El Escorial), a large complex of royal buildings historically called home by the king of Spain. Completed in 1584, the site has a number of buildings, including a monastery, royal palace, museum, library, school, etc. Unsurprisingly, it took us the better part of a day to see the whole place. 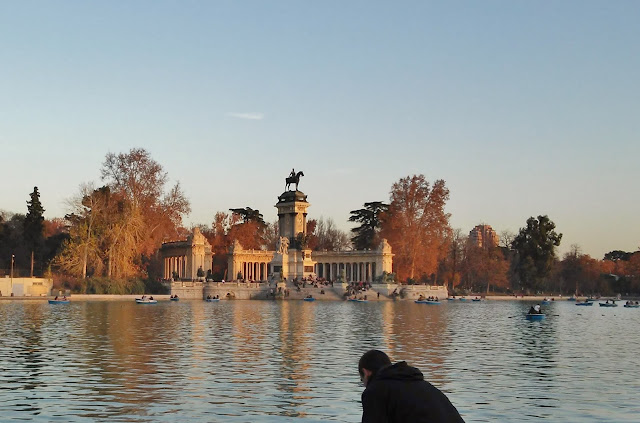 I spent the next couple days in Madrid and then took the bus back to Belmonte. Now only a couple days away from holidays, I started looking at travel destinations (flights around Europe are generally quite cheap and easy to come by even last minute). I already had a big trip planned for Andorra with friends from Madrid, but that wouldn't start till January 2nd, so I sent a message to my friend Marcus in Denmark about going to visit him in a couple days. Then, back in Las Mesas, the whole school had chocolate and held singing performances by the students.


The next day, having confirmed my trip to Denmark leaving the following day, I stopped in for a short visit with Julio and friends for Noche Buena (Christmas Eve dinner) and had some amazing food - Jamon, baked shrimp, mussels, roast lamb and cheesecake. Well, it was midnight before I finally hopped on the bike for my 3.5 hour ride to Madrid through fog and ice... the things you do to make a flight!