Camping at the Cliffs!

On Sunday, May 14th, Chu Sum and I started making our way over to Sai Kung to go camping. Chu Sum actually went home first to get his stuff while I stopped off to have a quick lunch with Jo over in Quarry Bay. We caught up a bit then I continued heading over to Sai Kung where Chu Sum was having a panic attack - somehow he had left his wallet at home. This is strange because he somehow remembered his Octopus card which would have usually been in his wallet. It didn't take long though before we realized that he really didn't need it... or it may have been that he found it - I don't actually remember. In any case, we caught the bus to Sai Wan Pavilion and did the usual hike to the cliffs. Once we arrived we did a few cliff jumps then set up camp on the rocks. 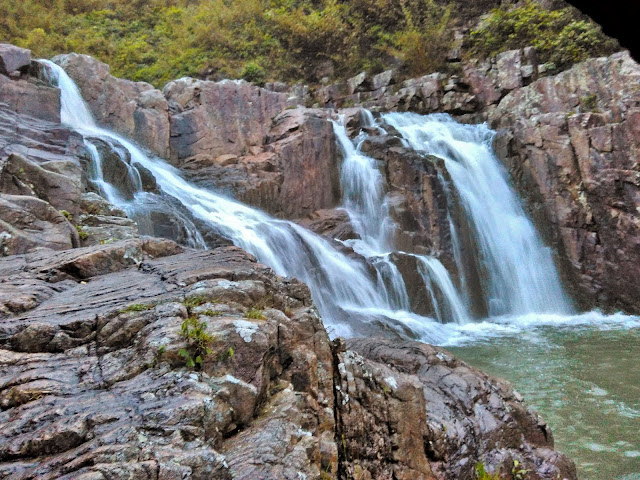 We had planned on camping up higher in the grass but Chu Sum didn't feel comfortable scaling the wall with the gear. Later that night this proved to be more interesting than we could have imagined. Not only are rocks a bit hard to sleep on but the weather soon became a major concern. The next morning we woke up to rushing water... this had me fearing the worst. As I opened the door I found that the water level had risen almost all the way up to our tent! The rains had caused the river to flood so we were lucky to be just high enough that it didn't get us. Nevertheless, the loud waterfalls were enough. Unable to sleep anymore, we packed up our gear. The hike back was a bit different with the higher waters, slippery paths, etc. but nothing crazy... except for the giant snake hanging out on the path! 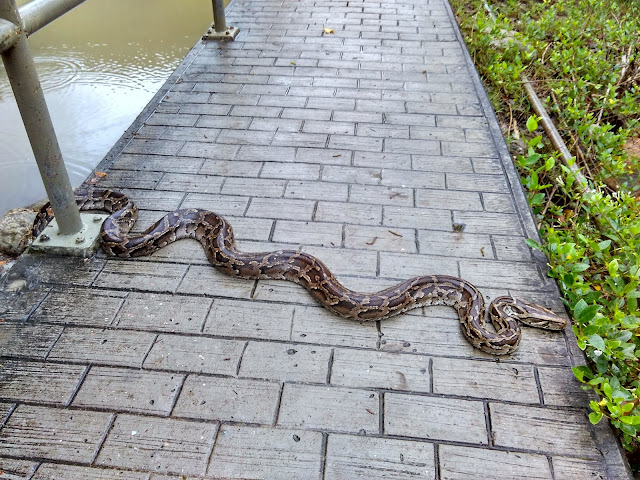 Seems heavy rains cause more than just high water. We were soon back at the pavilion where we waited about a half hour for one of the first buses to arrive. We then continued back to Chu Sum's where I started preparing my bags for Vietnam. I spent the next few hours getting to the airport and trying to check in for my flight... unfortunately, that didn't quite work out. Turns out Americans need a visa to go to Vietnam. I tried doing a VOA (visa on arrival) but, even with the paid services, that process wasn't going to be fast enough for me to use my ticket. So I missed my flight.

This left me with one option. I applied for an electronic visa (E-visa) through the Vietnamese government website and re-booked my plane ticket for two days later. Thankfully, Chu Sum and his family were happy to have me for a couple more days while I sorted everything out. It's also good that this happened in Hong Kong where the cost of my mistake was easily absorbed as a miscellaneous travel cost rather than the travel nightmare that it could have been.