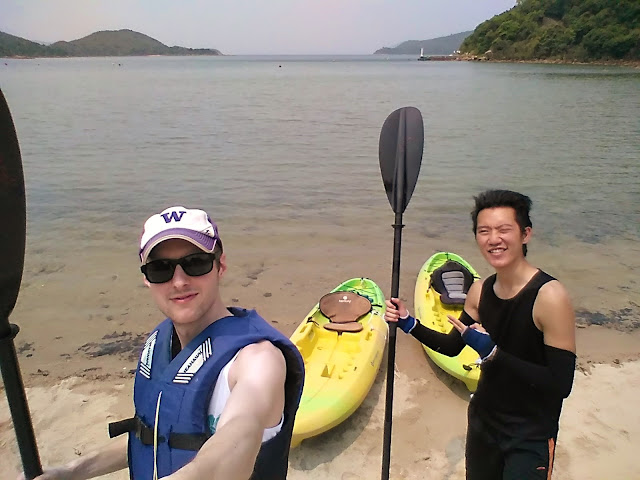 On Saturday, 6th of May, Chu Sum and I went to Hoi Ha for a kayaking trip to Tap Mun (Grass Island) - an island we had previously camped on. The buses from Sai Kung would have been the best deal but they were few and far between so we took a taxi. I think we spent about double the bus price (only about $5-10 USD anyway) but got there in half the time which actually ended up being the difference between going and not going. At the kayak rental office we decided to hire two kayaks... so that nobody got stuck doing all the work. 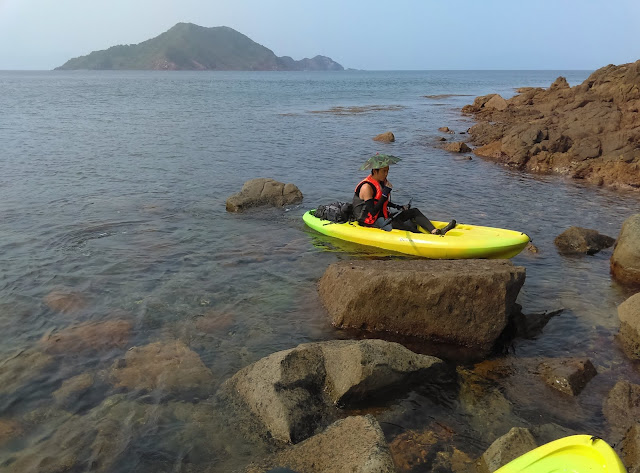 Soon after we began our voyage we made a stop in the rocks. Chu Sum was wearing a special hatbrella that I got for him - a very functional and envy inducing accessory that I would have liked to have had on such a hot day. There we disembarked to take some photos, at which point Chu Sum's kayak began to float away. We quickly recovered his kayak and continued on toward the island. 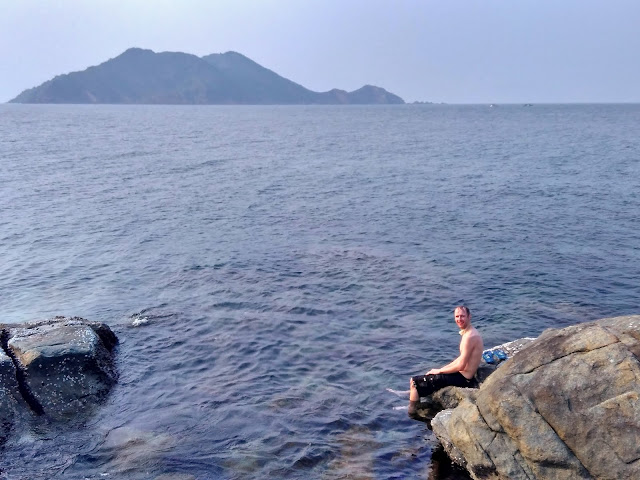 Upon arriving at the island we quickly pulled out lunch before taking a quick swim with the sea urchins - there were dozens of them! At this point we really didn't have any time left so we paddled back as quickly as we could. 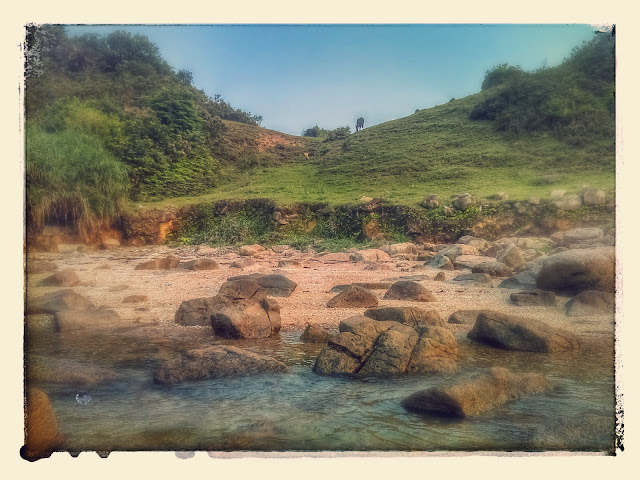 It was getting late as we arrived back and we were tired but I managed to get a pretty good shot of some of Hong Kong's ubiquitous wild cows grazing up on a hill. After returning our equipment we rushed to rinse off as the mosquitoes came in full force. The kayak company had a barrel of water with ladles for scooping out cold water and pouring it over yourself... pretty sure they added insect attractant. Finally, we caught the last bus back to Sai Kung and had dinner before making our way back to Mong Kok. There Chu Sum and I had some rather interesting fermented coffee...