On Saturday, July 26th I took off on a two to three hour road trip to Sylvia Flats Hot Pools in Lewis Pass. Unfortunately, I got such a late start that I only made it to a rest stop 50km past Hanmer. The next day I got going early and was sitting in hot pools by about 9:30am. 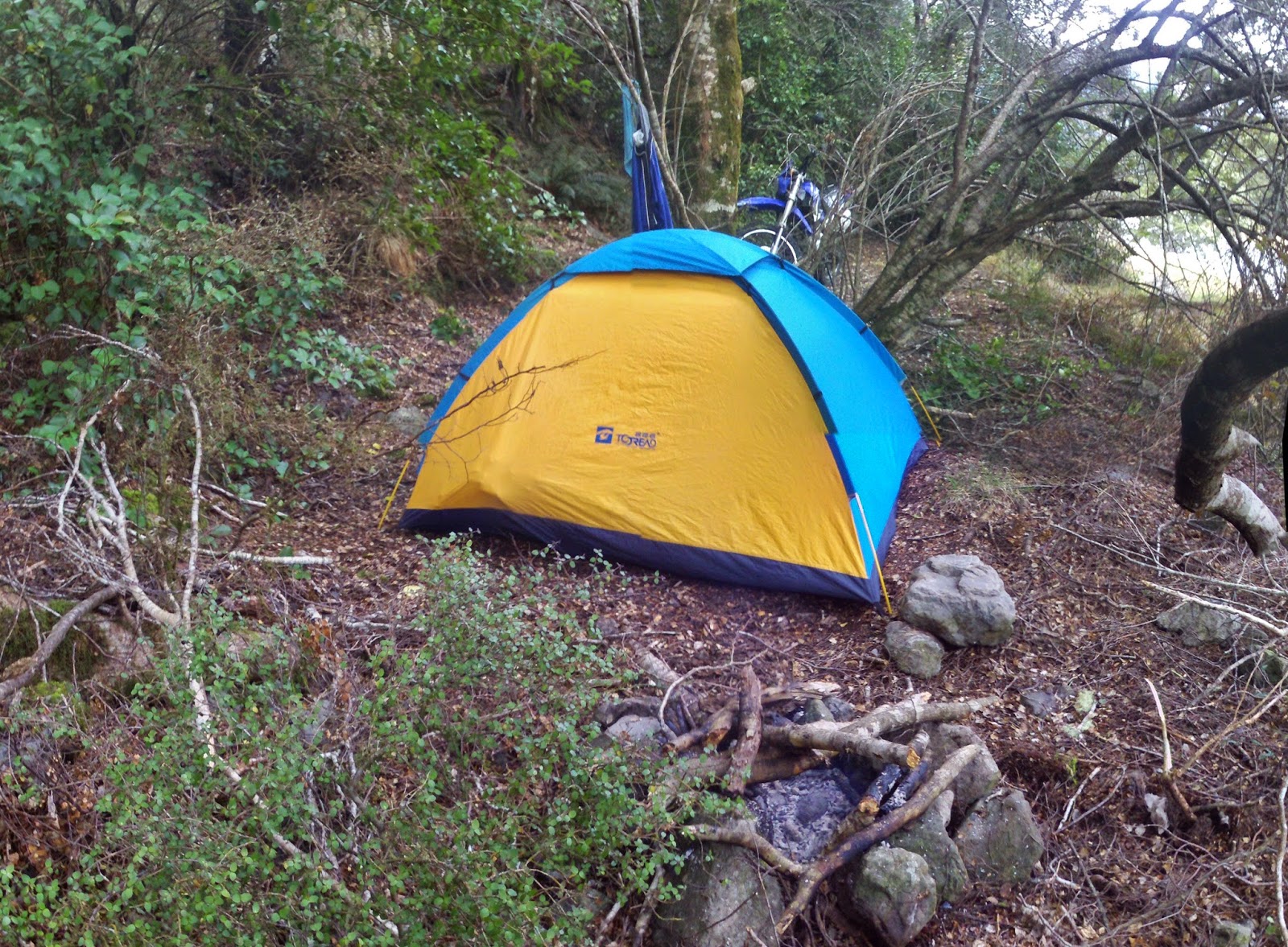 After a good three hour soak I set up camp and made a fire. While I was cooking up my dinner I got a visitor, an old guy named Bill. Bill comes to the pools every night to soak and then jumps in the ice cold river when he's done! I made a point to try that the next day.

On Tuesday the 29th I rode back to Christchurch and set up camp at a place outside of town called Chamberlains Ford.

ALL PHOTOS
Posted by Travis at 9:35 PM