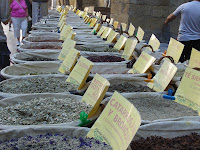 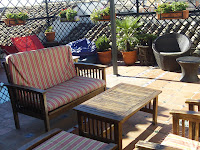 Today I got up at 6:30a for a 7:20a bus which I missed due to the extremely slow metro in the morning… I ended up paying for a cab with some others that missed the bus which still cost me 45 euros. This wonderful strike of luck was followed up with a 40 euro fee from good ol’ RyanAir for them to print out my ticket. Finally I was headed for Madrid where I caught the metro to the bus station in order to get to Granada. In Granada I walked three miles for my hostel in the middle of the night.
09/27/2010
Today I got up early and went to take my placement exam. I ended up scoring lower than I hoped because of the super fast accent and general shortening of the pronunciation of words in Spain. After the ridiculously stressful exam I went to a bar for some tapas. 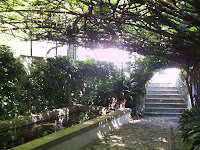 Today I went on a tour of Granada with a guide name Saul. We went to many places including viewpoints of the Alhambra and a Moorish garden. After the tour I took advantage of a siesta and went looking for a room. I talked to my friend Thomas from Germany who told me about a place which ultimately ended up being my new home. After finding a piso I went with my friend y companero de piso Kirara on the tapas tour.

09/29/2010
Upon moving in to our piso we found out from our other roommate Fee that not everything was as it seemed. Utilities may cost more than the limit of $60 which means we will have to pay the extra amount. We have to buy the gas for heating water and we don’t have internet. Also, I have to find a replacement when I leave due to the year-long contract breach fee of 250… otherwise the place is pretty nice and cozy. After moving in we had some spaghetti for dinner and I worked on my book project.