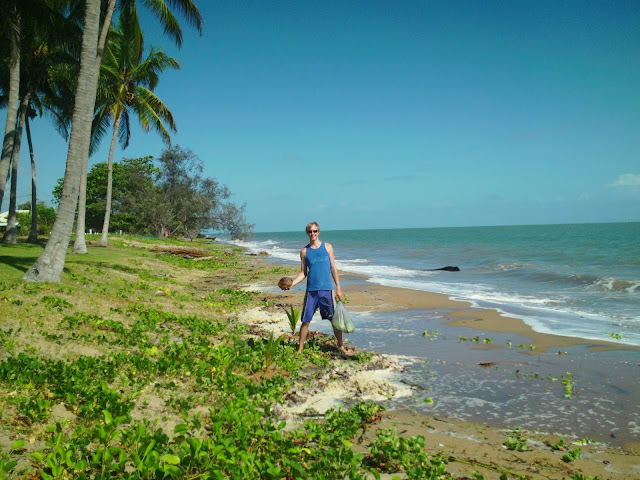 Today I woke up and grabbed some coconuts from the beach with Giac. We juiced them and scraped out the soft coconut which I actually enjoyed despite my usual aversion to coconut. After brekky we spoke with some English girls and then headed out to Paluma where we navigated treacherous twisting roads with some near misses as we passed others coming back down. Up in Paluma we swam in a rock pool, went to the lookout, visited the village and made our way back down in the rain with some more close calls. 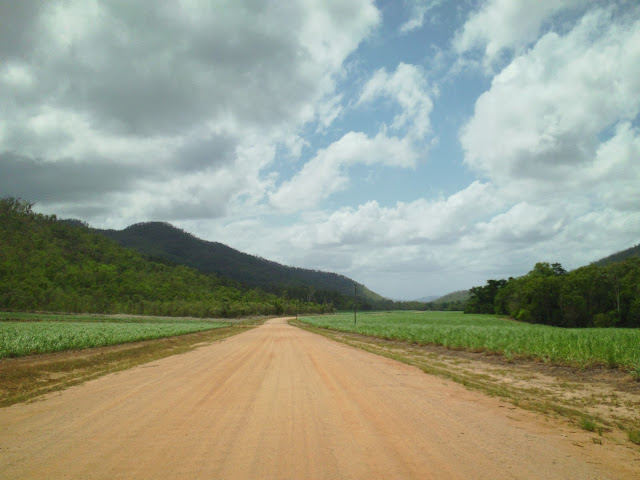 Our next stop was Jourama Falls where we stopped for lunch, watched some Germans in a "hippie camper" back into a fence (destroying their left bumper and tail light), hiked up to the falls, swam in a rock pool then returned. 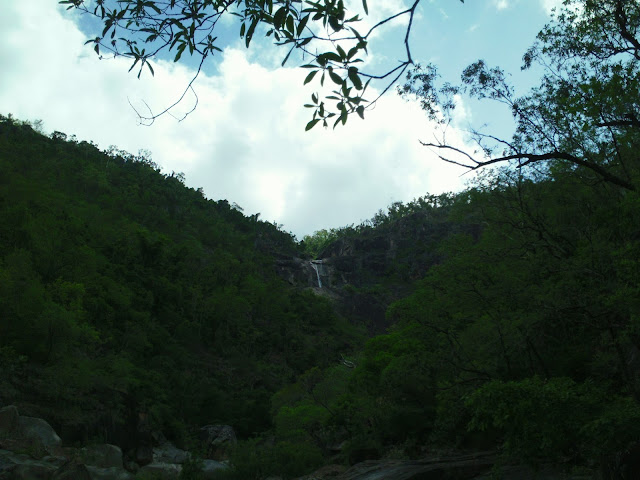 Finally we moved on to a very tropically photogenic place called Mission Beach, took in the view and headed out to a free campsite in Babinda for the night.

There we set up, had some drinks, cooked with some South Africans, who have been traveling around Australia for the last couple years, and socialized with some Germans.

All Photos
Posted by Travis at 5:11 PM