After the meeting today I hiked into Belmont Regional Park.

I walked down to a dam and back noting many DOC traps which would prevent my success there.

Later, Peter took me to see Wesley's Farm and we went up into the hills where we looked out over all of Makara. 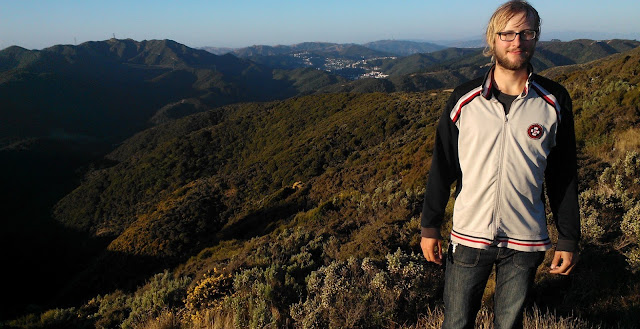 Yesterday I spent the day in Petone riding around and using the library. Today I went to Warehouse to buy a self-inflating mattress but they were out of stock. On the way back to the farm a truck randomly tried backing into traffic causing me to back into a car. I slightly scraped the car and, after checking the damage, the owner concluded that his car wasn't valuable enough to warrant further action. At Wesley's Farm (Kinnoull Station) the tenant James, who I had met the other day, loaned me a self-inflating mattress and went with me to set traps. 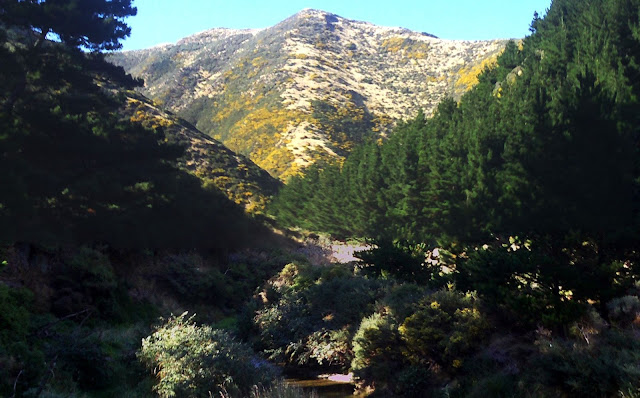 After setting five traps we went in to work on a design for the house he is planning to build on his section just outside Wellington CBD. He pulled out his plans and I put it all together on Google Sketchup. That night I caught two possums - a large and a juvenile, one escaped.

Yesterday I set five more traps and today I caught one juvenile possum... four escaped. Later James and I went to check out his property. 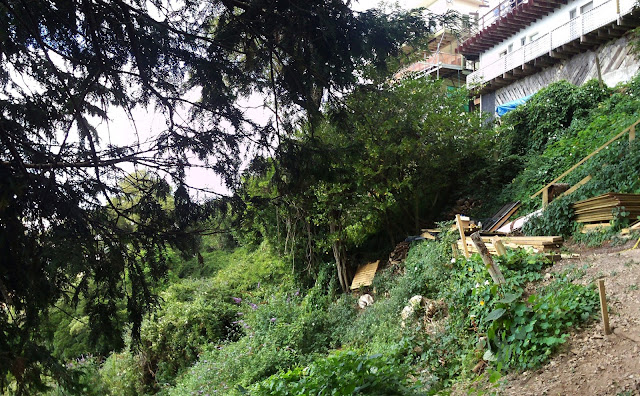 After that I rode to the Macdonalds' and we went to the meeting.
All Photos
Posted by Travis at 8:27 PM