This morning I went to Kampong Glam for a visual of Malay heritage including the Sultan Mosque - the oldest mosque in Singapore. 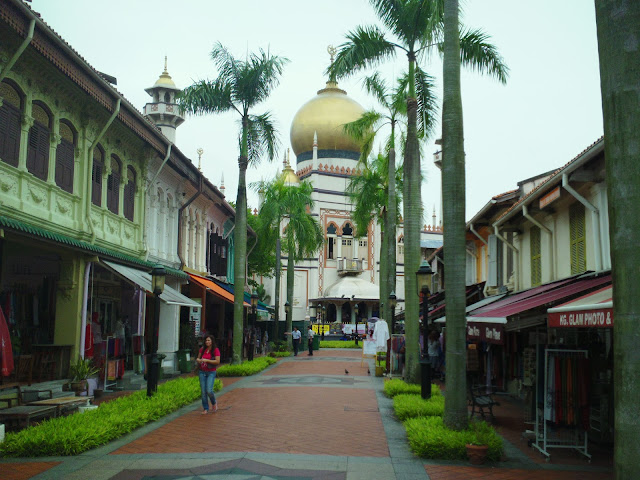 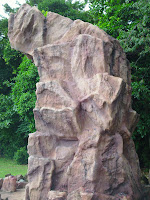 Next, I walked down Arab street to Little India for the Tekka Centre - a mall full of hawkers. After searching a bit I finally found a little place selling delicious curry and nan bread and as I ate a guy from a drink shop sold me a tasty sugar cane drink for $1.30. After chowin down a bit I headed to Labrador for the 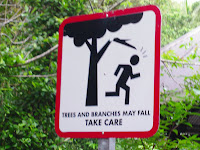 nature preserve where I saw a cool rock formation called the Dragon's Tooth and some war stuff situated randomly throughout the jungle. I was hoping to find one of their monitor lizards that roam around there but unfortunately there were none to be found. I was startled a bit by a falling branch though.

After Labrador I headed to Vivo City for the monorail to Sentosa Island. After looking around and talking to a few people I finally found its secret location on the third floor. I was surprised how hard it was to find until I found out the price - the cable car is $27, but the monorail is only $3! Over in Sentosa I saw some sites and eventually ended up in the casino. Casinos in Singapore like to charge $100 to enter, but not if your a foreigner - then it's free! So after using my passport for free admittance I found myself searching for Wheel of Fortune and Roulette. I found Roulette for only $2 per number and right off won $62 and then another $72. After excitedly cashing the tickets I went back and lost $10 at which point I decided to head out. Although, on the way I saw Wheel of Fortune and decided I could afford to play a couple rounds. After spending $50 of my $110 in actual gains I decided to call it a day. Next I explored Sentosa a bit more and took the monorail back and grabbed the MRT (Mass Rapid Transport) to Aljunied. 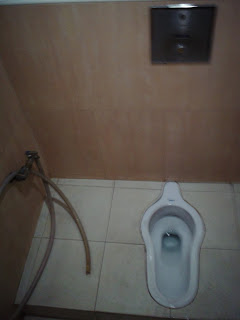 After a while YK showed up and we went to Dim Sum where I had some black jello stuff and we ate Pao (Humbow), Pork rolled in soy bean film, dumplings and fried sticky rice. Next we went for some sweet crissaunt-type bread with soy milk and soy jello. Meanwhile, I went to use the bathroom because the black jello stuff as it turns out is kind of a laxative (YK neglected to mention this before I ate it). Interesting enough, the bathroom was a squating one used my Muslim Malays and so also had a hose for squirting yourself off... I didn't realize it at the time but they also have a button above it for flushing. Anyhow, we soon left and headed for what turned out to be Singapore's version of the red light district. After wading through that we went to get Durin, a fruit that ranges from $2-$22, is covered in spikes and tastes like sweet ice cream. Oh, and it smells, the smell also transfers to your fingers and sticks around for a while. Finally, we decided to call it a night and headed back towards the hostel. 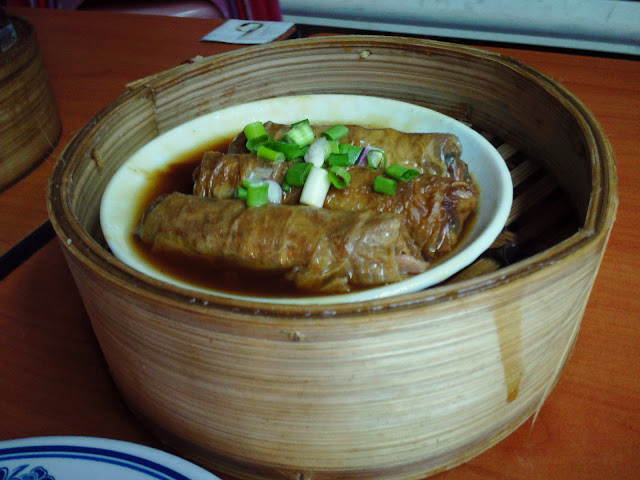 All Photos
Posted by Travis at 5:45 AM