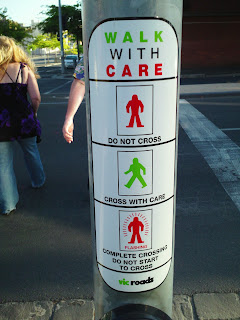 Robbie is one of those people who snaps awake at 6a everyday. Today Robbie got me up at 9a and gave me some crumpets with Vegemite. Next we went to get a hawaian shirt for the pub crawl and got some tasty salty chips from Cheeky Chicken. Then we went with Beck to our first bar of the day and after running to all five bars we ran back to Robbies, ate some pizza, and headed back out for the pub crawl with the others. At the first bar we met up with Beck, Paul, Ron, Kerryn, a couple kiwi girls Tania and Kelly, and Robbies boss, James. Finally, we started crawling from bar to bar having a drink or two at each one. As we were leaving one of the bars Rod bought me two beers so I could try Carlton and another. Against Robbies better judgment I "skulled" (chugged) them both so we could all move on. Another bar had live music and the last bar used to belong to Robbie's parents. When we got there they had a nice spread of sandwiches and potato chips waiting for us. I had a Rogers beer, which was awful, then Paul, Rod and I went for food. I got a Dim Sim, Potato Cake and Paul gave me the majority of his pizza. 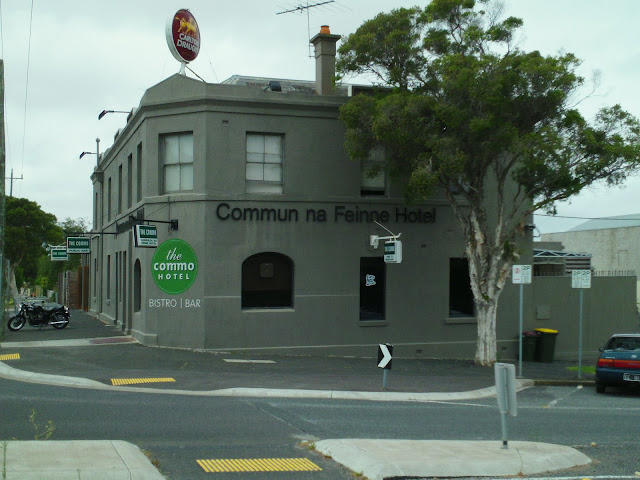 In organizing the event Robbie made it public on facebook:

"To celebrate my yank mate Travis's arrival in Australia, I'm taking him on an old fashioned Aussie pub crawl with a few mates in Geelong CBD... The Max, Lambys, The Phoenix (Woolie), Bush Inn, Carlton, Eureka, Bended Elbow, Jokers on Ryrie, The Sporting Globe (Preston), National, De La Ville and finish at Alley Cats! Please dress as an American tourist in your best Hawaiian shirt. It's gunna be grouse!"

And grouse it was.

All Photos
Posted by Travis at 8:42 AM