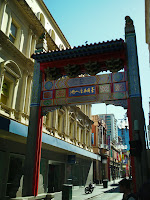 Today I ate NutriGrain cereal (Australian Wheaties) AKA "Iron Man Food," as Robbie likes to refer to it, and we left at about 8a to pick up Robbie's family for Melbourne. An hour later we arrived in Melbourne's Southern Cross Station. We walked through China Town and the Coops (Melbourne Central) Shot Tower - an old building used to create lead shot by dropping it off the top, hence solidifying it before it broke into bits at the bottom. Melbourne Central itself is a mall built around Coops. 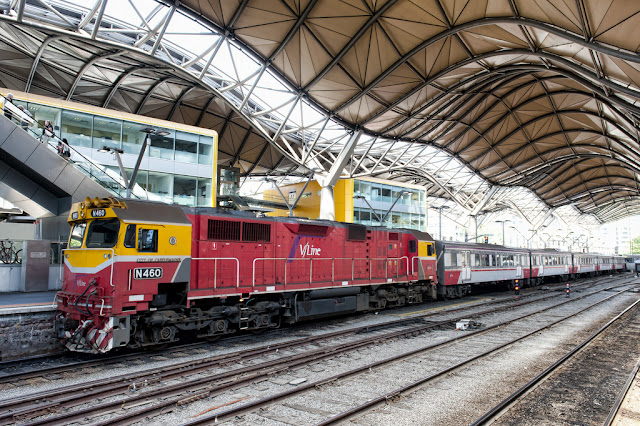 We also saw Flinders Street Station, Federation Square and finally Crown Casino where we had some lunch. 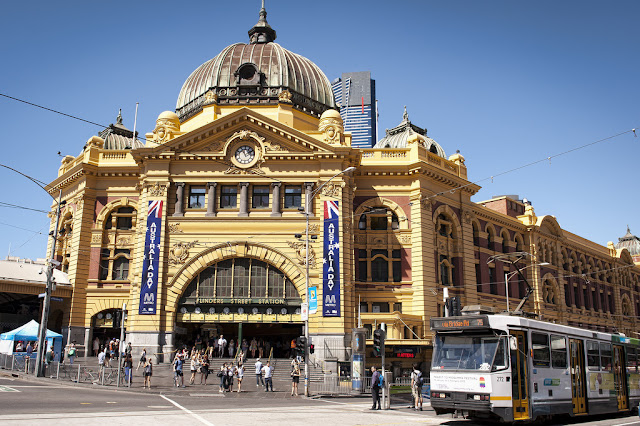 I saved room because soon after this I went to meet my brother David for lunch across town. David has been living in Australia for almost ten years since starting a family with his Australian wife Zsusha. We ate, caught up a bit and talked about upcoming plans. Back at the station I met up with Robbie and we all left back for Geelong. The hour ride back seemed like only about ten minutes as I woke up with a puddle of drool on my shirt feeling refreshed. Back at Beck's we got fish & chips with crab rolls, potato cakes, and fried/steamed Dim Sims. A very satisfying way to end the day.